Background: The Trail Board of Directors hired an engineering firm that specializes in Rail to Trails Projects to design and engineer the Trail bridges. This contract occurred before I came on board. The head of this firm is a former RR engineer. Bridge design was cast in stone and I could not make any changes unilaterally. Any design change from the first bridge built by this firm had to be agreed upon by this engineer.

Code: The bridges are built to residential code- 50 pounds of structural strength per foot between posts. 4' post spacing, able to resist 200 pounds of force at top of post. 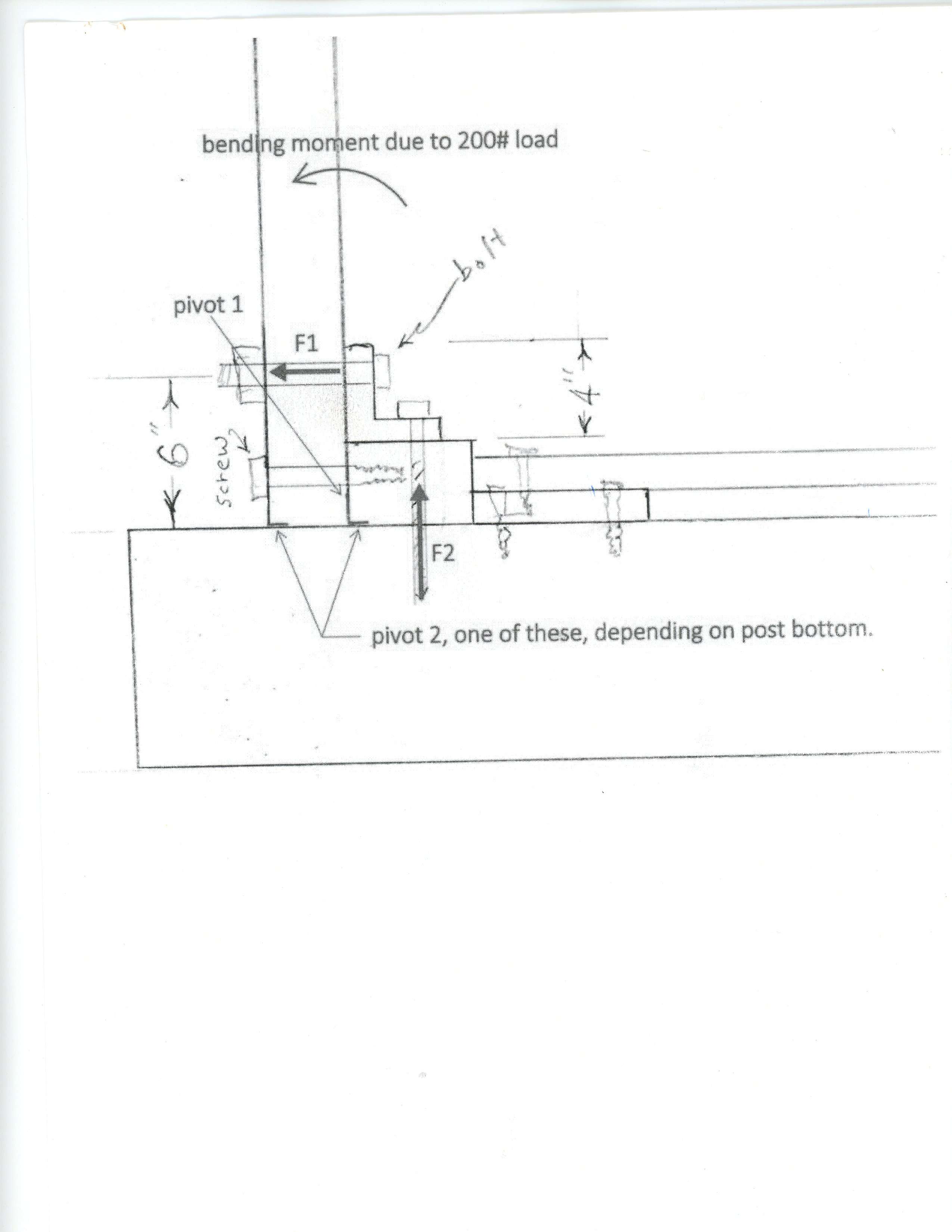 Figure 1 shows a force analysis of a 200 pound load applied to the top of the post. This force is multiplied by the lever arm from post top to the through bolt,F1, and in turn to the screws holding the curb to the deck/ties, F2.

To withstand the code load the post must not snap, the through bolt must not break and the screws that hold the angle bracket must not pull out. Calculations showed that the post would meet code and the weak link would be the post with two 1" holes bored through it. 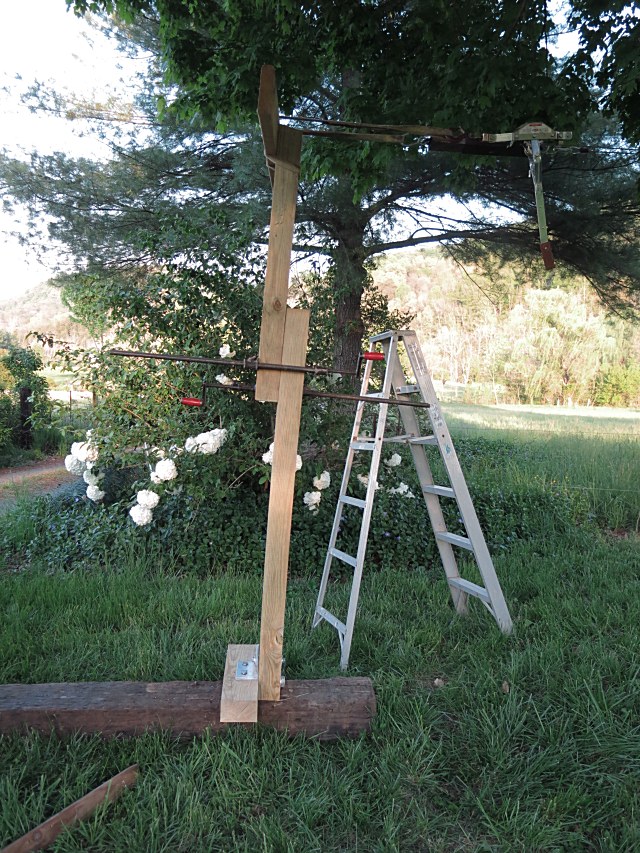 Picture 1` shows the post being tested to see what failed. At 840 pounds of force the screws pulled out of the tie. The way screw threads are designed all the threaded section of the screw is in the tie and there are no threads in the curb. I did not appreciate this fact until we tested. It appeared that the creosote treatment of the tie compromised thread withdrawal strength.

Picture 2 shows a comparison of the original and improved post hardware. 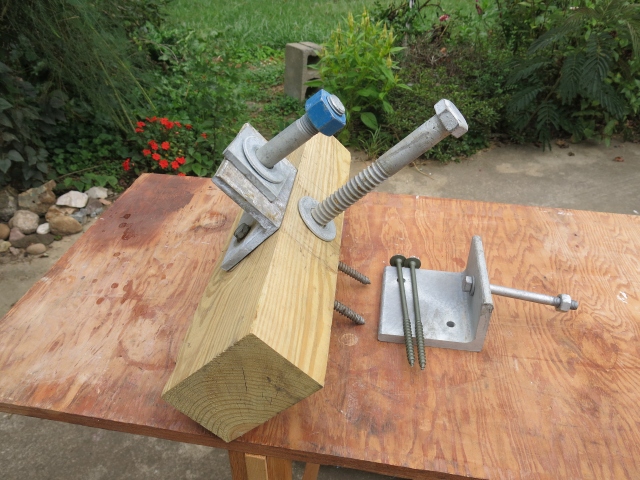 Considering the original design: The 1" lag screw has no effect on post strength other than to remove 1" of post width. It's only useful role is to hold the post vertical until the rails go on. It is extremely difficult to install this screws as it takes a 3/4" driver (think very heavy) with the harnessed worker dangling over the bridge edge. The 1" through bolt has a yield strength of 76,000 pounds. Because the distance ratio of through bolt hole to vertical screw hole is 1:1, force F1 equals force F2. 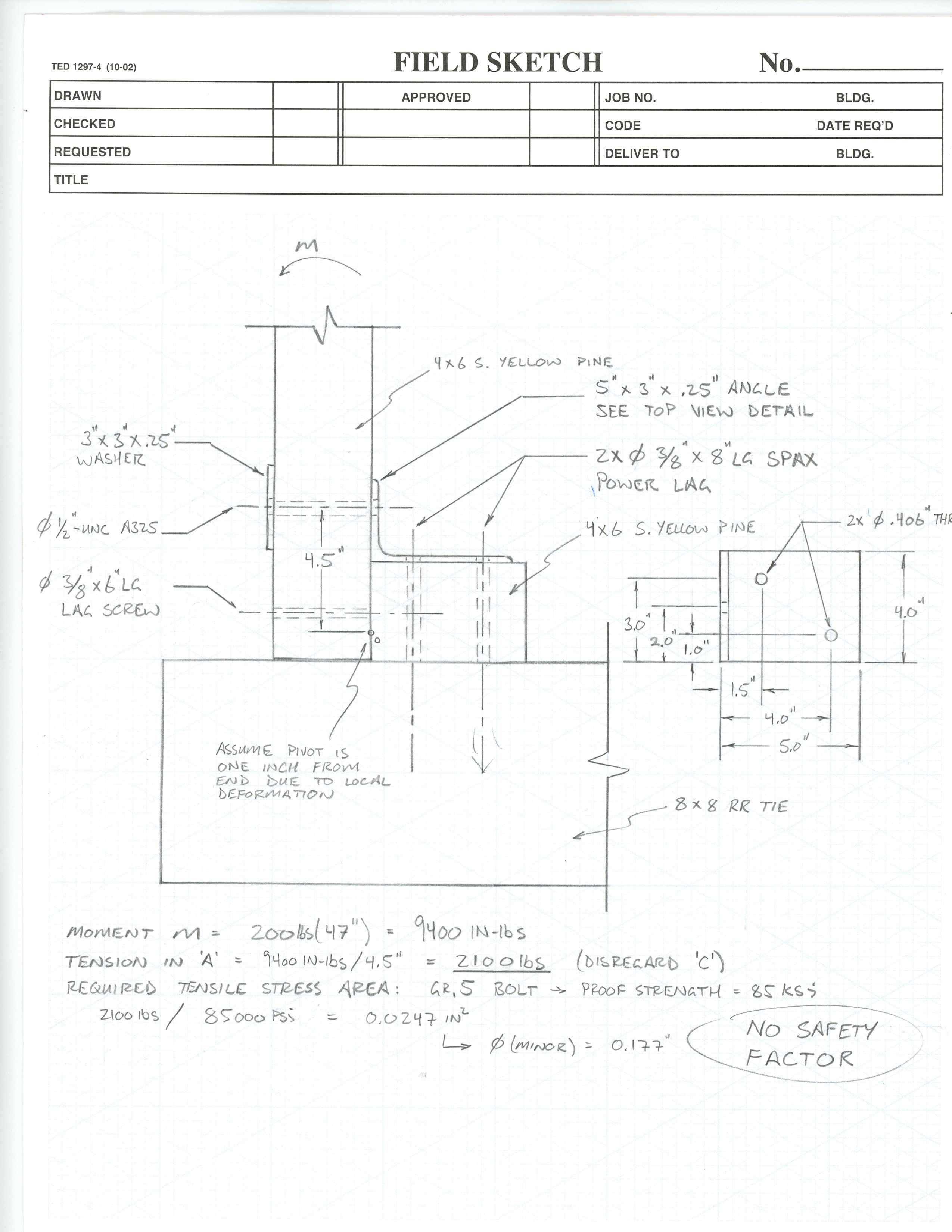 I put the challenge of redesigning this post to my neighbor, a mechanical engineer. The result is shown in Figure 2. The 1" lag and the vertical lag are replaced by "Engineered Screw", Spax in this case. We swung a sweet deal with Spax to get screws for 1/3 retail price. We found that they did not require a pilot hole, a great time saver. We also found that the creosote behaves as a hot melt adhesive. After driving the screw in it is near impossible to withdraw it after the frictional heat dissipates.

The 1" bolt is replaced by a 1/2" bolt. The vertical screws are staggered and the spacing reduces the load F2 by 1/4. Instead of a generator and 4 corded drills and drivers to install a post only one 1/2' battery driver and one 1/2" drill is needed. We got post installation down to a 3 minute operation and reduced the cost of post hardware about $10. Times 144 posts for this bridge the savings were substantial.

(why some pictures are rotated upon posting remains a mystery. )