David Weaver
..focus on the evenness of the very edge, and less on the oil or scratches not involved in the cut.

1084 (all of the lines in the wear bevel are probably from wiping off the blade and wiping oil over the wear bevel or possibly paraffin from the plane sole - other pictures prior to final wear were bright and clear).

1095 (i was wrong, it actually gave up before 1084, but there was initial loss of edge followed by that wearing off due to the uniformity of the steel)

52100 (notice the edge isn't quite as uniform, but maybe that's partially due to lack of refined treatment - it's still wonderfully uniform).

For comparison, A2 is shown below at ceasing to cut (it lasts about 25% longer than O1 or 52100, but it starts falling apart right around when O1 and 52100 at same or similar hardness just lose clearance). 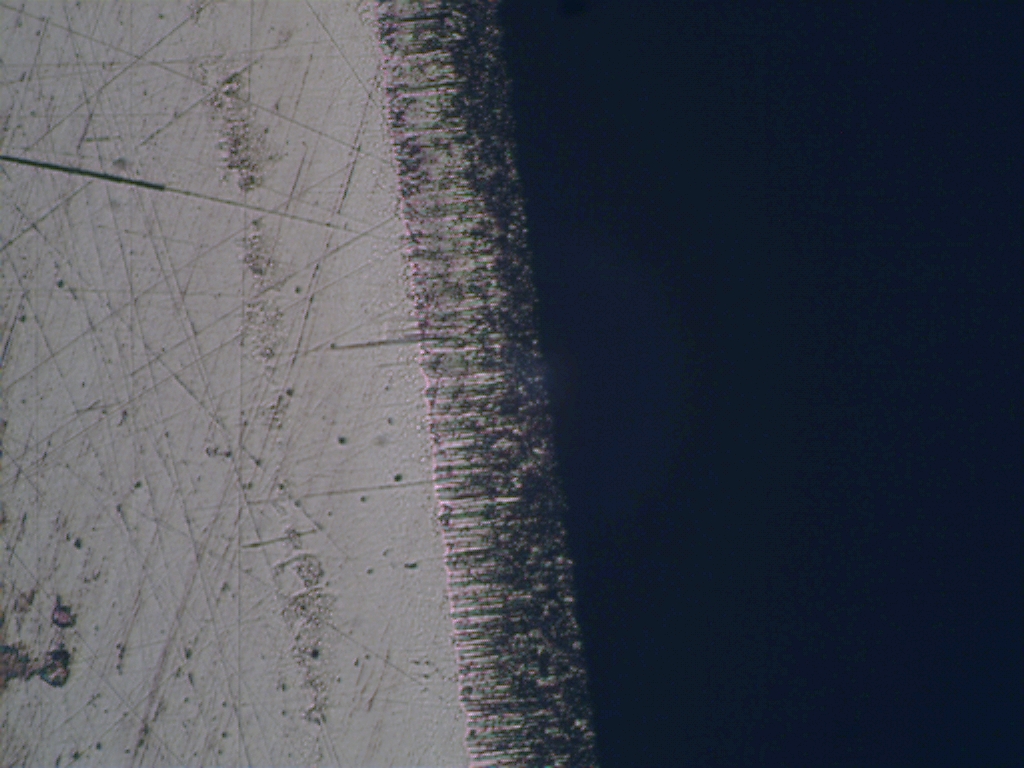 you have invented a steel porperty

not a new property..
re: the V11
Larrin's response...
Re: you have invented a steel porperty

Re: you have invented a steel porperty

there must be an engineer in the house *NM*

Re: there must be an engineer in the house

there's a life hack to this, too..

Also agree with your sentiment...

Re: you have invented a steel porperty

And for novelty..
confusion

it'll take a very long time to know this!

Re: A wrench for your smooth gears...