Subject:
pictures of effect...
Response To:
boy is that not easy to get a picture of.. *PIC* ()

David Weaver
.this is a new to me plane, made by a maker named nelson in the early/mid 1800s. Can't imagine the iron and cap iron are original, but one never knows (the reason I bought the plane is because it's very near unused, even if the iron isn't). 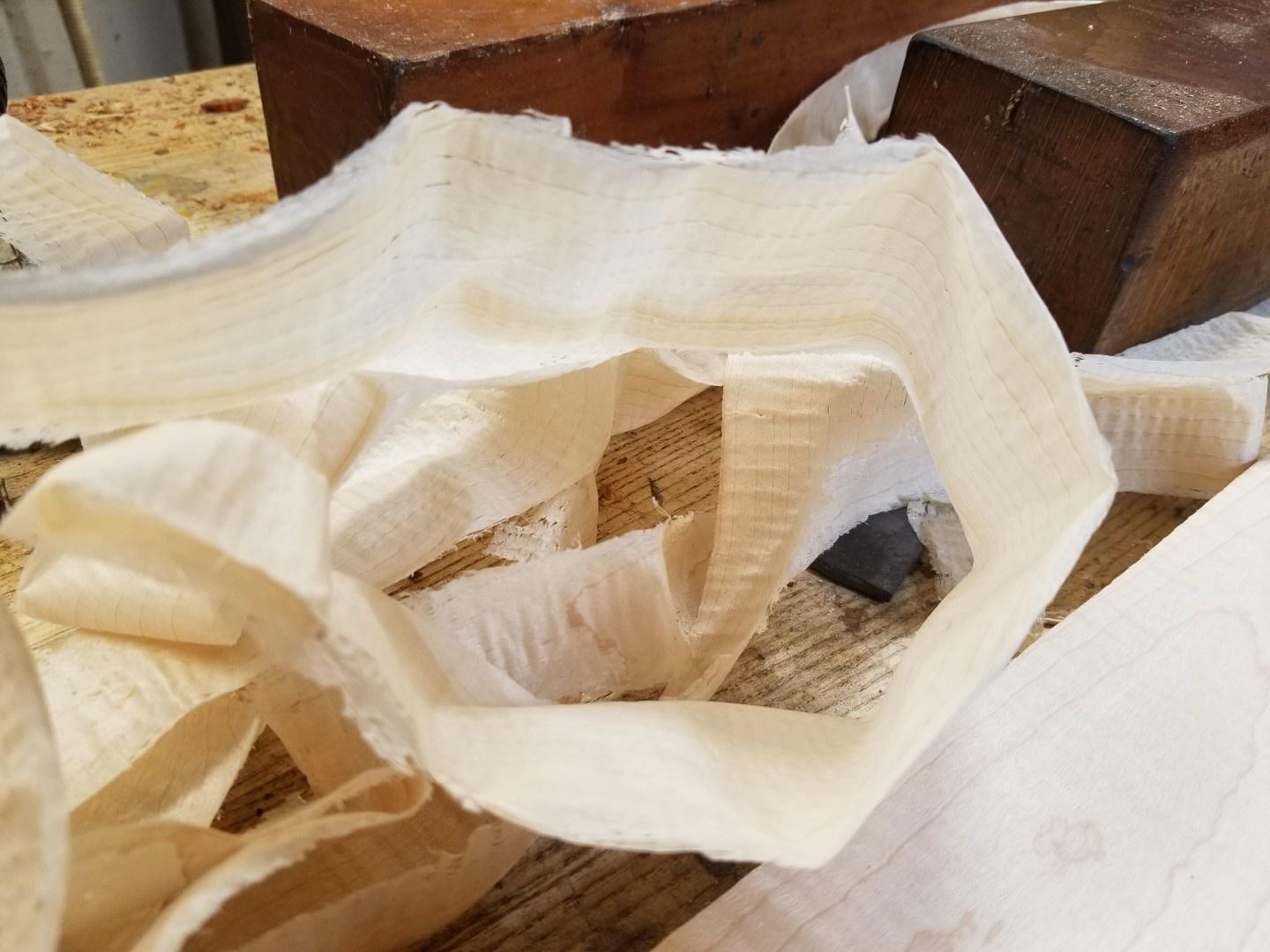 I set the plane up as fast as possible (thus the leading edge isn't that pretty) and planed the roughness off of curly maple, and then separately, quartered louro preto. the latter is a much tougher test, but it was fine - little work left to do (for some reason, I don't have the picture uploaded to imgur).

No holes in the maple shavings, but curly maple isn't particularly hard to plane unless you completely ignore tearout mitigation.

Re: picture database not working..

Beautiful—template quality! *NM*
boy is that not easy to get a picture of.. *PIC*

Re: pictures of effect...

Re: boy is that not easy to get a picture of..

That would make sense..