David Weaver
Try 3 – the first plane (55 degree effective) but four stiff passes on the buffer to put a pretty significant uni on the tip of the iron.

Again, working with 3 thousandth shavings (but thinner shavings are so smooth that it's hard to resist taking them). Similar results to the 62 degree edge in regard to tearout, but the behavior of the plane is much better. The shavings have a waxy look and the plane works more smoothly and easily. This is the 5 micron yellowcake uni edge, not something super fine, and the same iron as test 1 – it is almost inexplicably more pleasant to use, but a push into a 4-5 micron shaving will leave a little nastiness. It's also still not easy to take those big shavings.

At 3 thousandths, everything clears up and the plane works comfortably, much more smoothly than either of the flat bevel test beds. 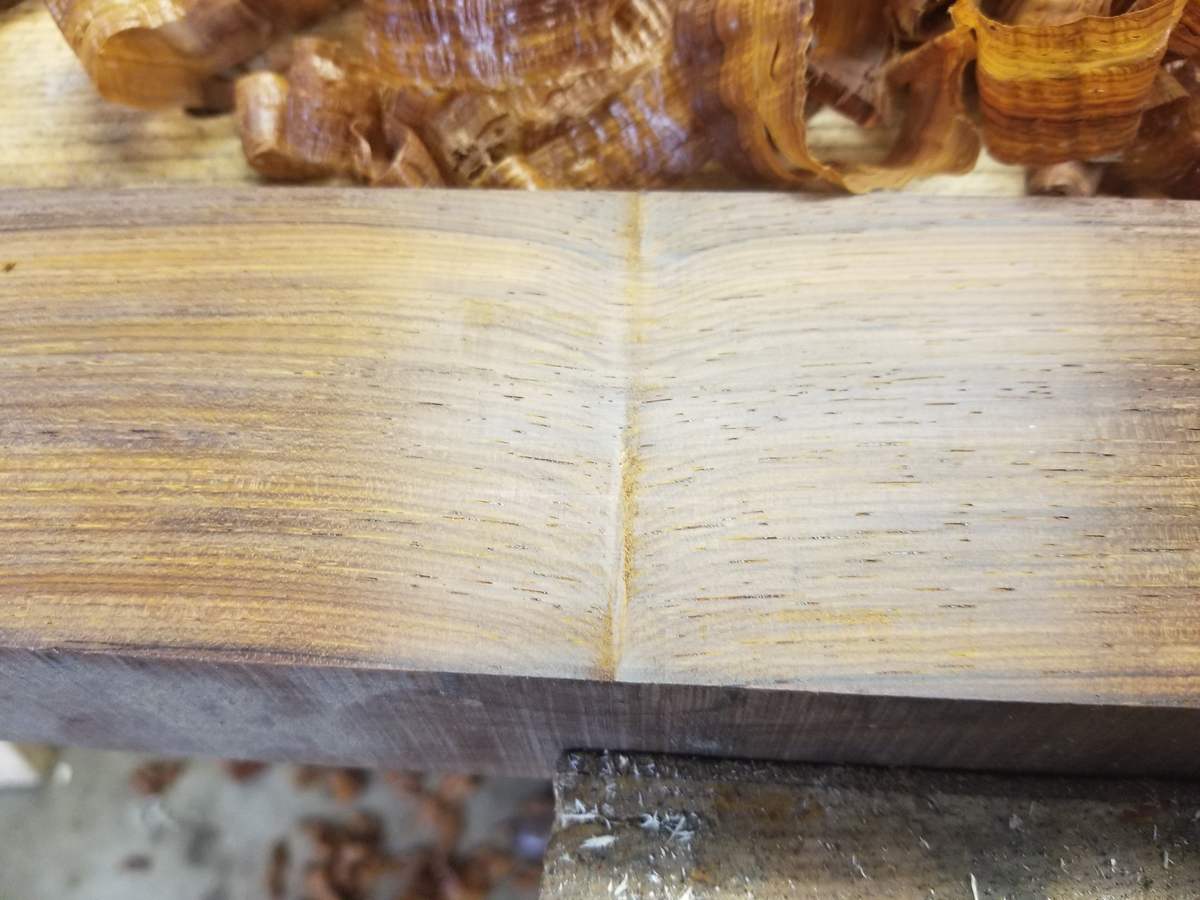 If heavier shavings were desired, then maybe heavier buffing, but it’s really pushing things whereas the 3 thousandth shavings are comfortable and leave an amount of tearing similar to 62. The plane is noticeably easier through the cut – the quality of the feel is hard to describe – more pleasant, more controlled feeling, the plane stays set better.

A pass of thinner shavings, which was so pleasant with this setup compared to the first two setups yields a pretty good surface. not perfectly clear, neither was 62, but good enough to do a little follow up scraping and then finish.