Subject:
no worries....
Response To:
Well, thanks yet we also ()

David Weaver
I'm making a crappy wall shelf for a basement TV (repurposed to watch movies with a "real" stereo, which the mrs. banned from polite living spaces). It makes for an opportunity to use wood that I thought I'd never figure out how to use. The shelf is just two right angles with corner supports, and will be screwed into painted block (basement only semi finished - which is a good thing here, so that it, too, doesn't become polite space and require removal of tools and other guy stuff down here).

At any rate, I thought - you know, this whole cap iron thing was kind of a dumb idea, as I like the idea of inarguable acid tests to spur ideas. With the cap iron, even before I used it, I could not come up with any argument against the following:
* it was difficult to make cap irons by hand, why would someone go to the expense?
* in an era when people were just struggling to die without being destitute, why would they have spent more on a plane like this almost to the exclusion of anything else?

Well, what makes the cap iron thought stupid with stainless? one simple thought - how could there be that much friction on the surface of a cap iron if we don't see significant wear, especially considering that the steel is far less wear resistant than the iron and I've got literally hundreds of very close pictures of iron edges that I took myself showing how fast the irons wear!!!

There are very smart people who have only mediocre and good ideas. I generally have dumb ones, but sometimes they work out. Who would know that you could heat XHP in the open atmosphere and dip it in oil and get an acceptable result? Nobody would tell you to even try it. knowing my limitations, I have to accept dumb ideas to allow for mediocre ideas to materialize, as well as the once in a while chance successful thought.

Crappy wood - somewhat happy to find a way to use it and a space that's not nice enough to demand better! (this would've been difficult to plane without a cap iron, but it's just planed through from end to end and looks OK right off of the plane, despite the knot being a little punky). 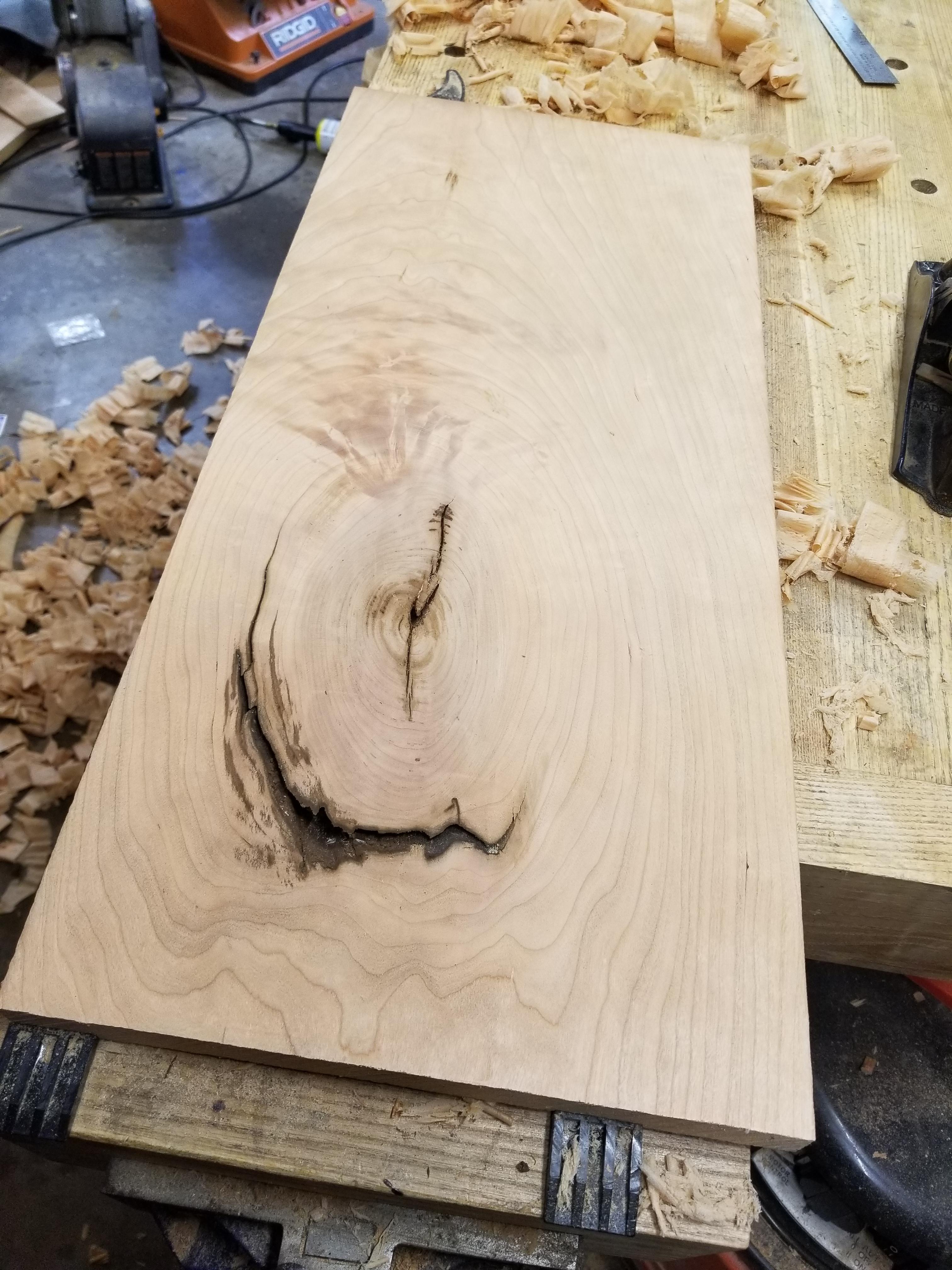 Lemme get this straight...

slickness of the chromium

thank you for kind words *NM*
Ditto to Bill

Well THAT is not what I expected, coefficient of f

Something else accounts for the "feel" ?

Re: Refined data
something easier that I could do..

Re: something easier that I could do..

Well, thanks yet we also

Speaking of which, Bill,