Jim Matthews
After a lengthy resawing session (by hand) in my last project, I decided to return a bandsaw to the mix.
This time, I found one with standard house power requirements that fit in my basement.

Izzy Swan and Mr. V provided the impetus to add a sliding table.
Izzy used a stock tablesaw sliding table, but I balked at the cost.

Mr. V's approach allowed me to assemble piecemeal, bodging things as I went along.
My version uses cheapo linear bearings from Amazon, scrap 1/2" plywood a scrap drawer and more screws than I can count.

The most difficult part of this build was figuring how to affix the sliding table section without a direct fixture to the bandsaw.
The only mechanical connection is a delrin strip in the stock cast iron base.

A shop cart was pressed into duty to support the works. It would be *much* easier to build the sliding table assembly then construct legs underneath.

Using available drawers and building a flat torsion box assmebly allowed me to get things flat and dialed in.

Once the saw was running straight and true, the first part of the sliding top was attached, and run through the blade. This establishes the cutline, just as with a tracksaw.
The second sliding top piece was then squared (using the first piece as a template) and attached.

The "fixed" side of the table is held down from beneath the stock cast iron table with a couple blocks and a scrap length of Oak spanning the base.
The fixed side is supported on additional blocks from beneath and by a plywood strut assembly, to act as an outfeed table.

It came out surprisingly flat.

The end stop was squared to the cutline and a sacrificial fence attached.
To manage long rips, the end stop has a relief allowing up to 22" wide boards through.

Max run of the slider between the stops is 18".

An auxiliary fence can be clamped to either the end stop of the fixed table.

Maximum clearance under the guides is almost 10".

Testing on the 5 cut method yielded and error of .3mm per side - less than the width of my marking pencil.
It'll do. 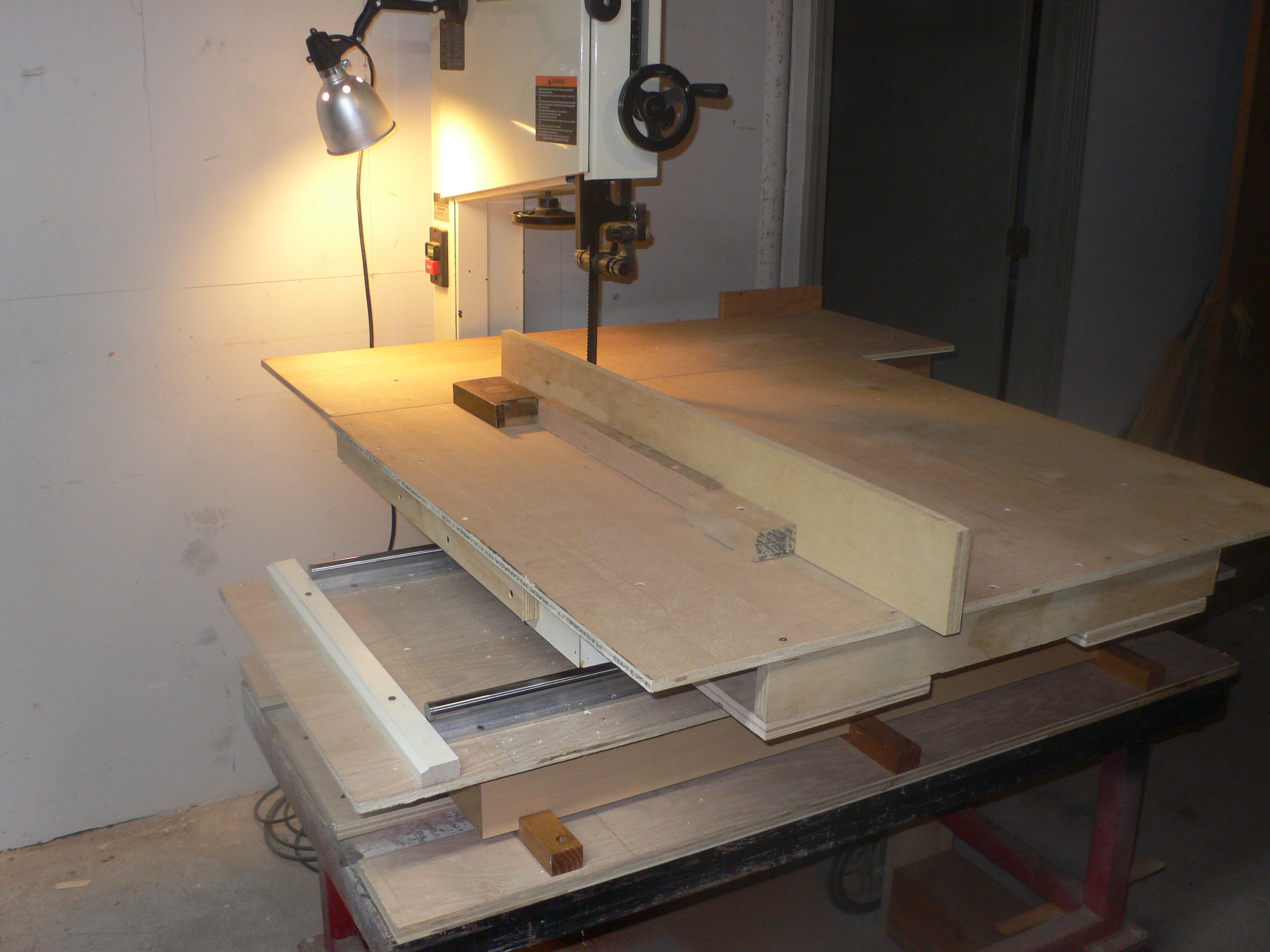