Subject:
More on removing waste from half blind sockets

Derek Cohen (in Perth, Australia)
Bill, it occurs to me that I have not mentioned yet another alternate method for removing the waste from half blind sockets. I have been using this one for many years.

In 2011, I wrote a series of posts (on the Hand Tool forum only) that explored the different ways in which waste could be removed from half blind sockets. The build was two Military Chests (or Campaign Chests, as Chris Schwarz later termed them ... this build was before he road the Campaign trail). 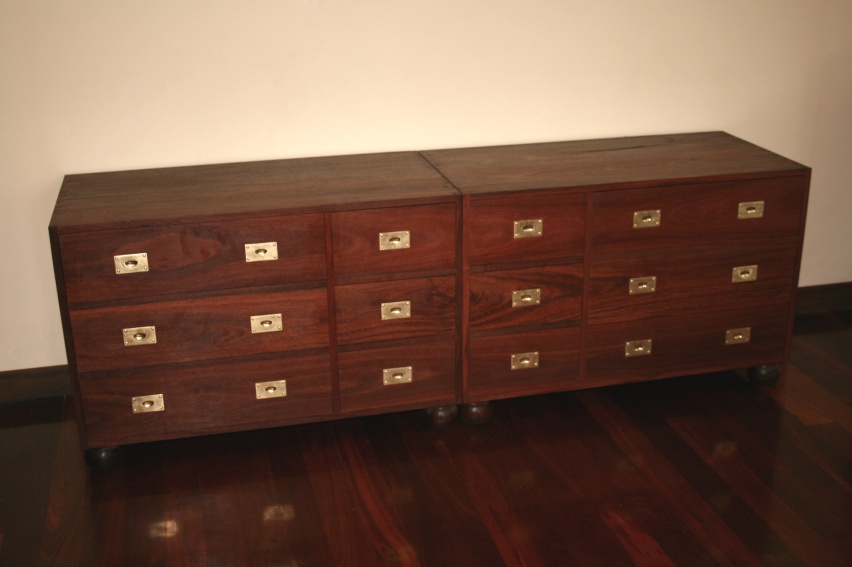 There were 12 drawers in all, and the time issue (to remove waste) was important as the focus was on 'how long should it take to make a quality drawer from start to end?'. I did not document this on my website, but no doubt a Search on this forum would uncover all the details. What I recall was that it took me around 3 1/2 or 4 1/2 hours from whoa-to-go by the time I ended the last drawer. Also from memory, this was not far off professional time ranges, as reported.

The last article is here: http://www.inthewoodshop.com/Furniture/TheLastDovetail.html

2. Cut a line to depth along the shoulder with a router (note that the pin board is flat here):

3. Split the waste out with a chisel:

It is possible to do this in large chunks, stopping 1mm from the baseline ...

... and then pare away the last smidgeon.

A variation to this method, which is less speedy and does involve more work, is for those who do not wish to use a router. Use a drill ...