John in New Mexico
I'm sure I've posted these before, but I'll put them up again.

First was the hammer version, made from sharpened cut nails welded together. This one provided the best results, but probably took 2 or 3 hours to do a grip. Faster than checkering by hand, but still tedious. This tool was inspired by a punch like tool that Brownells sells, where the end of the punch is cut like a framer's hammer. Right idea, but not aggressive enough. I've seen this done with a single sharpened nail and a hammer, even more tedious than my version. 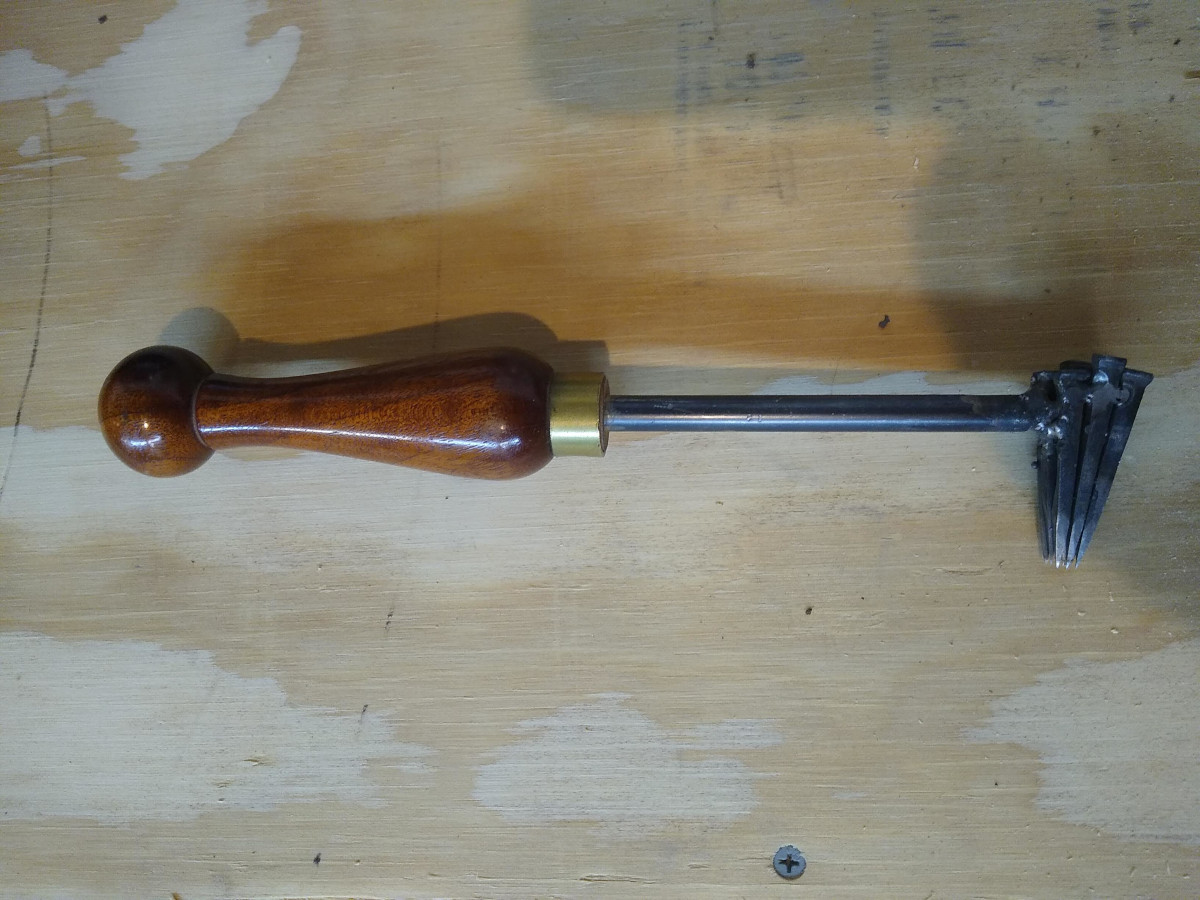 The business end of the hammer version: 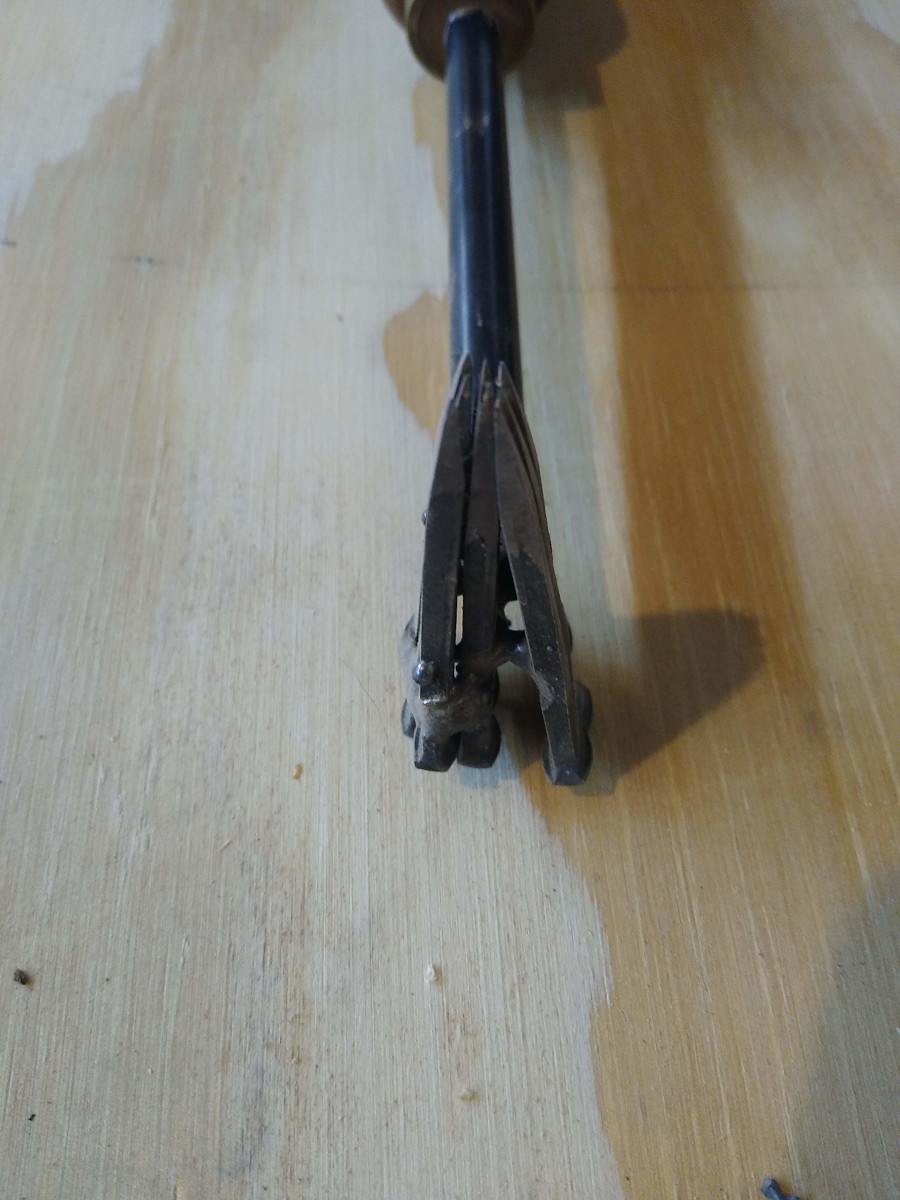 This one was an attempt to do the same with a vibro engraver. The original head was welded nails like the hammer version (I have it around somewhere but I like this head better). 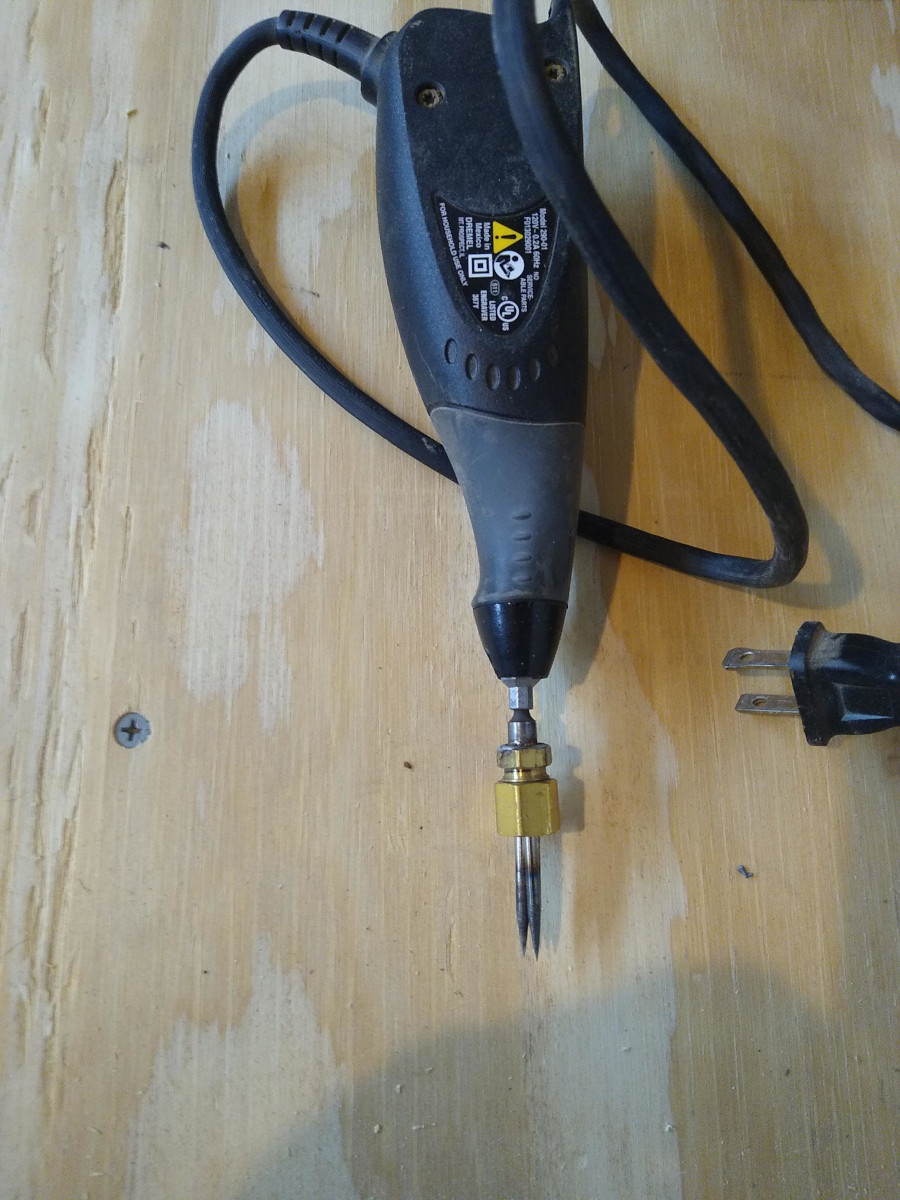 This is the Foredom chisel version, last one before the needle scaler. Before I made the version that accepts that tool head, I was sharpening the needles that came with the scaler and using it that way. Needed two hands to run because the needles want to go every which way and were too random and aggressive. I still used this one or the vibro engraver version to do the edges. 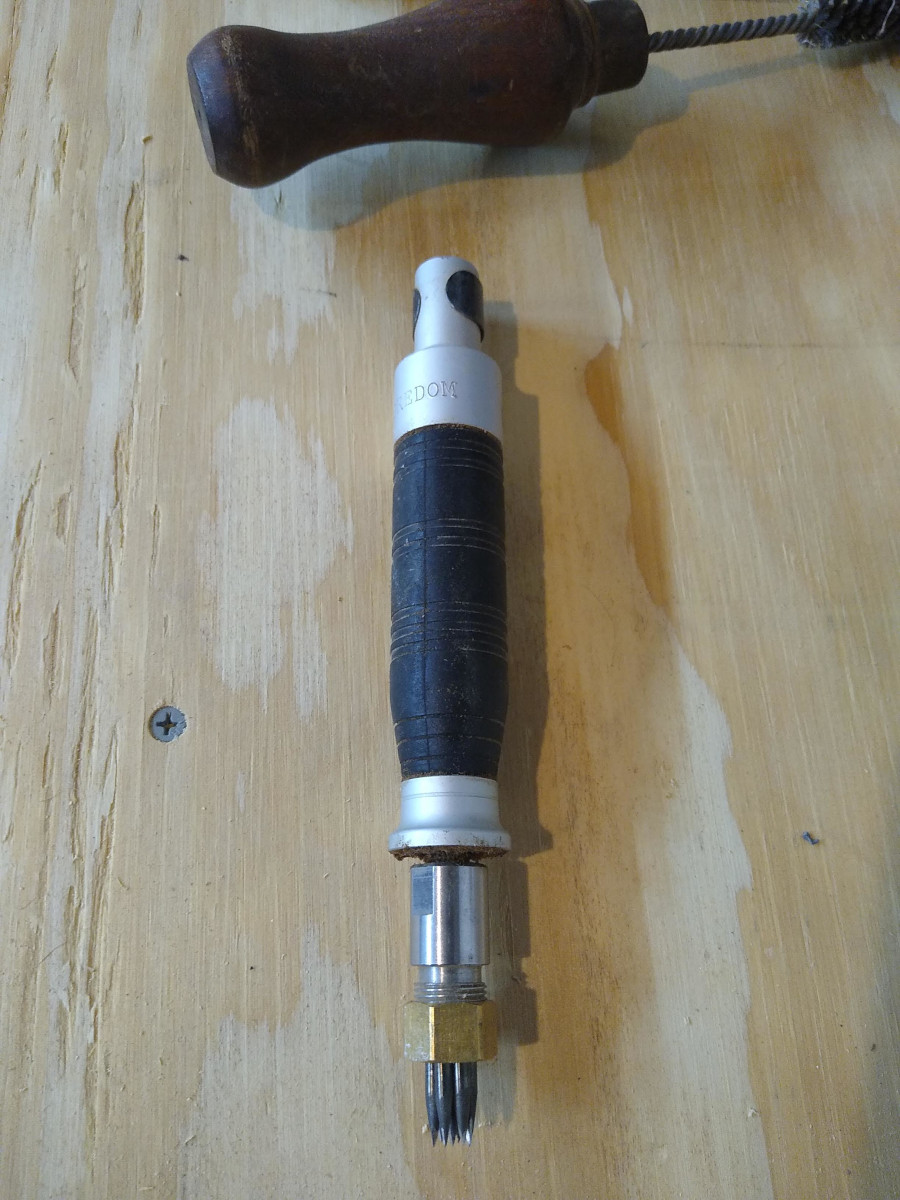 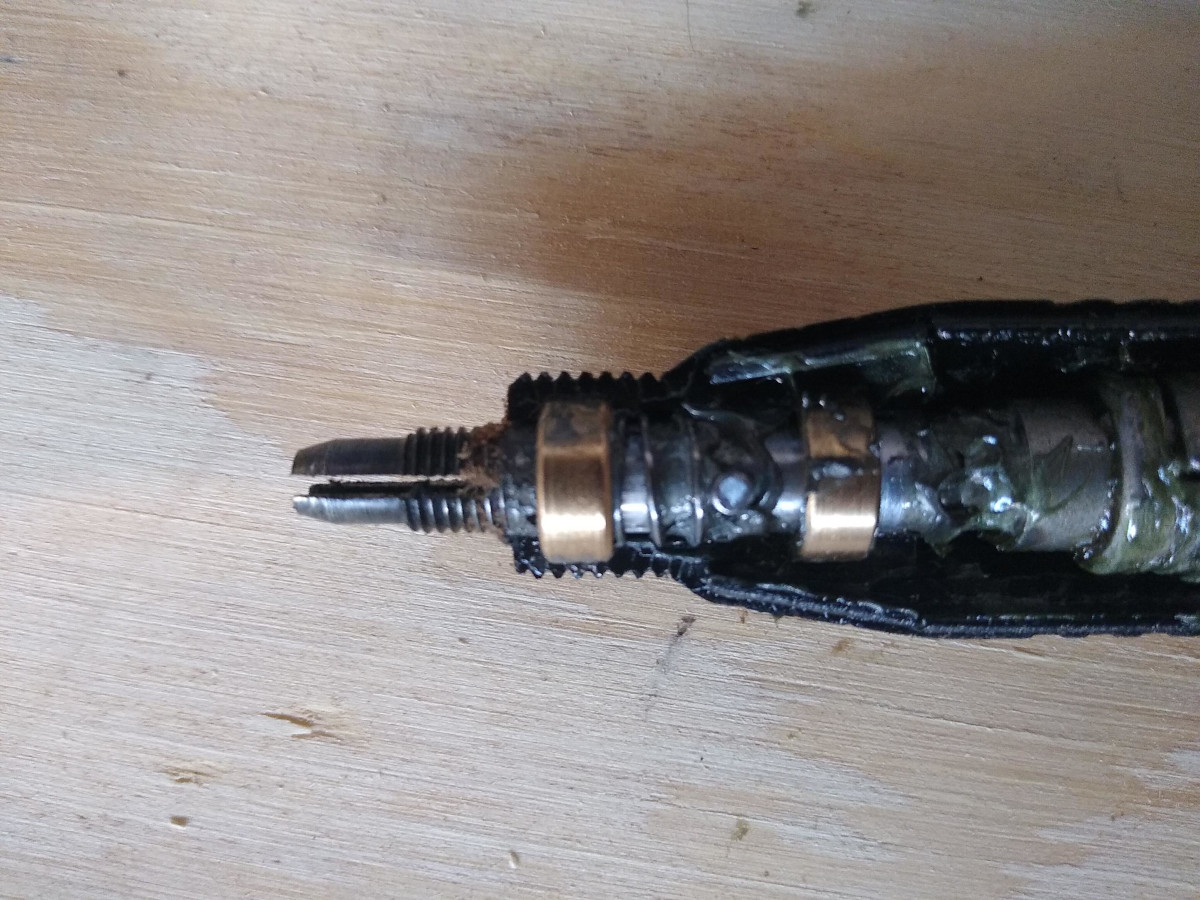 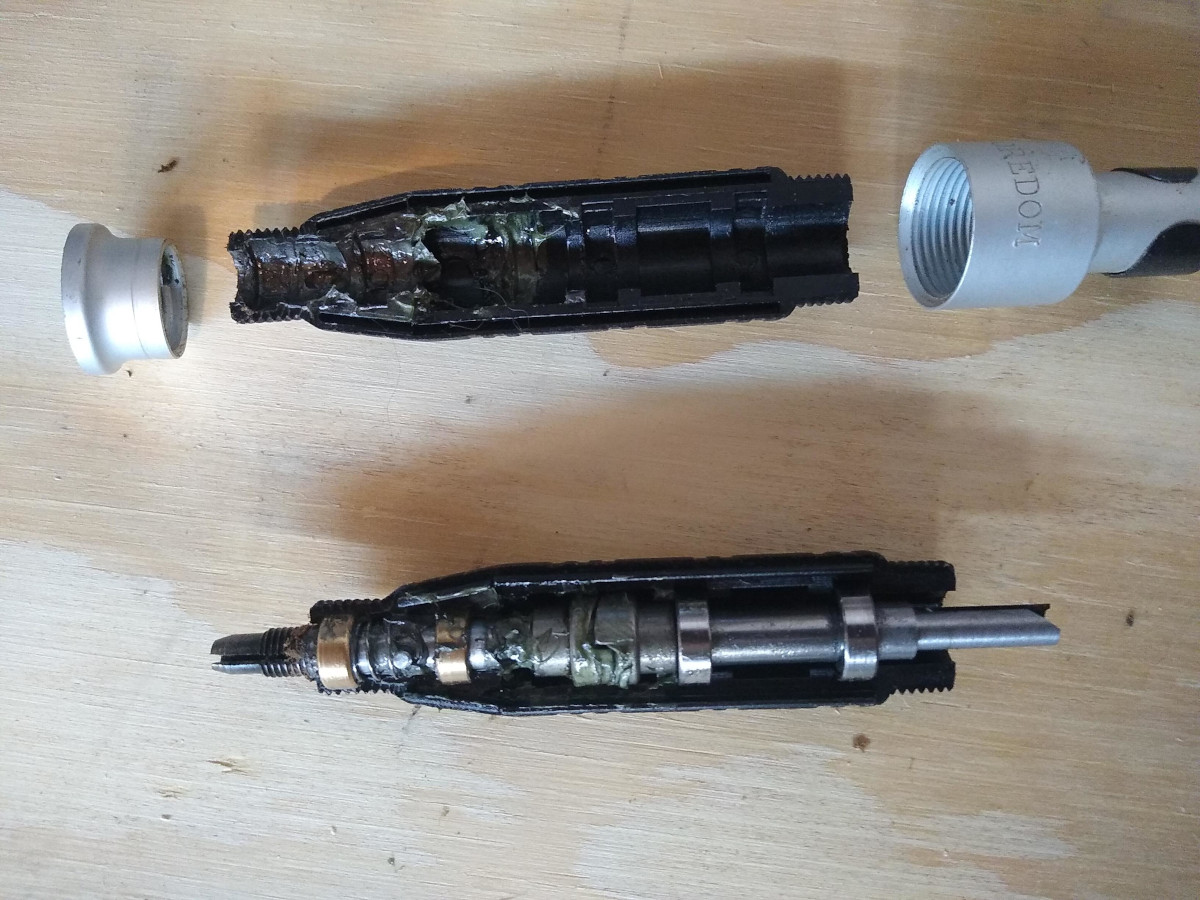