John in NM
Not woodworking but still might be interesting to some.

About 10 years ago we built a greenhouse. Lots of windows but a solid roof since sunlight and warmth is usually not a problem here. But we left the floor as earth, since I planned to put in flagstone or something and just let any water get absorbed. Well, my wife ended up not having much of a green thumb, so she recently decided instead that she wanted it to be an art studio.

First thing that has to go is the dirt floor! Easier said than done, hard to get a chute from a concrete truck in there without removing windows.... no one around here seems to use line pumps either, or perhaps the pumping companies don't advertise line pumping since boom pumps are where it's at?

So I decided to mix with the $200 Harbor Fill mixer that I've used since 2004. Must have mixed 60 tons by now, just keeps going. We form up a small portion for the day, mix about 1/2 to 1 yard by noon or 1 pm, then I spend the afternoon finishing it. Weather is nice and cool so I have hours and hours to finish. 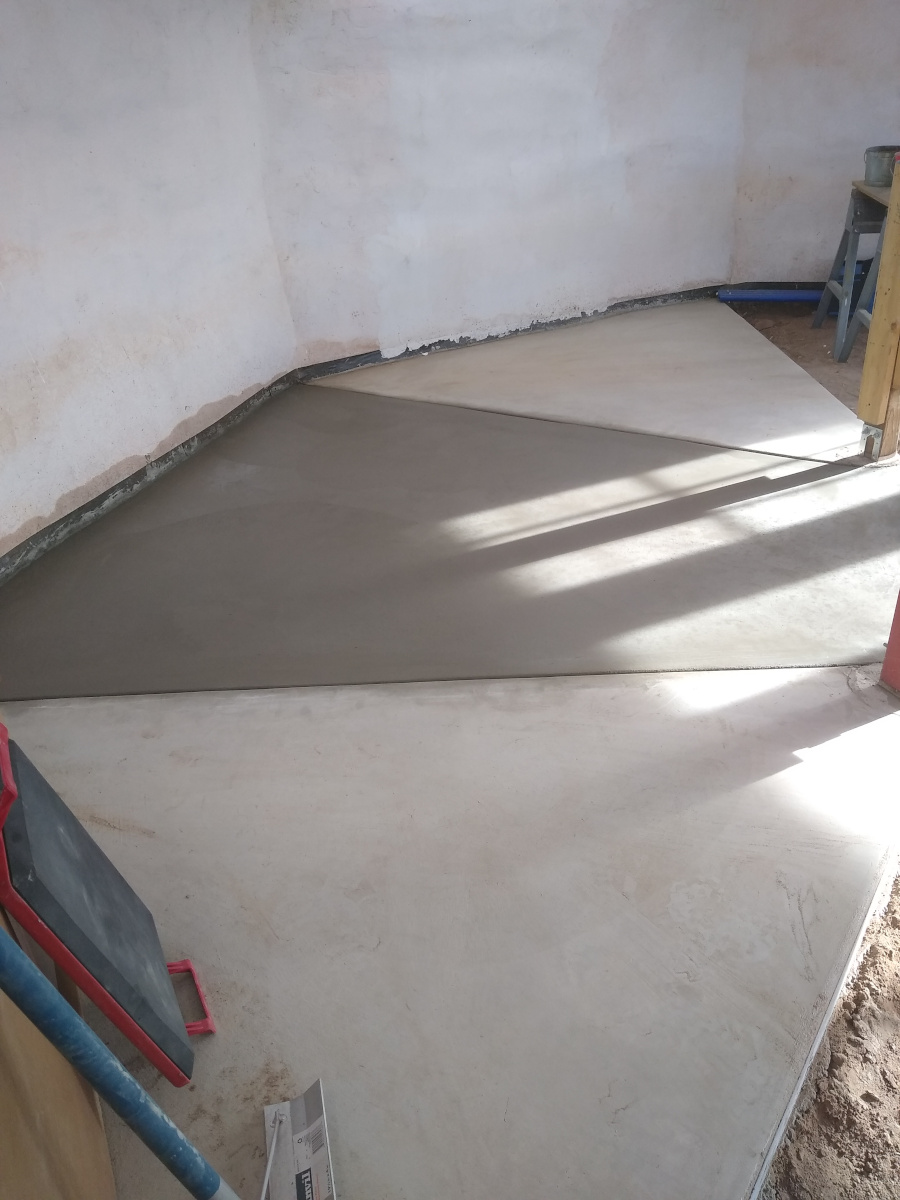 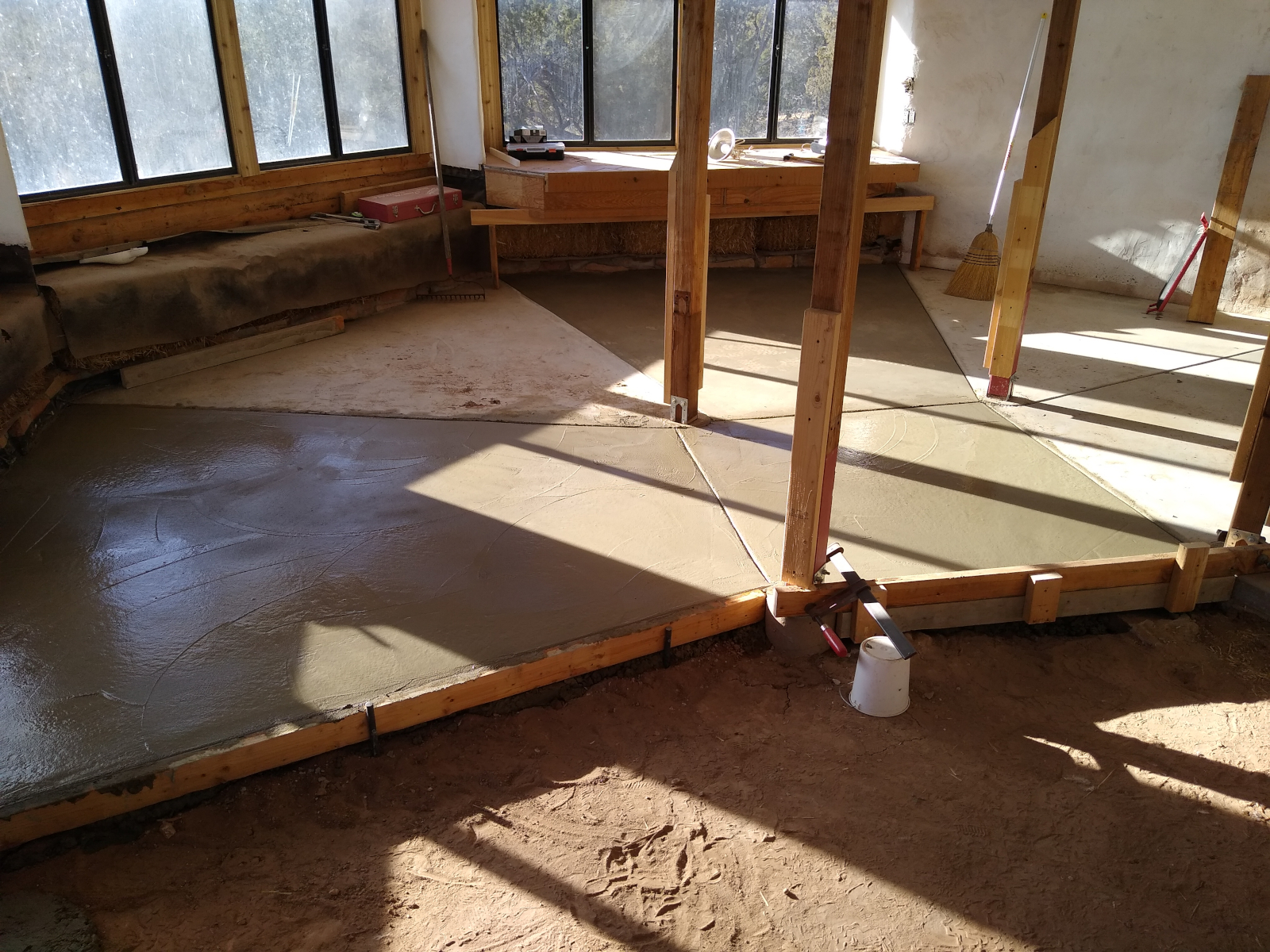 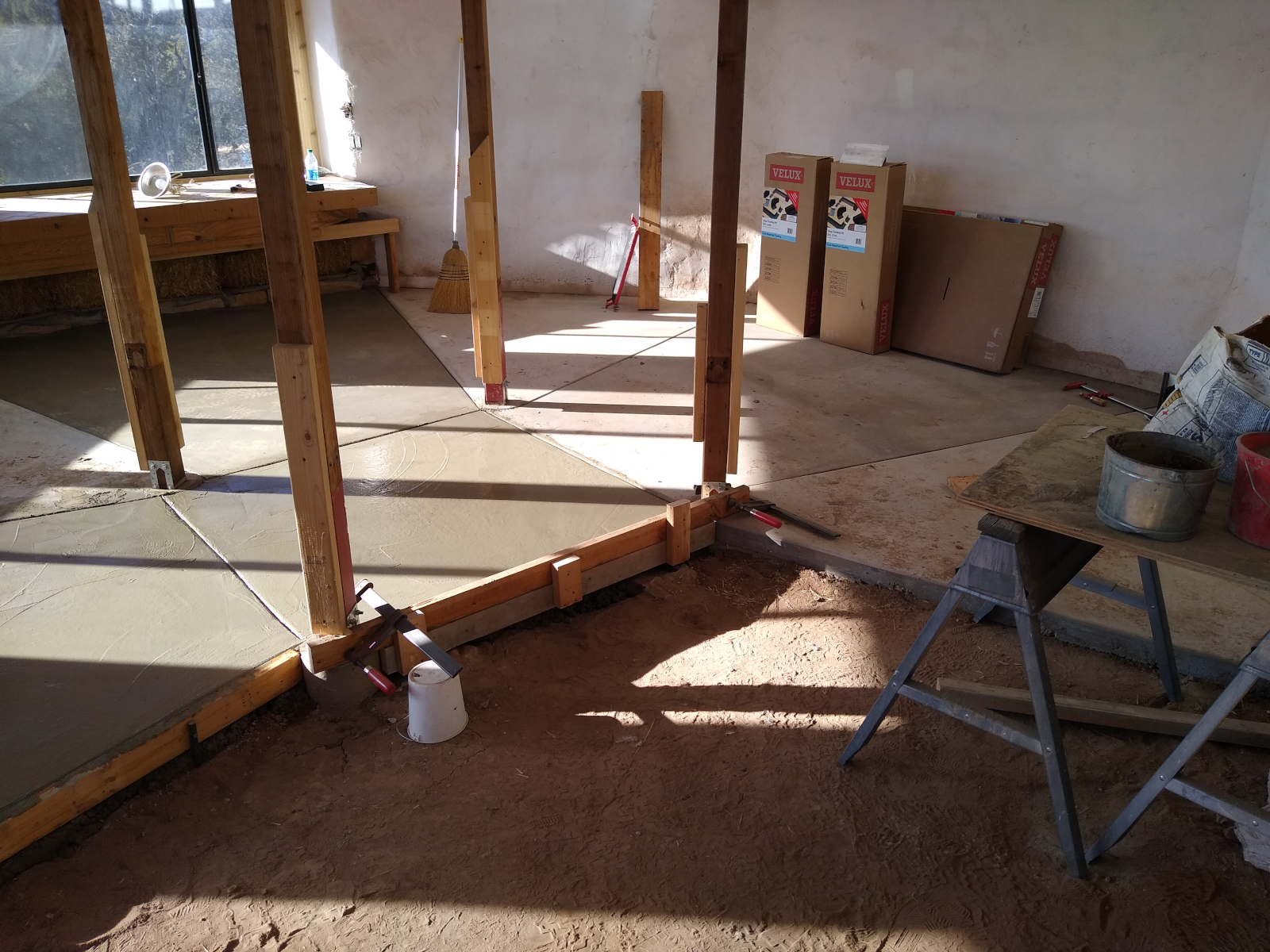 I've rarely poured finished slabs before, mostly footings where I care a lot less how it looks. I've never been happy with my finishes until this project came along and I watched a bunch of youtube vids made by pros. Never realized that the final troweling is done when it's firmed up to the point you can actually walk on it - that was like a light bulb being turned on

Trowel out the footprints or knee board marks as you work to the edges.

Re: Construction, and Woodworking.... *PIC*

Re: Construction, and Woodworking....

Haha, the logic is just convenience...

Re: Haha, the logic is just convenience...

I hadn't thought of that...