David Weaver
...almost identical to the low side of white 1 in alloying, slightly more hardenable (not much), making it OK to use parks 50 and still get full hardness (haven't tried white 1 yet).

This is some of the classic property chasing that I was doing before unicorn. 26c3 has nothing in it for wear other than iron carbides, whereas even O1 has some tungsten and other alloying and wears longer than water hardening steels.

So, I expect the edge to be extremely uniform, stay uniform, but wear quickly (that's what 1084 did, too - this will just wear a little longer and you can get it higher hardness and get better sharpness out of the same sharpening setup).

I left this iron hard at 390 temper after parks/water/freezer treatment. It's at least as hard as a hock iron but without the initial chippiness that hocks can display (but that is the wheelhouse of the steel -it starts and tempers about 2 points harder than something like O1 or 1095, so you'd expect that you can leave it 2 points higher and get about the same behavior). 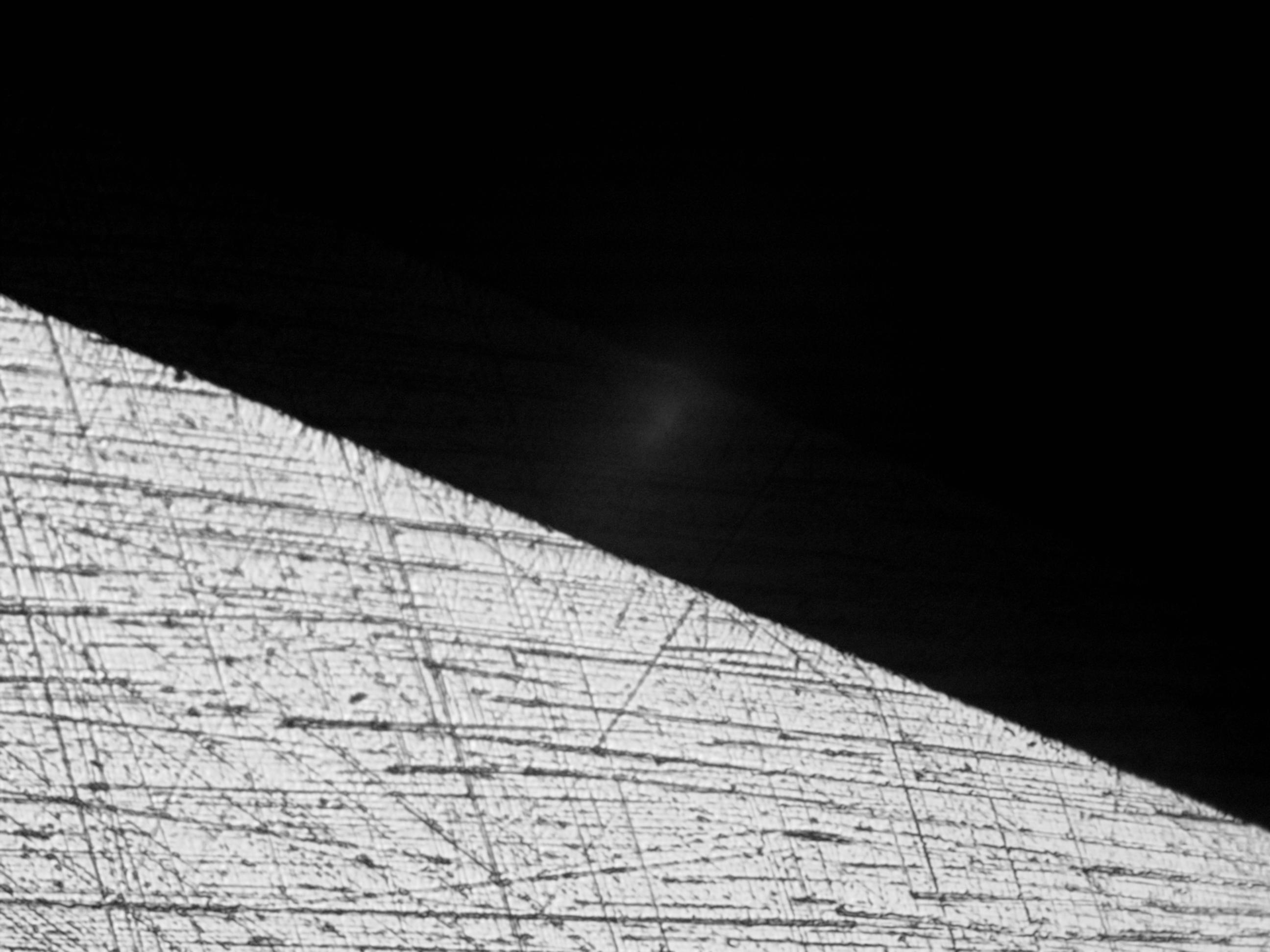 The initial quick edge (diamonds, then india and then washita) looks like this - this is the second sharpening. More use of the washita and the larger scratches will disappear.

Edge uniformity is wonderful. Buffer use is minimal (just the corner of the wheel, not the center) to buff/strop the edge on both sides.

One of the things that I like about the washita is that you can manipulate it with steel hardness, or you can use it to manipulate steel with pressure. This iron is above the hardness level where the washita cuts efficiently on the back, but a little pressure on the bevel and you can still get a small burr and work the edge in well.

This exactly what I was chasing with the "tip roll" on a stone before finding out that the buffer can do it a little better. The wire edge disappears with an alternating stroke on the washita and then the edge is functionally done and wouldn't really need much stropping (or maybe any).

The sharper an iron is, the more uniform the thin shaving. A picture of the stanley plane (of course, my favorite type - the later "no good" ones) with a shaving on it - the shaving doesn't look that thin because it's not latticed).

A second picture gives an idea of the thickness (I don't have anything to reliably measure ten thousandths, but it's probably about 4 or 5 ten thousandths). 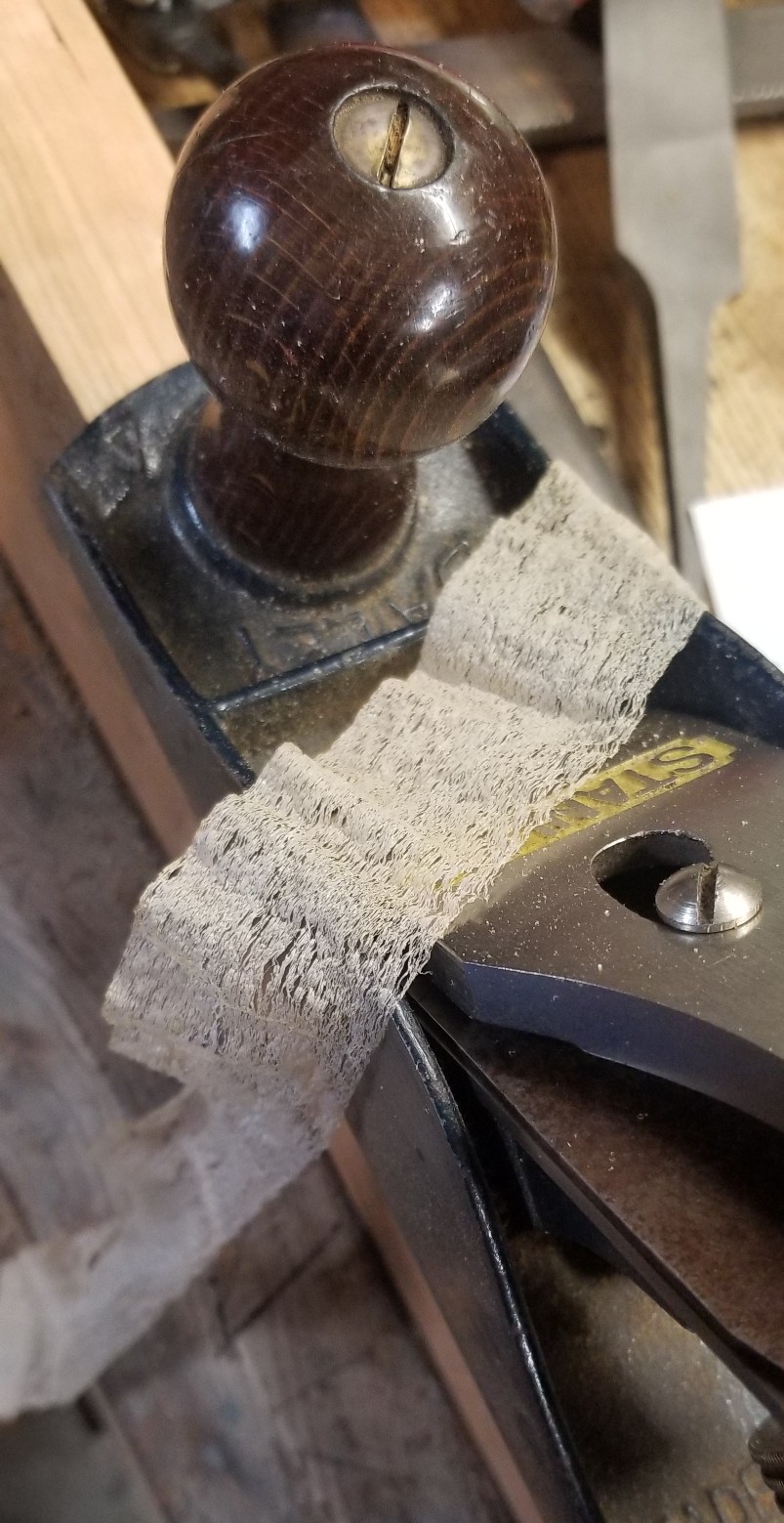 V11/XHP is sort of the woodworker's alloy

see the end of my statement..

slipped the lane...
Re: A different woodworking universe

Why blade life is most important to me.

Re: question on lightfast...
from Jeff Jewitt Q & A on ‘lightfastness’

You stated an obvious fact. The point? *NM*

I get where you're going, by the way..
where toughness is important.

where toughness is important- always

tempering question..
the answer that I'd take less toughness... *PIC*