David Weaver
..this is something to shoot for. Not because it's "big dave, the expert is showing you stuff so he can be expert", but more because there's something left in the tank here that I think you'll enjoy with planes.

I've been a bit surprised that the very shallow secondary bevel and the roundover seems to actually be a bit protective of damage at the very edge, whereas I thought it would be weak.

I have no idea what this wood is, but it's something that a neighbor cut down at the beginning of the summer. It looks like cherry, but splits terribly and it didn't have cherry bark. It's something we didn't cut for firewood as a kid.

I split and resawed this to make a cheap single use plane out of and the top was rough. I used the same iron that planed the endgrain (not resharpened). Through the interrupted surface and then to this point, no resharpening (no big deal, a single iron should do this several times).

But of interest is the surface brightness (I wish I could get the camera to show just how much of a mirror finish this is. IT feels sublime and the edge exhibits no behavior of lacking clerance). 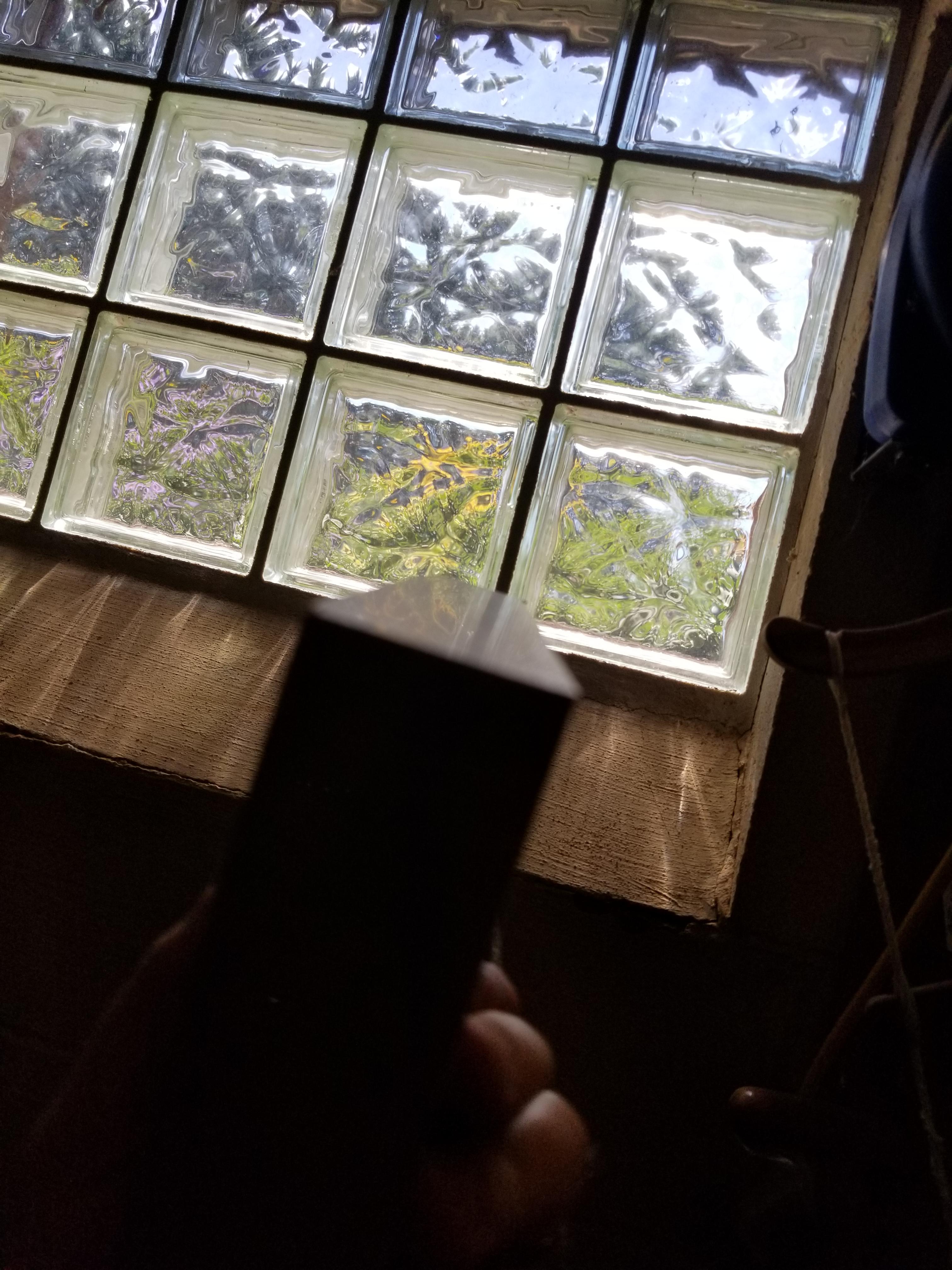 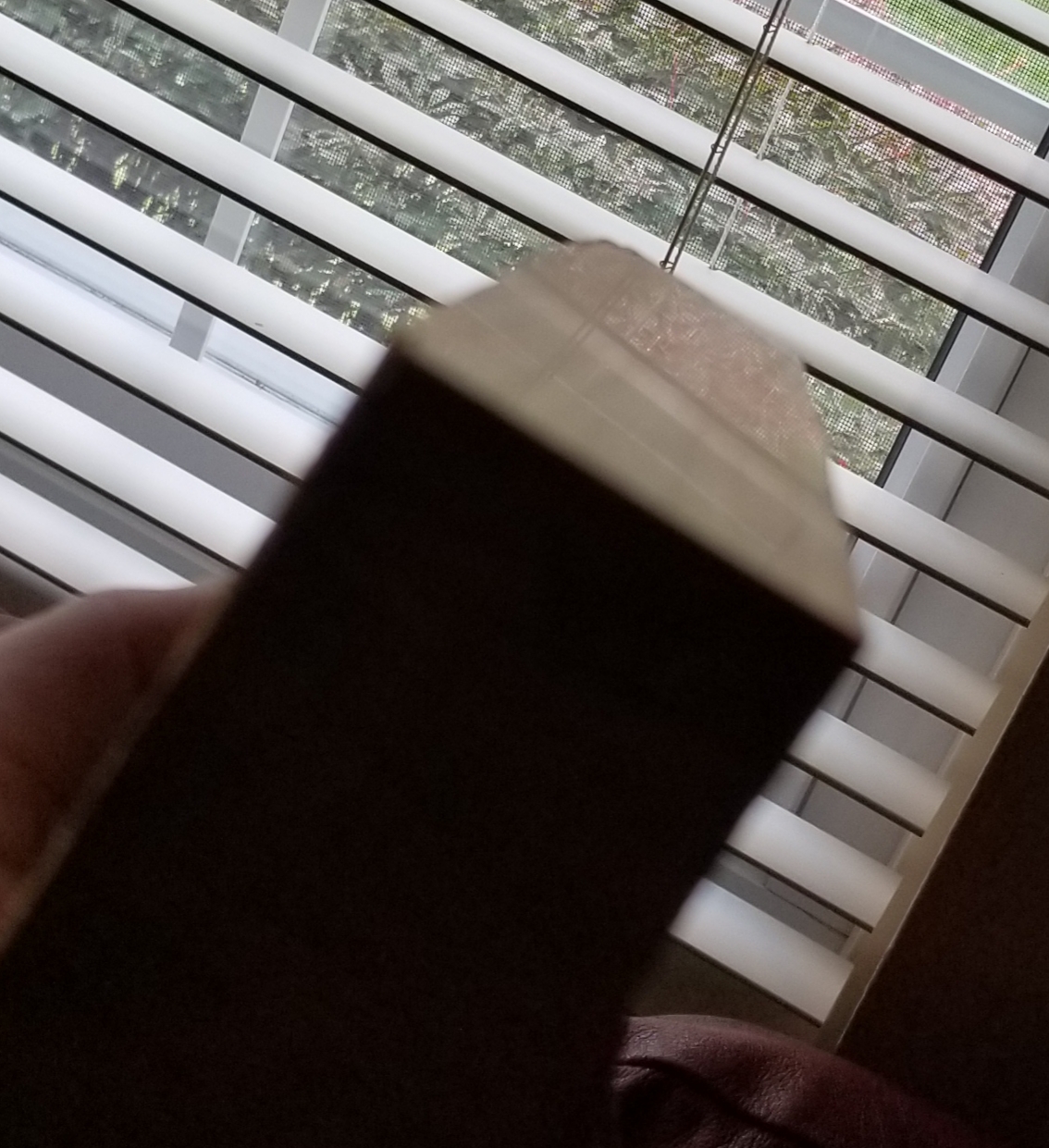 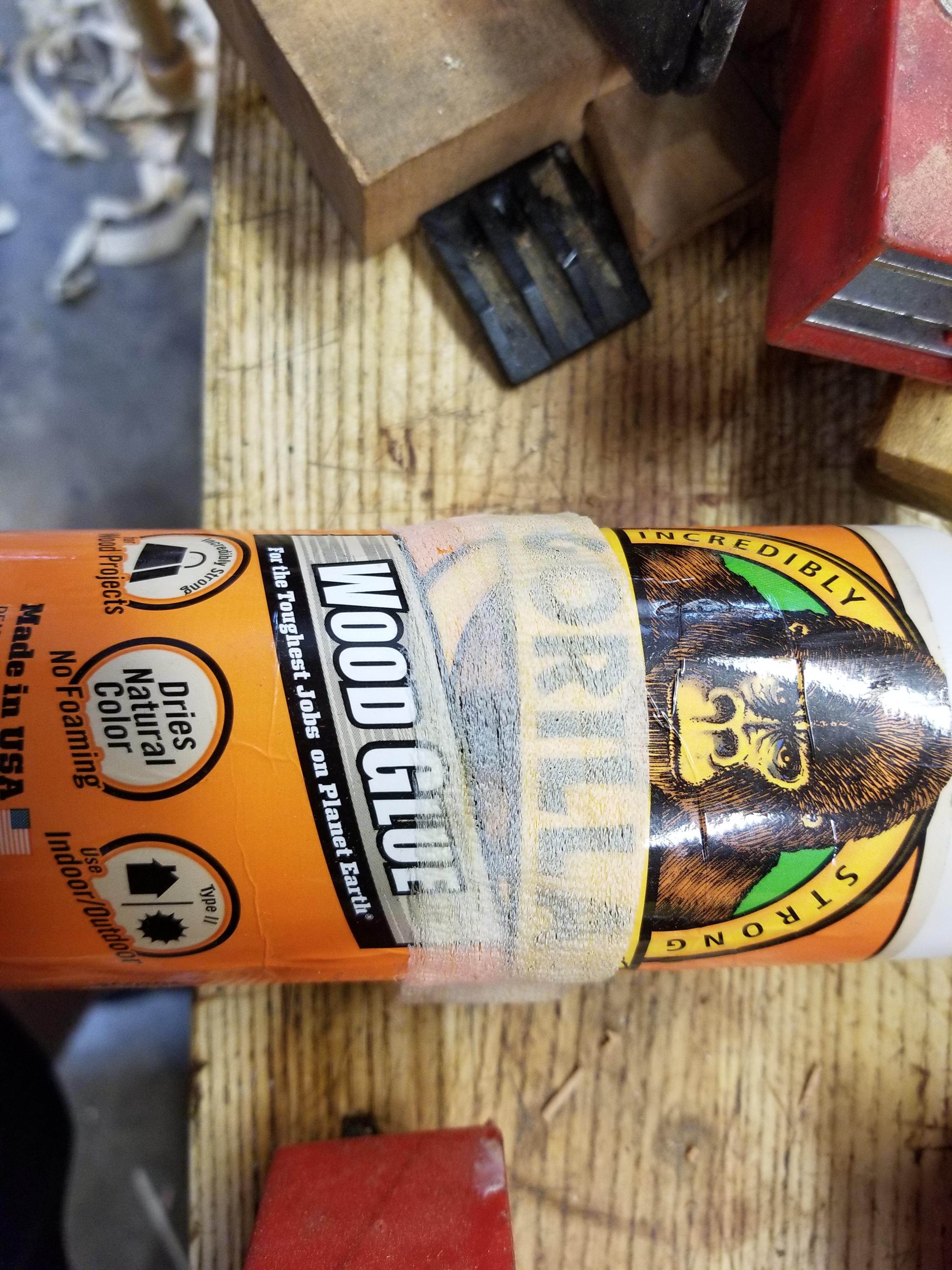 The last picture is of a shaving. It is just the neatest smoothest matrix.

This is still the inexpensive 5 micron calcined alumina stick. I've never had an edge that betters this by hand, and must admit that it's now easier for me to get it with the buffer. This is my method now at the very least for finish smoothing.

an article is coming..

Alternate suggestion for beginning
Re: Thanks all

it will be
hey now...
Pros and Cons

I have described doing this twice here
Planes...

More on the planes...

Re: an article is coming.. One issue that I see...

I have explained how I did it w/o electrons

A case for buying a buffer

Phrase of the Month
marples chisels...