David Weaver
This method actually works well for planes, but it takes a different nuance.

This is the modification you'll need to make - switch out the very saturated (thus harder) buffing wheels that you have and find one that's got some loose cotton after the last stitch. This is important. A buff won't generally raise a wire edge, but felt will. I suspect your wheels are behaving (due to the loading and solid look) more like a felt wheel and less like a cotton buff.

Any wheel (including felt) that raises a wire edge will damage the ultimate edge slightly. Paper, cardstock, leather, felt - all will do this at high speed. The wheel needs to have give. Here's what you do for plane irons:

* same primary (20 degrees)
* secondary as shallow as you can freehand hone on a fast medium stone
* hone the flat face on a fine or medium fine stone to remove any prior wear and weaken the wire edge a little bit (don't remove it)
* buff the edge on a softer wheel more similar to the one shown in my videos, less firmly, but completely, and at a slightly shallower angle, and chase anything remaining with the soft corner of the wheel (you'll need a new wheel for this - try to avoid loading the wheel as yours are shown, the stitched wheels like that are intended to be used with their weave still open).

This is the result. These are end grain shavings - notice the waxy look. 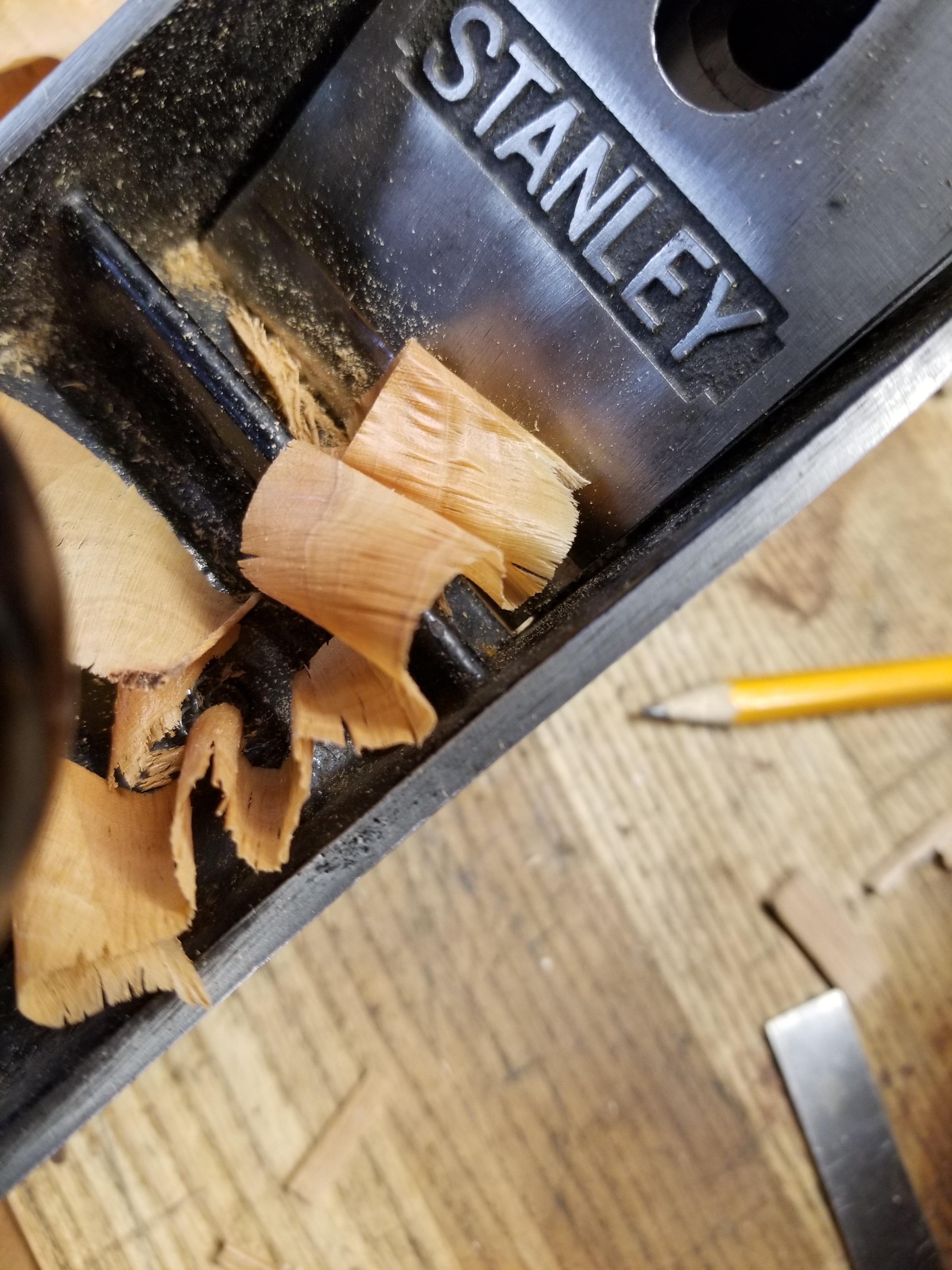 Examine the surface left behind on some cherry offcuts (end grain). 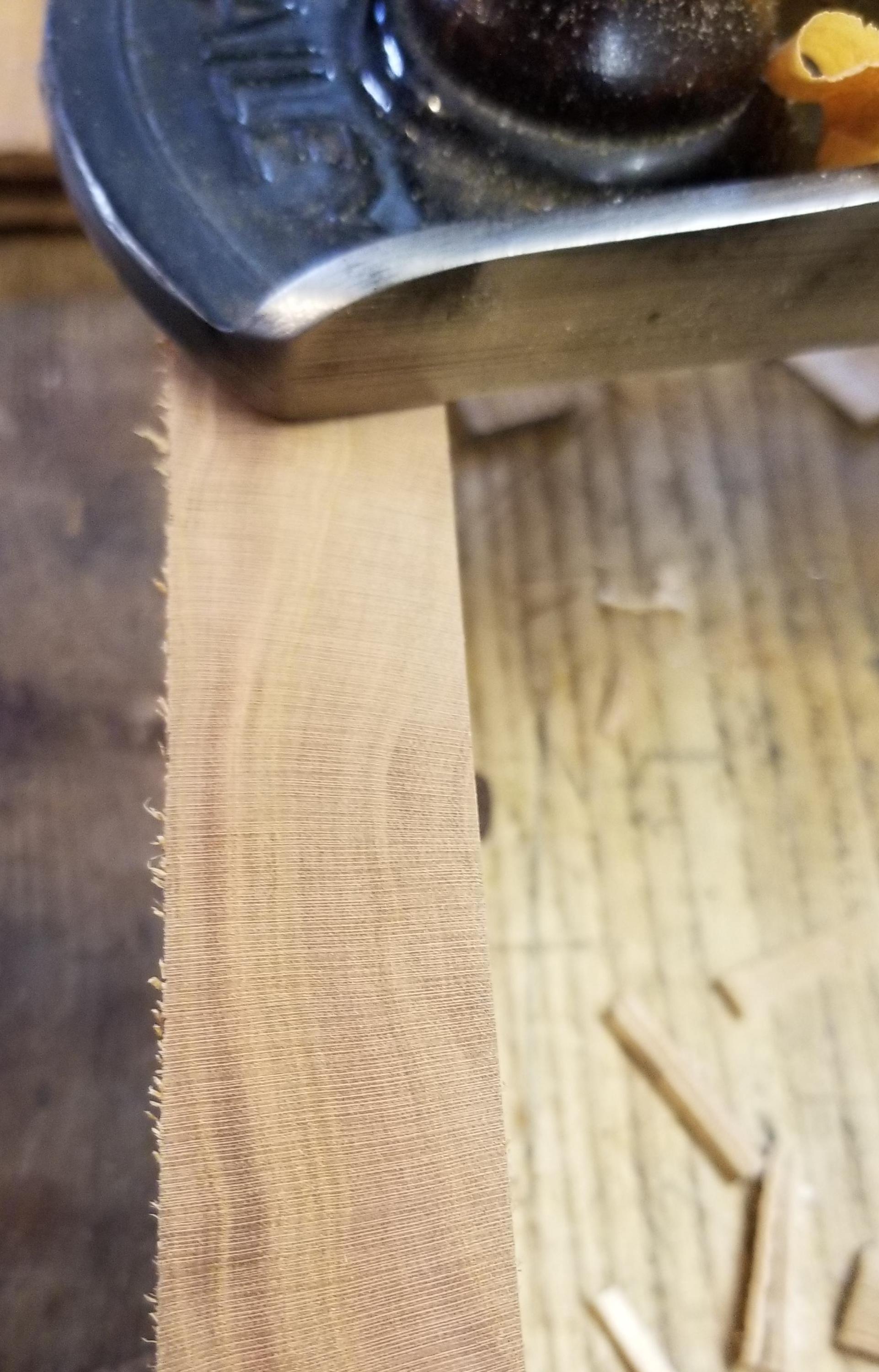 This is a picture of a cherry shaving that I made previously when bill and winston mentioned that perhaps people would have just as much to gain from sharpening planes if I would be willing to experiment. It turned out to be less difficult than I thought it would be, but there's less wiggle room. These long grain shavings are thinner and more uniform than any that I've ever gotten with any stone. 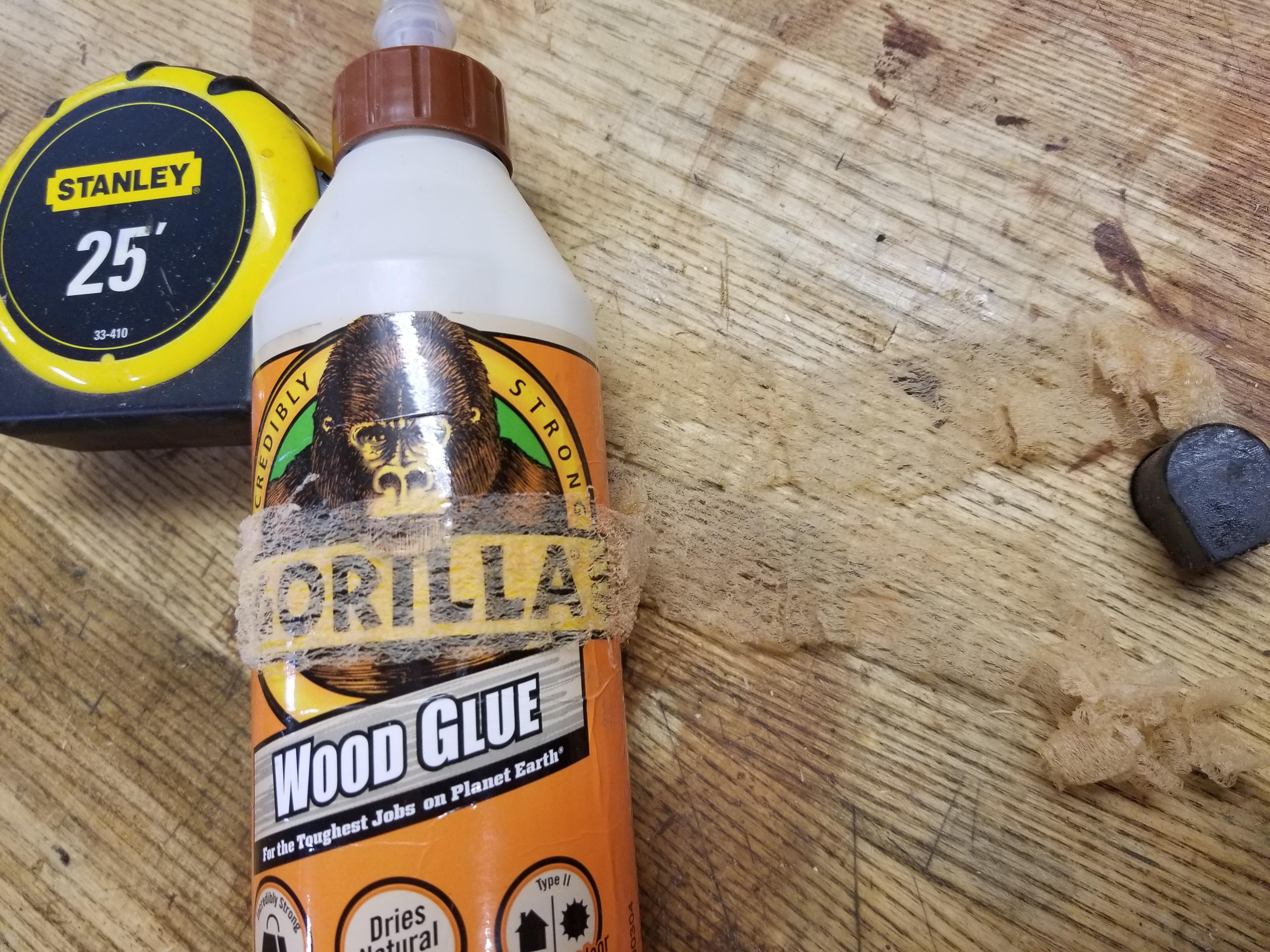 Stringiness in thin shavings occurs due to some tooth at the edge. I suspect your wheels are just too aggressive for planes.

I will write a separate article at some point about doing this with plane irons. It's about an even-time trade for freehand honing (somewhere around a minute total) plane irons, but it's definitely sharper than a stoned plane iron.

This is with a 5 micron calcined buffing compound applied to a wheel without any caking - the caking at speed may batter an edge.

I don't know how far and wide you'll post this (if it'll be here and the UK forum), but I'd hesitate for now telling a very wide group of people who may take the advice on plane irons as a permanent thought. As in, they'll conclude what you mention and never try it on planes where they may gain quite a bit of improvement.

Winston and bill were right and their viewpoint is valid - that not everyone is good at freehand sharpening and this can be done in a minute by anyone whereas freehand honing may not be doable. While it's slightly more difficult to get the touch than it is with chisels, it's still easier than doing the edge completely on stones, and it may prove to be valuable for beginners.

an article is coming..

Alternate suggestion for beginning
Re: Thanks all

it will be
hey now...
Pros and Cons

I have described doing this twice here
Planes...

More on the planes...

Re: an article is coming.. One issue that I see...

I have explained how I did it w/o electrons

A case for buying a buffer

Phrase of the Month
marples chisels...