Brian Holcombe
Thought I’d post this up, I’m new to turning but I want to make my chair legs in house.

I decided to take a chance, Drove 4 hours to pick it up. Disassembled on site and loaded it into my Acura TL to the disbelief of all those witnessing (and helping). Drove home and unloaded it. The parts that were too heavy I disassembled in my car and took them out in pieces.

I reassembled the machine in my shop, cleaning and oiling as needed. The tailstock was completely frozen. Some knucklehead worked the handle with it locked, galling the side of slide and shearing the pin that retails a bronze threaded sleeve used to change the depth setting. I removed, deburred and repaired.

I inspected the motor, it was a real disaster, scariest part is that I suspect it was a factory made modification as all the parts are marked as ‘made in Italy’.

There are two capacitors, the run capacitor is strapped to the motor with hose clamps and looks to have expired at some point. Oddly enough the motor started but I’m nervous to run such a Frankenstein in my workshop.

I removed the pulley, a beautiful turning, press fit an aluminum sleeve into it and cut for a set screw becuase the Italian motor had a bolt in the shaft.

Next I made an aluminum mounting plate with a template and careful use of my Festool router to mount another motor.

I had, on hand, a 1.5hp permanent magnet DC variable speed motor and controller. I used it on another machine years ago. It’s an old friend at this point, so I was happy to put it back into use. The prior motor was 1hp but being concerned that this would not offer low speed torque I decided to retain the original step pulley setup. 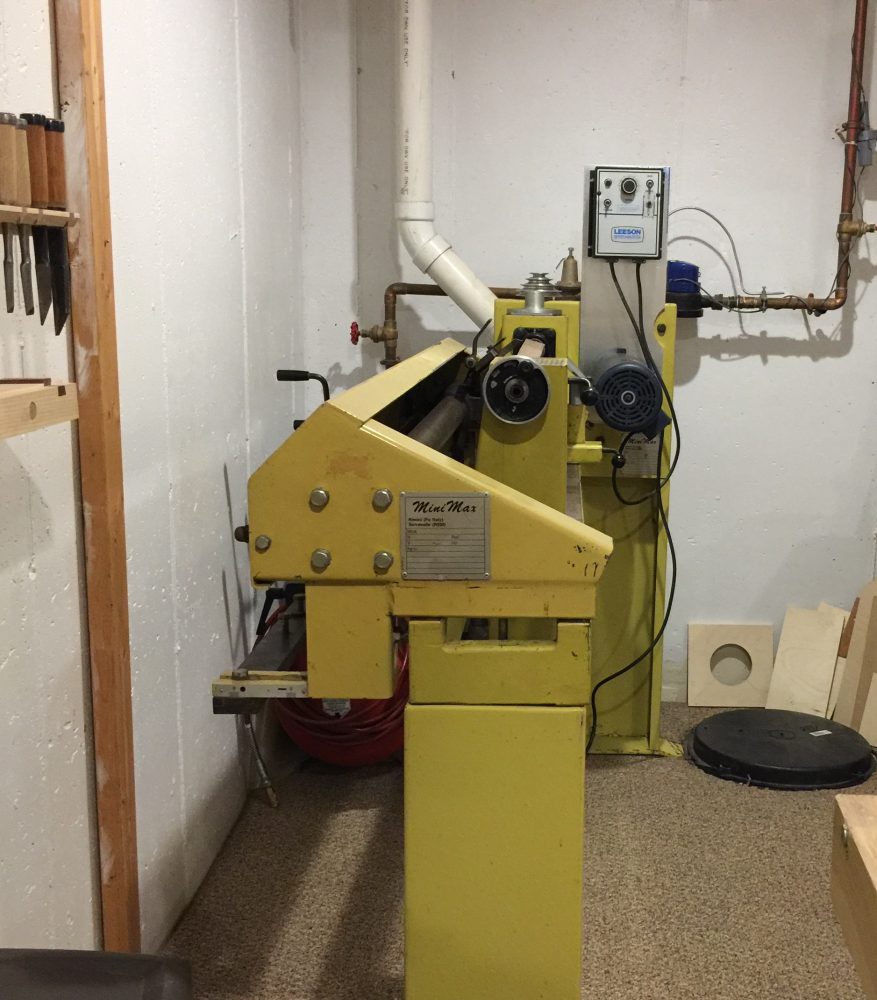 I shortened up the leads then ran a 230v line.

Now that the lathe was back in use I cut some spindles. They were .020” smaller on be end, regardless of length. After some checking i found that the tailstock did not seat flush, I filed it and with the aid of feeler gauges managed to get it back to flush and aligned to the head stock.

I then reset the duplicator to these new measurements. Knocked it down to .005” difference or less. 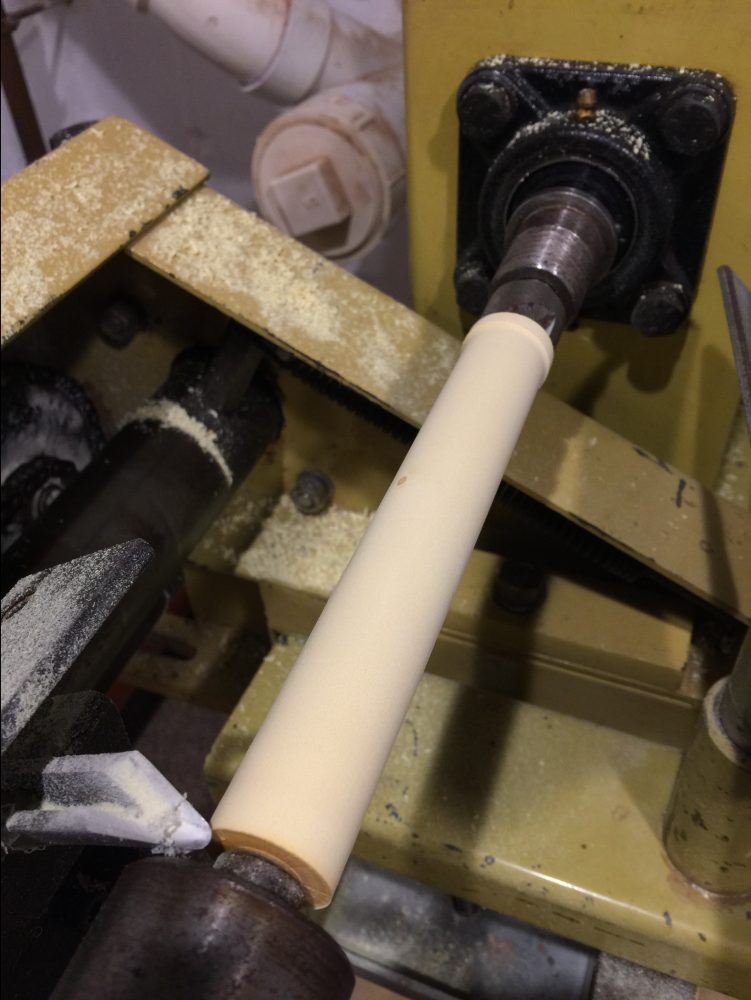 Here's a pic of my copy lathe *PIC*

Re: Here's a pic of my copy lathe