Subject:
I learned something from the sheffield...

David Weaver
...videos that were released in the last year.

I saw more than one cutler dimensioning and shaping an entire handle on a belt or wet wheel (using a wet silicon carbide wheel to dimension wood is definitely an interesting thing).

Yesterday, I was experimenting with two more chisels. The first is a 1095 chisel around 1/2 inch. I learned something from it - no taper and sooner or later the bolster moves. This isn't a surprise, but it moved more easily than I expected, so no more tangs without expanding taper (and I ordered some reclaimed wrought iron rod to try forge welding a bolster).

The second was, the easiest way to fit a handle is probably a coarse belt. The handle just comes to the tool in roughed shape, insert the chisel and then adjust the handle by. I got carried away, and one of the handles got a bit thin. I don't have dust collection in my shop and found a moderate upgrade 4x36 sander (direct drive type with double the belt speed and power of the typical hobbyist stuff) that has good dust collection with a fein vac.

In the pictures, you can see what looks like a gap at the bolsters, but it's not. That's just black sharpie to see how far and how fast the bolster moves (it's moved once and then not again, but I'm sure over time it won't hold up well and the advancing tang will split handles).

Rather than toss this chisel, though, I'll use it, and see what happens and how fast.

I didn't surface finish either of these chisels, so they're a bit sloppy after removing the oxidation (and the one on the right is long on handle and short on blade due to the fact that it's the front tip of a 12 1/2" half round file that already made a large chisel from the tang end. heller's half rounds taper in width and thickness and and only so much chisel can be made out of the front half before the tip gets too thin. This oddball has a big bolster on it that could probably be trimmed back a bit and refiled.

After trimming a couple of handles to the bolster with the belt sander (and then card scraping), I roughed out another 7 blanks. All of this took only about an hour. I think I could do it faster by hand if I had long stock to start with, but I didn't -these were all from short offcuts. 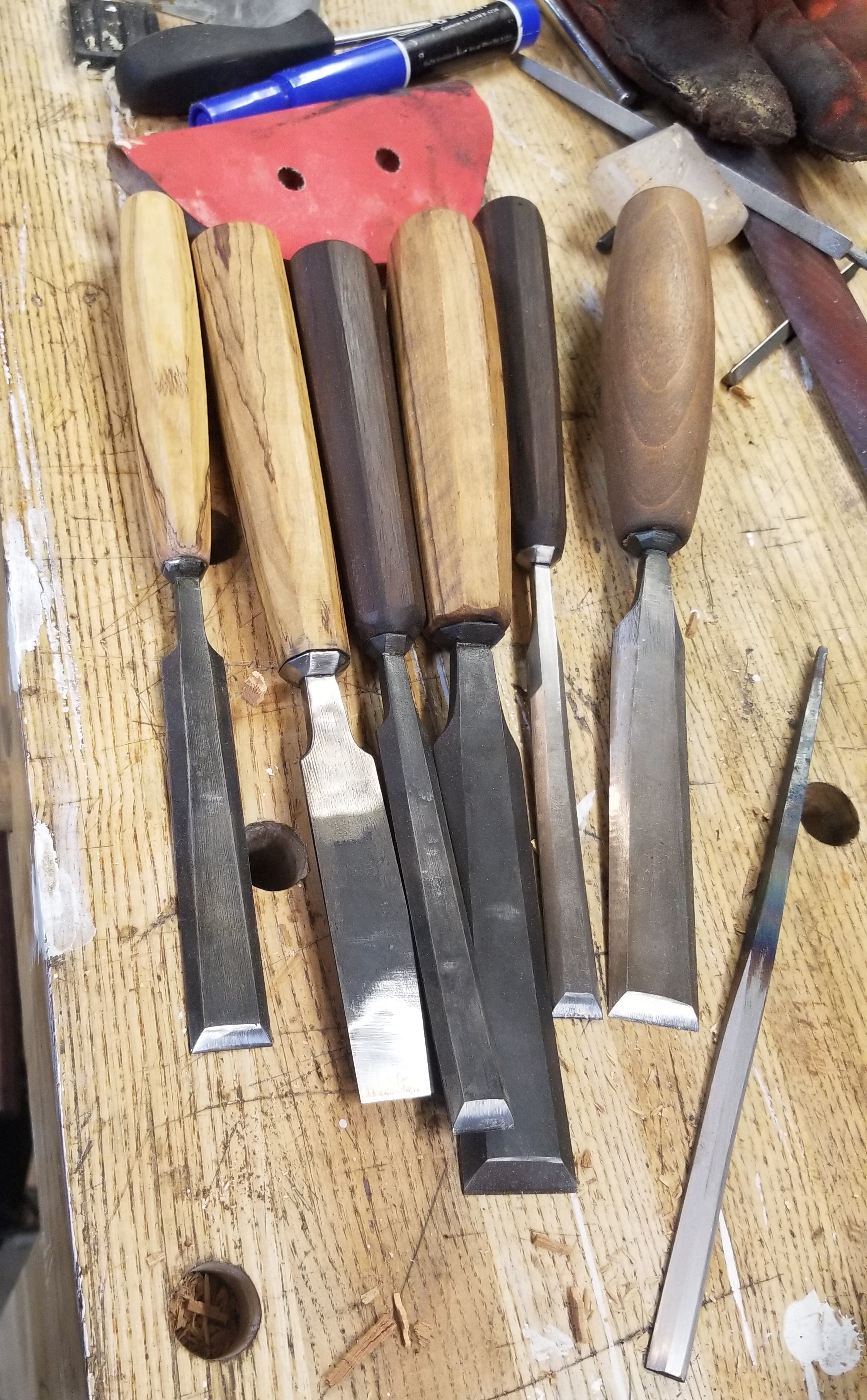 No clue what the brown wood is - it smells like cocobolo, but is a little lighter and less strong. Not a great handle wood, but I have it. 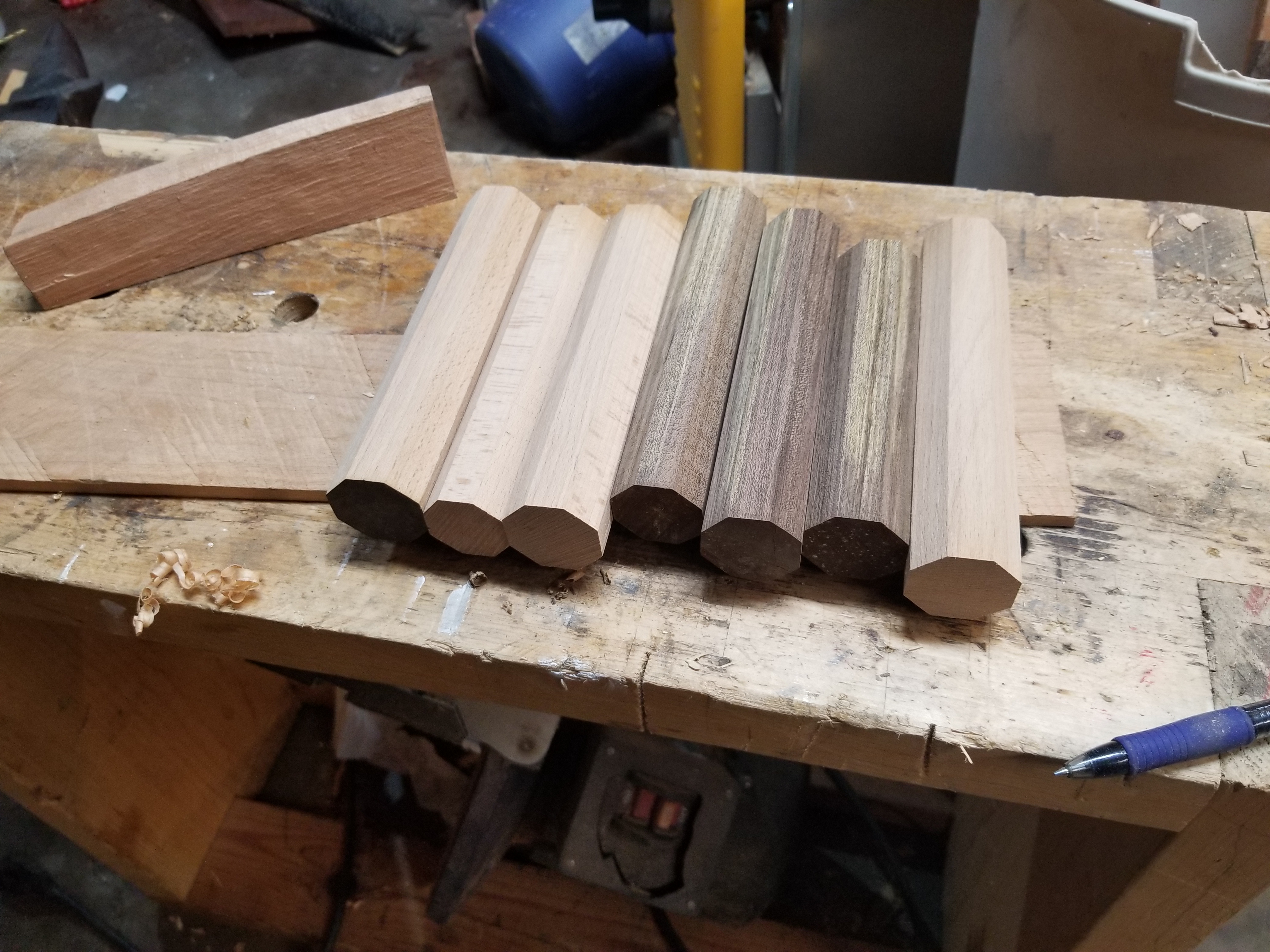 I learned something from the sheffield...