Derek Cohen (in Perth, Australia)
Jim, basically, there is no room for the shavings to escape, and they are becoming trapped between the chipbreaker and the escapement.

The choices are these:

1. Change the escapement, or

The escapement can be dealt with in one of two ways. David suggests that you make the wear steeper. I do not think that the Krenov plane has a traditional wear.

... and David is suggesting you do this (this is a high angle bed Krenov plane I built quite a while back). Note the wear is a higher 90 degrees here ...

Many Krenov-style planes are not built with a traditional wear, but instead with an escapement that ends in an angled corner. This cannot be opened for fear of opening the mouth. I built an infill with an escapement like this ... of course, in that plane, there was a steel sole as well. 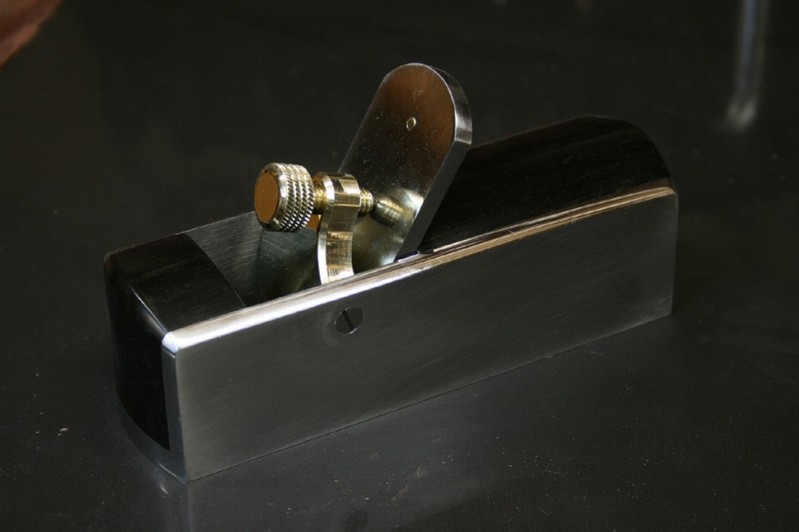 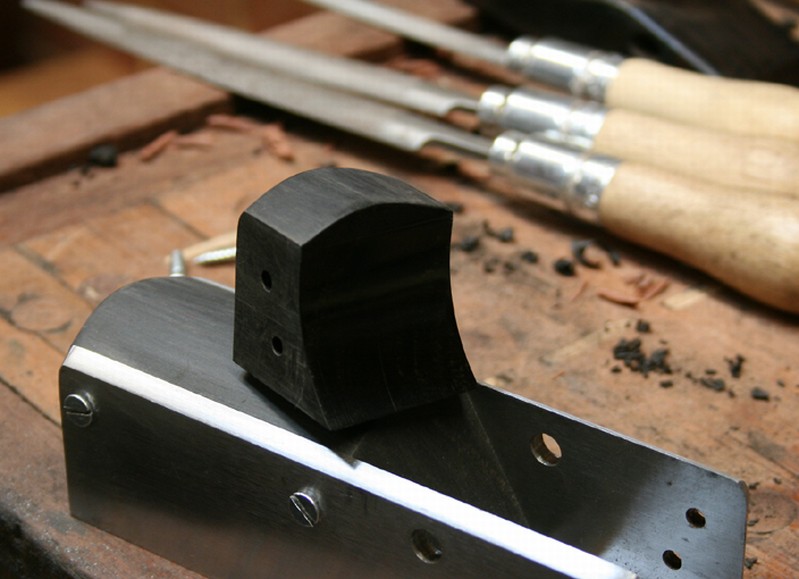 You could do this using a scraper ala the square-ended chisel of Bill Carter (grind the end of a chisel square and use it as a push scraper).

How wide is the iron?

Re: How wide is the iron?

Not a krenov reader...
Re: mouth question