Derek Cohen (in Perth, Australia)
I have five cap irons. They were made by Stanley, Record, Ohio Tool, and Sandusky. All have been altered by me for better function. I have not used an unaltered cap iron since 1975.

Well, that says that perhaps all chipbreakers need to be tuned to perform close to the edge of the blade - even Stanley need some work.

Warren, I did not get that memo.

The very first review I wrote was the new LN Chipbreaker. It was brand new at that time, so somewhere around 2003 (I am guessing). Back then all we believed was that the chipbreaker added stability to the blade. What did we know?

However, I still have that chipbreaker, and have used it. I also have a LN #3 and #4 1/2. Their chipbreakers close up nicely, and the planes work beautifully. I do not see a lack of performance here ... 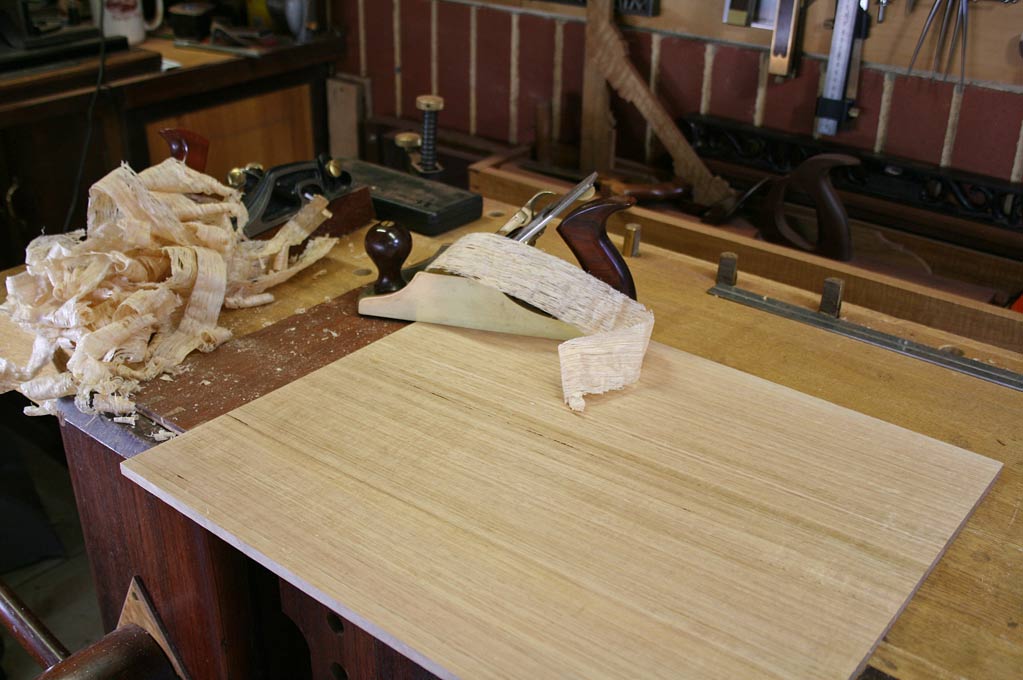 Veritas have two ranges of bevel down planes. I've never used the first version, however I have several of the Stanley-replacement blades and the Veritas chipbreakers in Stanley planes. These work very, very well.

Veritas brought out the Custom range of planes in late 2014. This date is significant.

As you are aware, Rob Lee frequents this forum and others. He was present when all the discussions about the chipbreakers was taking place in 2012-13. I was privy to the planning of the Custom planes. Originally, the aim was for a BD plane with a single blade and a range of frog angles. When I visited the factory in January 2013, that is the plane I played with. However, by the time these planes were released (as I said, nearly 1 1/2 years later), the design now included a chipbreaker. Why do you think that Veritas included it? For show?

This Custom #4 has a 42-degree angled frog. The wood in highly interlocked Fiddleback Marri. Here it is planing without tearout - and into the grain. Non-functional chipbreaker?

On one hand you say that you modify all your chipbreakers, and on the other you say LN and Veritas cannot get it right. Mmmmmm

maybe this will help *PIC*

Re: maybe this will help

Re: maybe this will help

two or three
Re: One more

outside of your back and forth..

If you would be so kind...
will you repost

Re: vestigal vs. needing help

Re: vestigal vs. needing help

Can't you pull the frog back to open the mouth? *NM*