Subject:
either or, nothing... *PIC*
Response To:
decision ()

David Weaver
..nothing of those two potential problems will really hold up a project.

I took a picture of the V11 chisel after I gave it a pretty heavy hand on uni try 1 for the article. 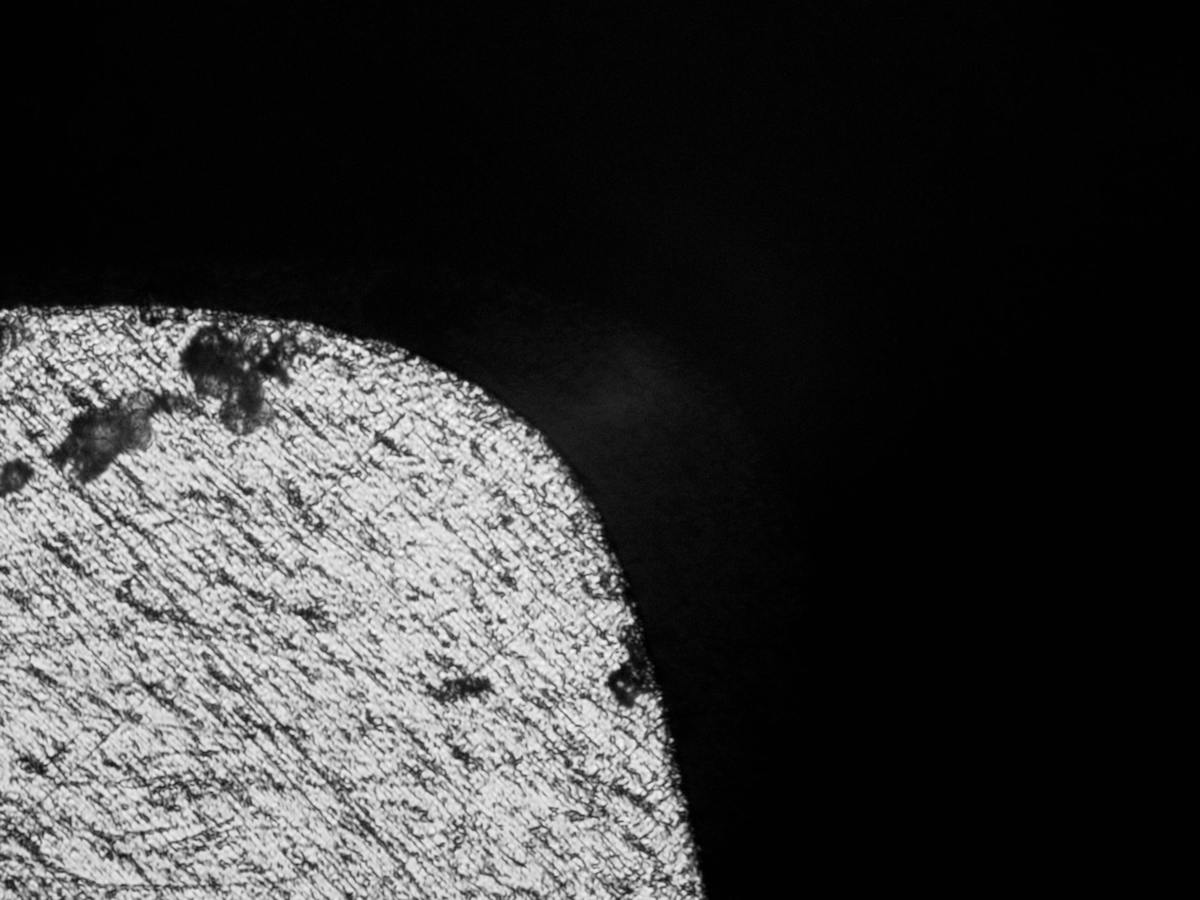 This is a corner.

despite the strange look, it is mostly sharp almost to the edge of the curve and i've noticed no lack of a clean cut at the insides of dovetails when paring through to remove any unmotivated waste.

This is exaggerated a bit on the veritas chisels, too, as they have no arise on the side - they're a knife edge on the sides, as you're maybe aware. The curvature would be a little less on another chisel with a bit of a side arise.

Re: Unicorned Chisel meets a challenge