David Weaver
I've gone back and forth getting the touch with the unicorn method for planes. I didn't think I could get a good result with XHP or other harder longer wearing irons, but today I think I've got it nailed.

Strangely enough, it is easier to get a supremely bright surface with something as plain as those $3 buck brother irons that Home Depot carried at one point. I don't see them online, but for a beginner as far as accessibility goes, those irons can flattened very quickly, a bevel established and then buffed (it took two minutes for one I just took out of a pack, literally - I wish I had video taped it), and the results will be close to this.

At any rate, with XHP finally nailing this down while writing a long article, I sped up the shutter speed on my phone and this is a picture of a LED light on the ceiling. Note that the dots on the surface of a cherry edge (and this is a quartered edge, not a flat sawn edge, so the surface should be slightly less bright) are the individual LEDs in the overhead light. Note also that this is intentionally planed against the grain.

These can be seen in person with perfect definition and clarity. I am getting better at tricking the phone, but not quite able to catch in person clarity. Despite the mode being called manual, there are still things that the software does to try to avoid glare.

I have not gotten shavings as thin and as uniform as the shavings that produced this at any point, and the back of the iron is honed only on a washita, nothing supremely fine. 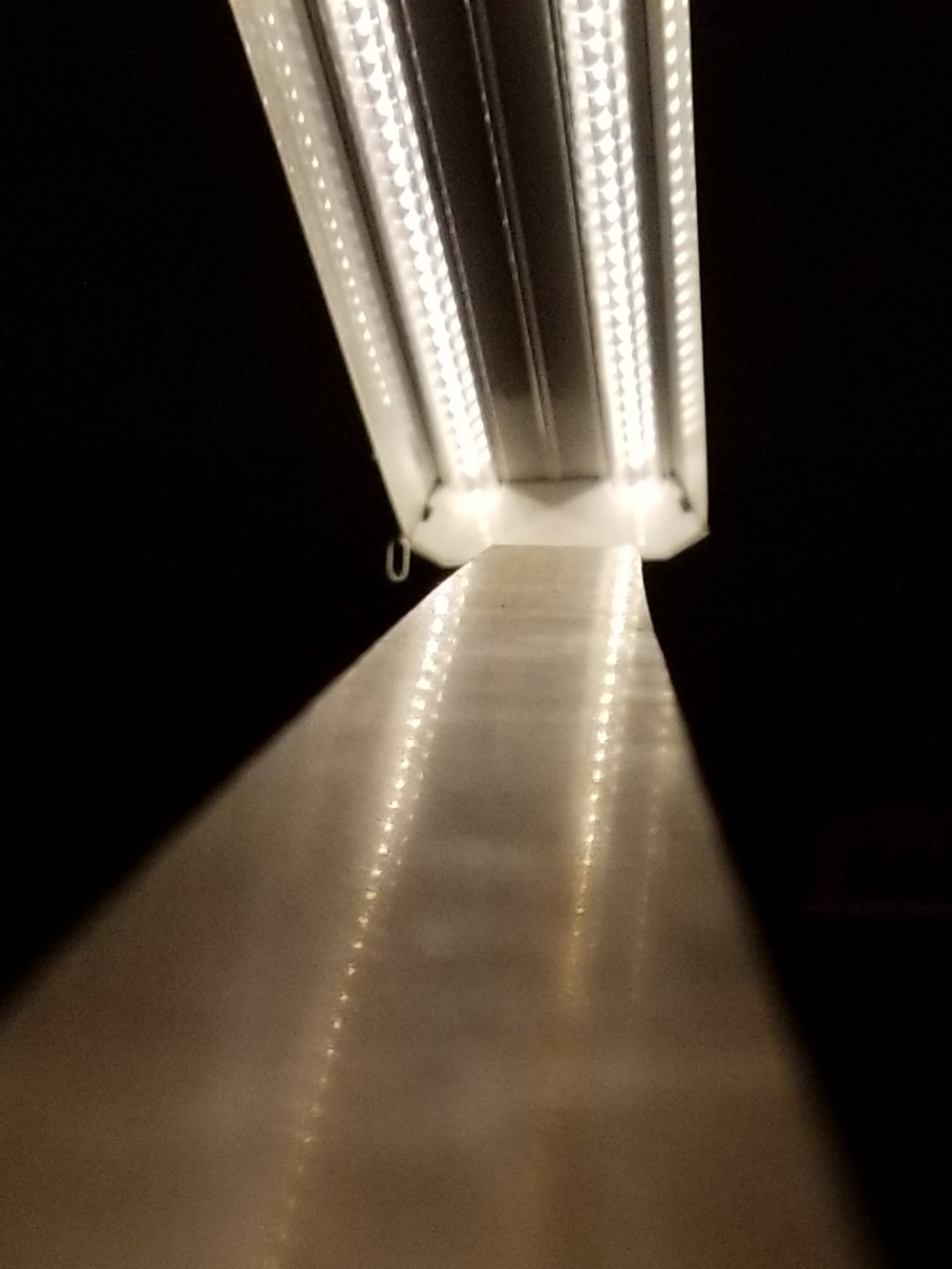 This is quite a bit of fun, but it will ultimately be practical for finish planing.

I have not seen a brighter surface than this off of a japanese plane, and one of the reasons that I chased the cap iron early on was to be able to get a show surface like this on bare wood.