David Weaver
Actually, you saw the factory grind in my picture.

I have a full set of these chisels. The grind marks are the same top to bottom, end to end and the same on the small bevel as they are on the side of the chisel.

I have two in the set that I've used - those obviously don't look the same.

I never looked closely at them before - all may have been unused, and were perhaps worthy of leaving unused if I'd thought about it.

The maker is IH sorby, as good as any maker that's ever existed (better than marples).

(edit, further look - same owner mark, same handles - the whole set is IH sorby, but with two different marks. One is the typical letters only with serifs and no border, and the other is the stamp shown below).

I believe these are probably middle 1800s. This mark started around 1825. I am not a collector, I bought this set of chisels because they were relatively cheap (about $25 each). It looks like later oval bolstered chisels came with a flat grind on the bevel, but that may have been a cost cut by then. 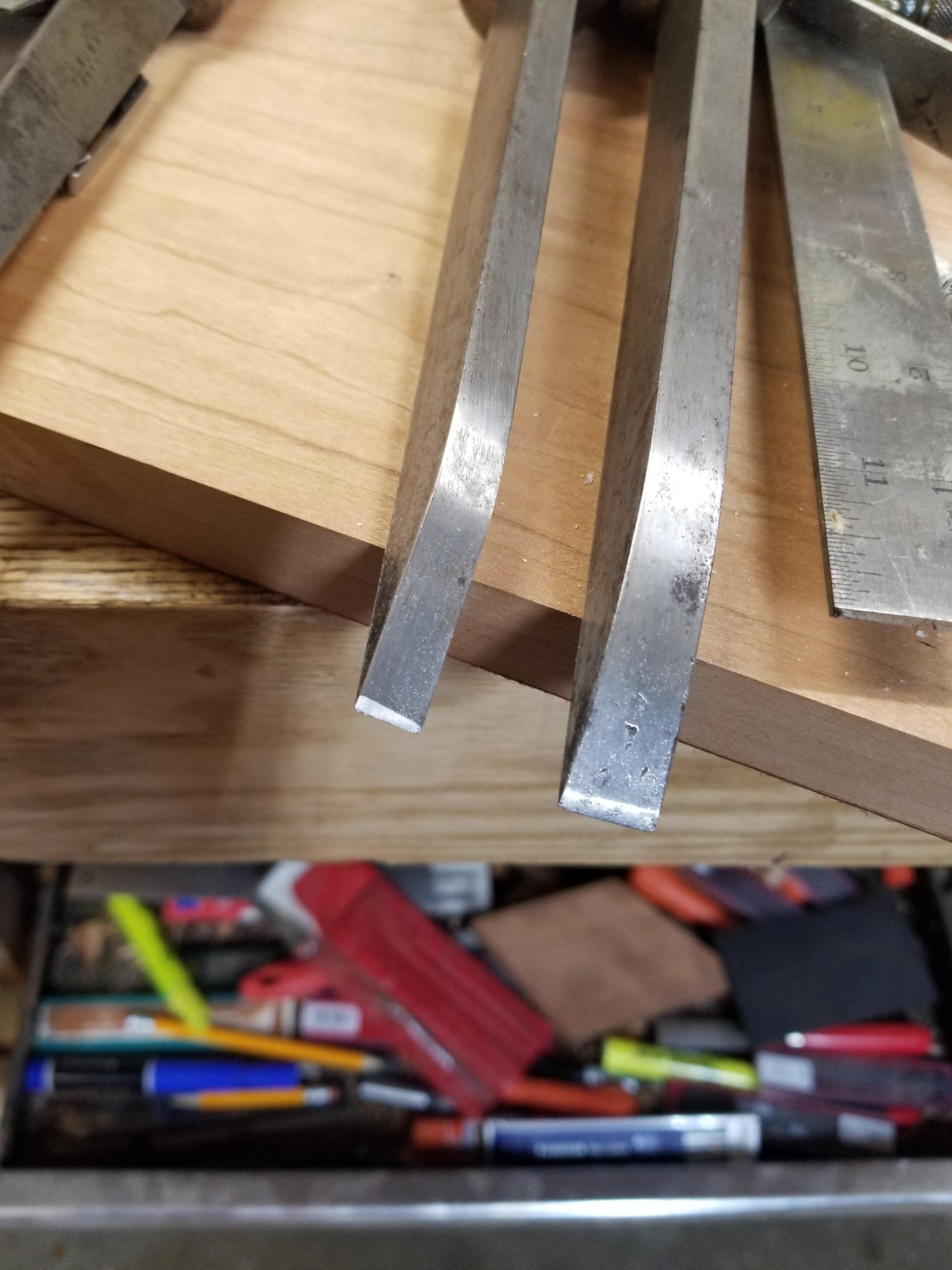 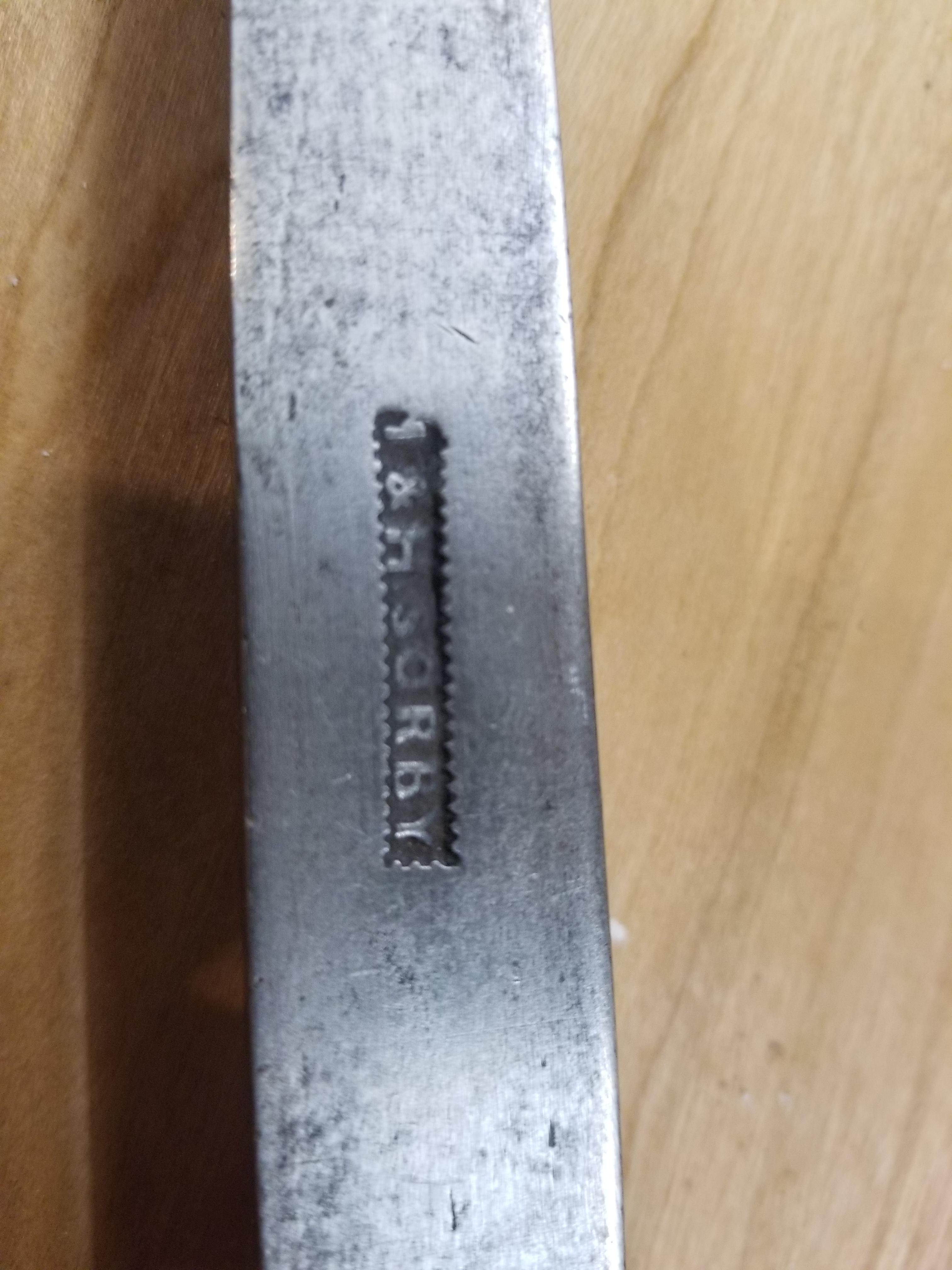 To reiterate what's said above, the bevel is ground, it doesn't look like it was ever finish honed, as the grind marks on the small bevel are the same as the rest of the chisel. No evidence of having ever been honed on the back of the chisel, either - the factory grind goes all the way to the edge, except on the two that I've used, the factory marks are long gone (further up than I've honed them, also).