Subject:
I have never looked closely at...
Response To:
Comparative Profile Pictures ()

David Weaver
I've never looked closely at what's going on before, but this is exactly what I'm looking for.

These are the two chisels used in the video, but I had to refresh the facet on the flat bevel chisel to make sure it wasn't damaged at all, and I've since used the unicorn chisel to mortise a rosewood plane body, and thus refreshed it just as I would've otherwise.

Our guesses about length seem to be confirmed - the buffed bevel appears to remove about 2 thousandths of edge length and what's left behind is not particularly blunt anywhere, but if there is an area of a lot of steepness, it's only at the very edge (thus, it moves through beech easier than the flat bevel in the video)

these pictures are at the same magnification as the damage pictures posted elsewhere on here. 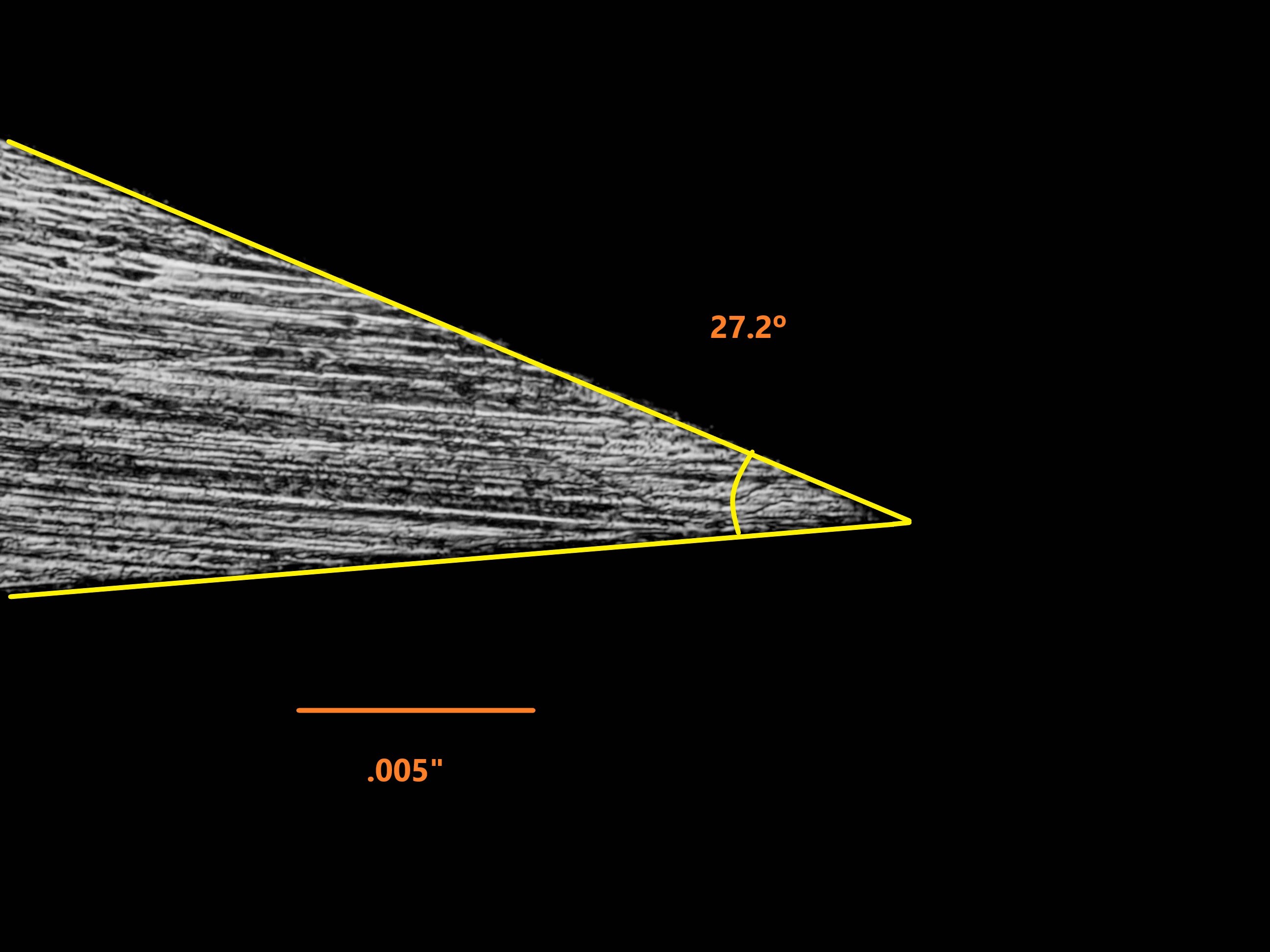 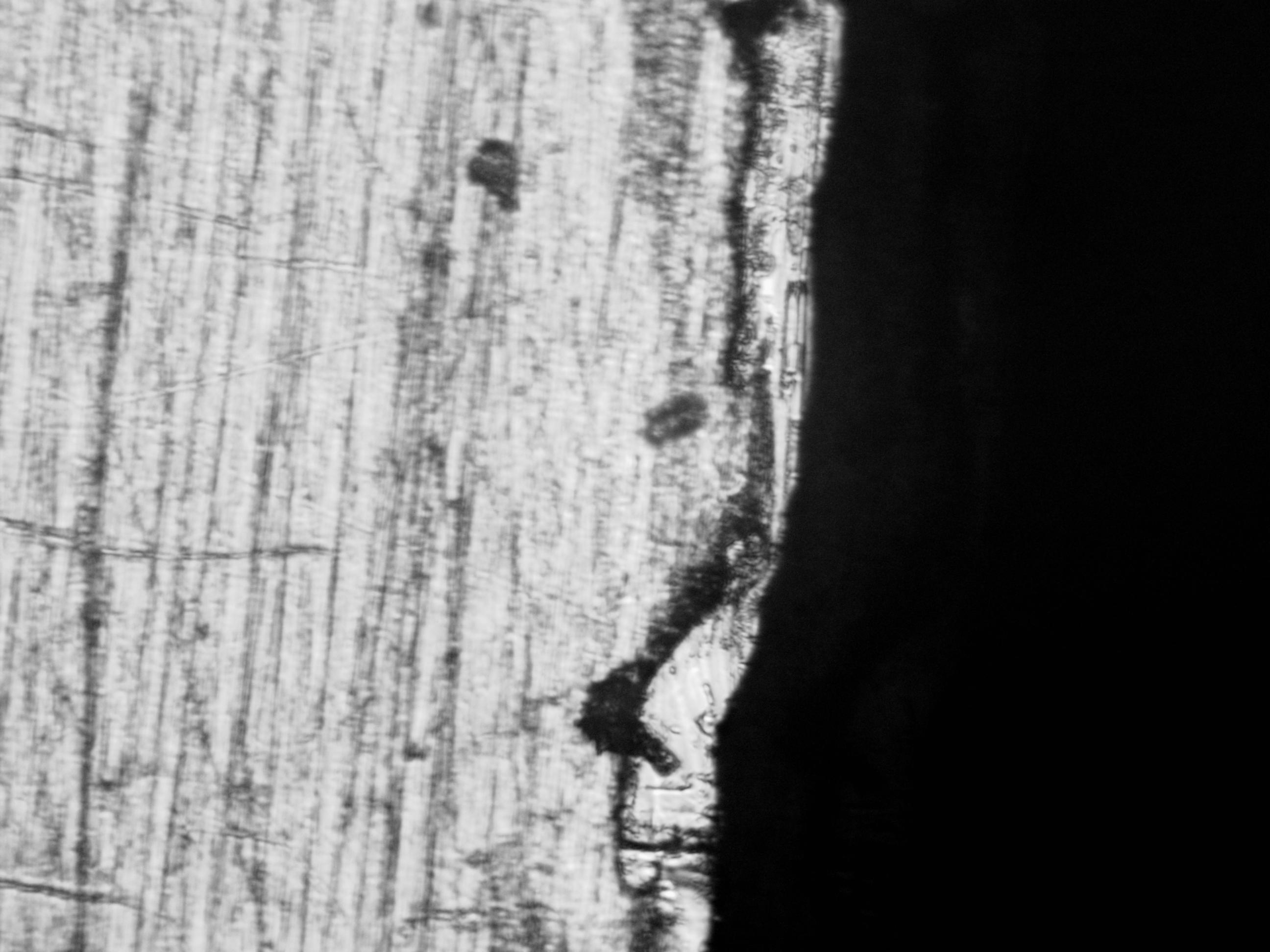 It's fairly easy to see why the modified edge is more desirable than the amount of damage shown. That was the damage for what would've been equivalent to chopping a couple of half blinds out. The unicorn edge showed no damage (and interestingly, no wear marks - though wear may have been just at the very edge because there's nothing to hold the back of the chisel that tight against a leaf of wood shearing off of the end of a board).