Hank Knight
Bill and others, yes, the individual horizontal element's (except for the top and bottom and the center elements in the tall panel) float. The top, bottom and center element are tenoned and glued into mortises in the vertical style. The other horizontal elements have shallow stub tenons on the ends that are captured in a groove in the style and float. They are dimensioned to allow space for expansion and contraction and are splined together lengthwise (no glue) to keep the assembly flat. The bead hides the resulting gaps and gives the completed panel the appearance of being solid, with no gaps

Here is a photograph of the bottom horizontal slat in the tall panel that shows the long tenon and the stub tenon. The top and the center slats are similarly formed. The other horizontal slats have only stub tenons that float. The slats in the small panels in the other pictured piece in my original post fit into a frame, so they have only stub tenons that float in grooves in the frame's styles. 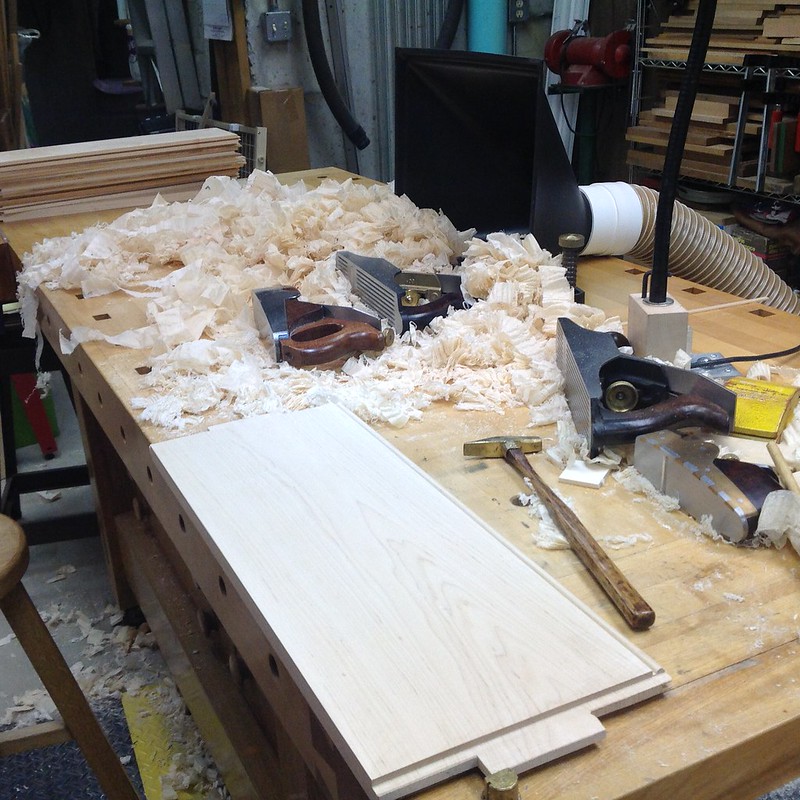