David Weaver
XHP, V11 - whatever you want to call it.

I am still using my XHP mule (the test iron that I made) as I don't have any other good ones made yet for my smoother. It's probably the worst decent one that I made (it being the one that planed 4050 feet to my 2200 foot total for my best O1 iron).

I got 5 washitas in the last 3 weeks. I guess that won't stop until I stop looking. The person I bought them from is wired a little bit like me and he knocked the tops off of the face of the stone and then lapped them flat, so they're fresh and a little aggressive.

XHP and a washita as a finish stone are almost a match made in heaven. Everything that A2 does wrong with a washita, XHP doesn't. Since XHP is abraded half as fast, it's abraded less deeply and the iron takes a finer edge and then moves through a cut better than my O1 iron.

All that's needed is some minimal stropping to remove a wire edge, and I"m not really sure that's even necessary. The picture below is a view down the length of a plane body for a jack plane - beech, and this is the sized blank. It's not finish planed, but rather sized only.

despite the phone's best effort to eliminate glare, you can still see about 1/4th of the reflectiveness that I see in person. All on a stone that has not settled in and is cutting aggressively (it raises a wire edge on XHP easily). 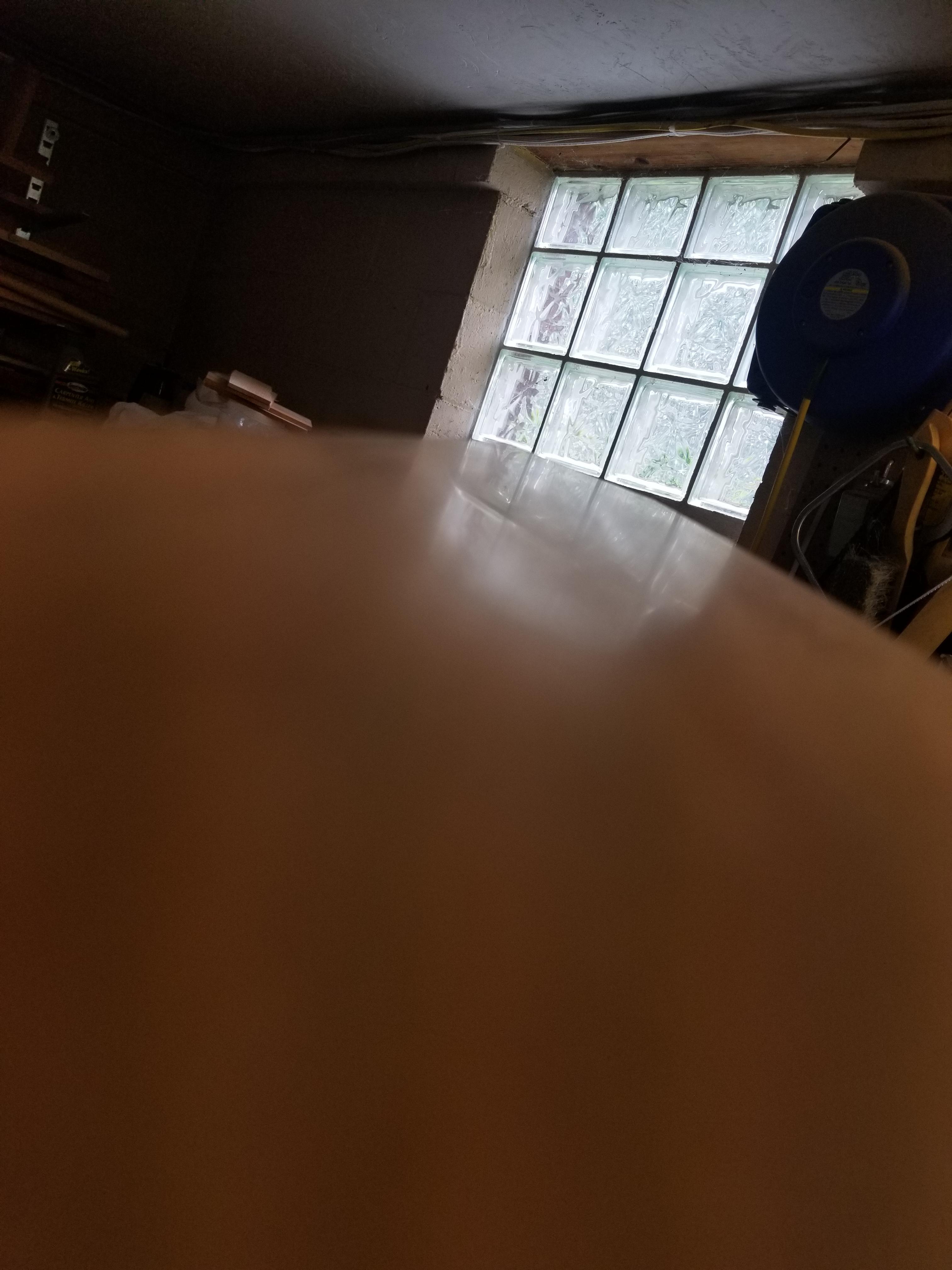 I've begun to strop my irons on the corners of the cotton buff wheel, too (those being the clean soft cotton that has no real spine or abrasive in it). I'm going to take pictures of the stropped edge vs. bare bovine leather, but I believe the quality of the strop (cleanliness of the edge with less being torn off with the wire edge) is better. These are not material things, but the buffing wheel never gets contaminated and I need to do nothing to care for it. It's just there.

slickness of the chromium

Well THAT is not what I expected, coefficient of f

something easier that I could do..

Re: something easier that I could do..

Well, thanks yet we also

no worries....
Speaking of which, Bill,

more from literature
Something else accounts for the "feel" ?

Re: answer, how cap iron works

Ditto to Bill
thank you for kind words *NM*

how cap iron works and The SMT Loopy!

Re: early data
Re: Let's test your theory

Lemme get this straight...