David Weaver
I suspect that there are a lot of uses for the buffer for the lazy, and not posting out of anything other than curiosity.

If you prepare a few edges on a card scraper, you can generally keep yourself busy for a while with nothing more than a burnisher.

I like the washita - it removes file marks fast, isn't threatened by scraper hardness and it leaves a reasonably fine edge on a scraper (and even when you wipe the swarf off, the oil is already there). One stone, you can do it freehand all the way. File two edges, clean them up and roll a burr in two minutes for the dullest of scrapers.

BUT, aside from the orientation of the burr, nothing else on the scraper is that critical.

A light pass across the corner of the buff to keep the front side of this steep bevel clean, both sides are polished.

You can scrape with the thing straight away, but the buffer removes the hook - it's short lived. with the burnisher in hand, one stroke across the face of the scraper and then one perpendicular to the top (since we've re-oriented the bevel a little bit) and the action of the scraper is sublime.

You can do it many times before the burr becomes ratty, and then five seconds on the deburring wheel and the buff again. If the geometry ever gets wonky, just refile the edge and restart.

These are direct links so you can see the pictures full size. The wood is english sycamore. The shavings are plentiful and have no hard bits in them, so they make a great burnisher. This camera has an anti reflection control in it, but the shine on the wood is good enough that I can get partially past it.

I've got a few curved scrapers that aren't necessarily that difficult to care for, but this will make those even easier. 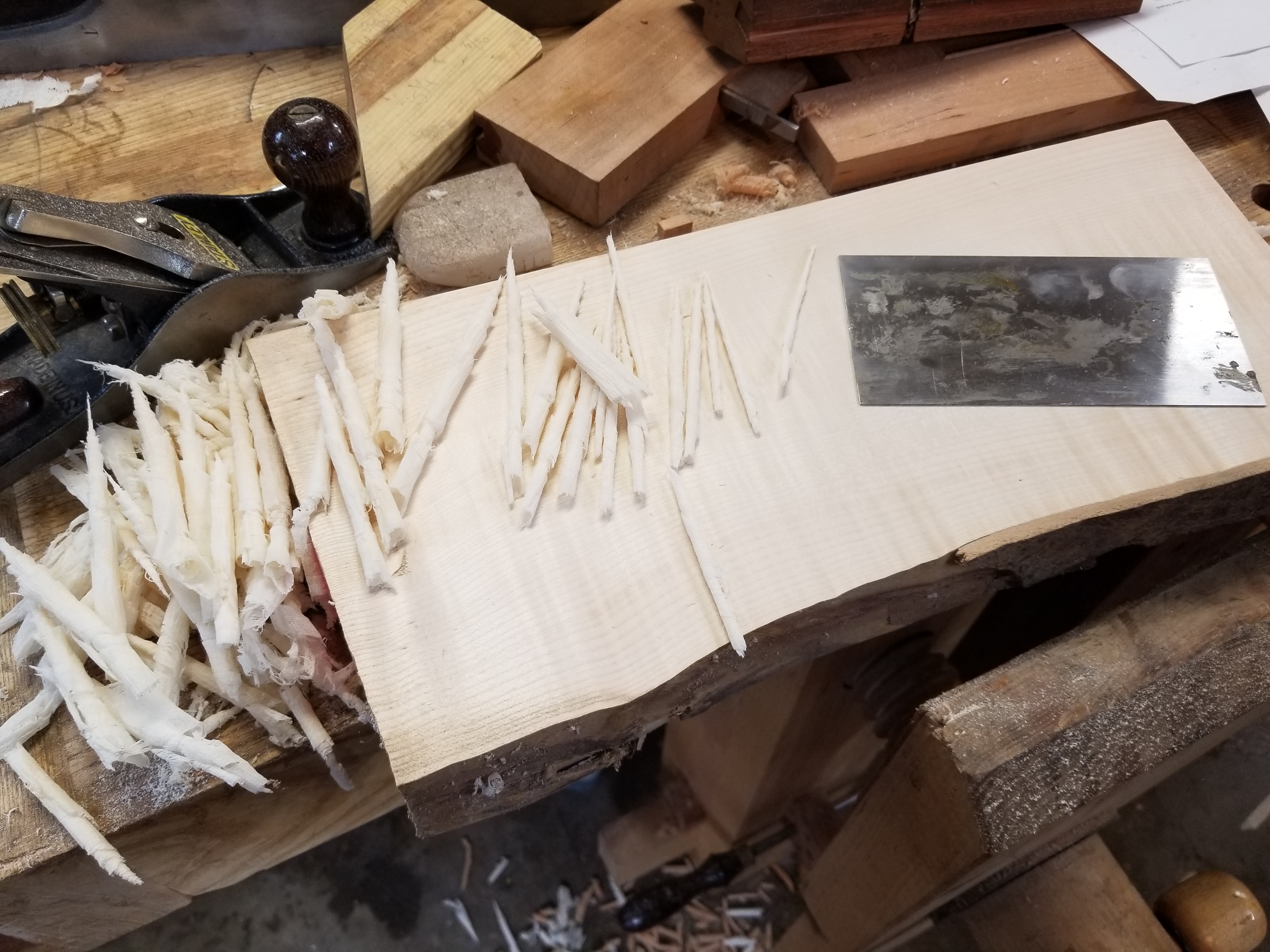 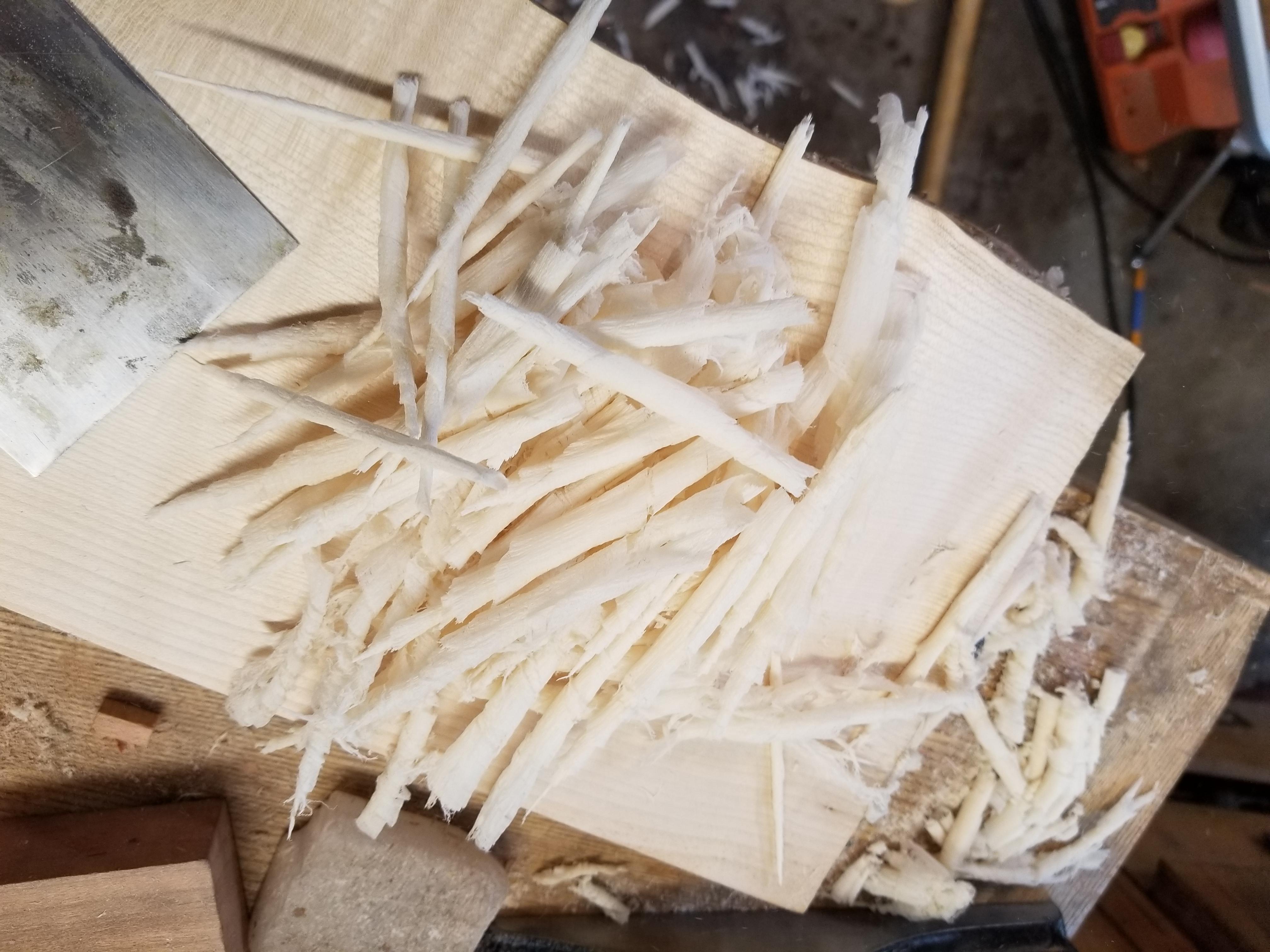 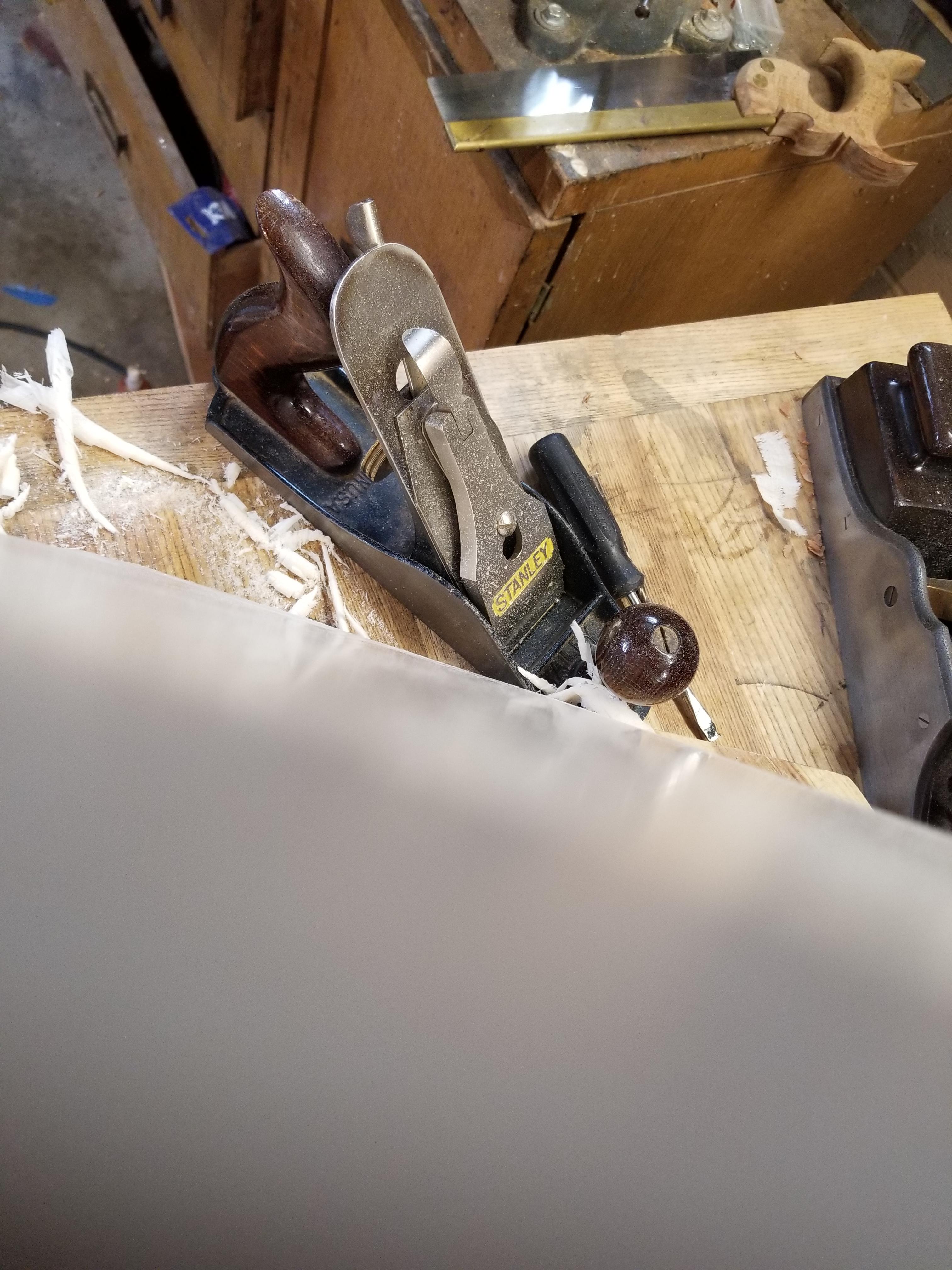 experience in 10 minutes of playing

On sensitivities to allergens

Re: On sensitivities to allergens

Thanks for the video! *NM*

I will make a video...
really great for harder blades...

Re: really great for harder blades...

Re: really great for harder blades...
Some specs here...