Jim Matthews
During the lockdown, I'm working through some of the neglected projects.

This Quilt display holds a tenth anniversary present from my wife.

It's entirely made with resawn Tupelo (Rhode Island Sweet gum) which is very soft and has a highly figured, interlocking grain. David Weaver sent a home brew XHP blade which allowed me to finally tame this cantankerous stuff.

Resawing in both species was managed with my Red Neck Ryoba, which is long enough to get the guideline into focus. Everything is mechanically fit, either by match planing or mortice and tenon. Screws were used for hinges and limit chains.

The Tupelo was resawn to preserve orientation of the figure.

Electrons were burned only for lighting and Interwebs RayGeeYo.

Shellac and wax finish. Sanding at 220 after Shellac.

Thanks to David for the fine iron and Brian Holcombe for demonstrating sawing techniques. 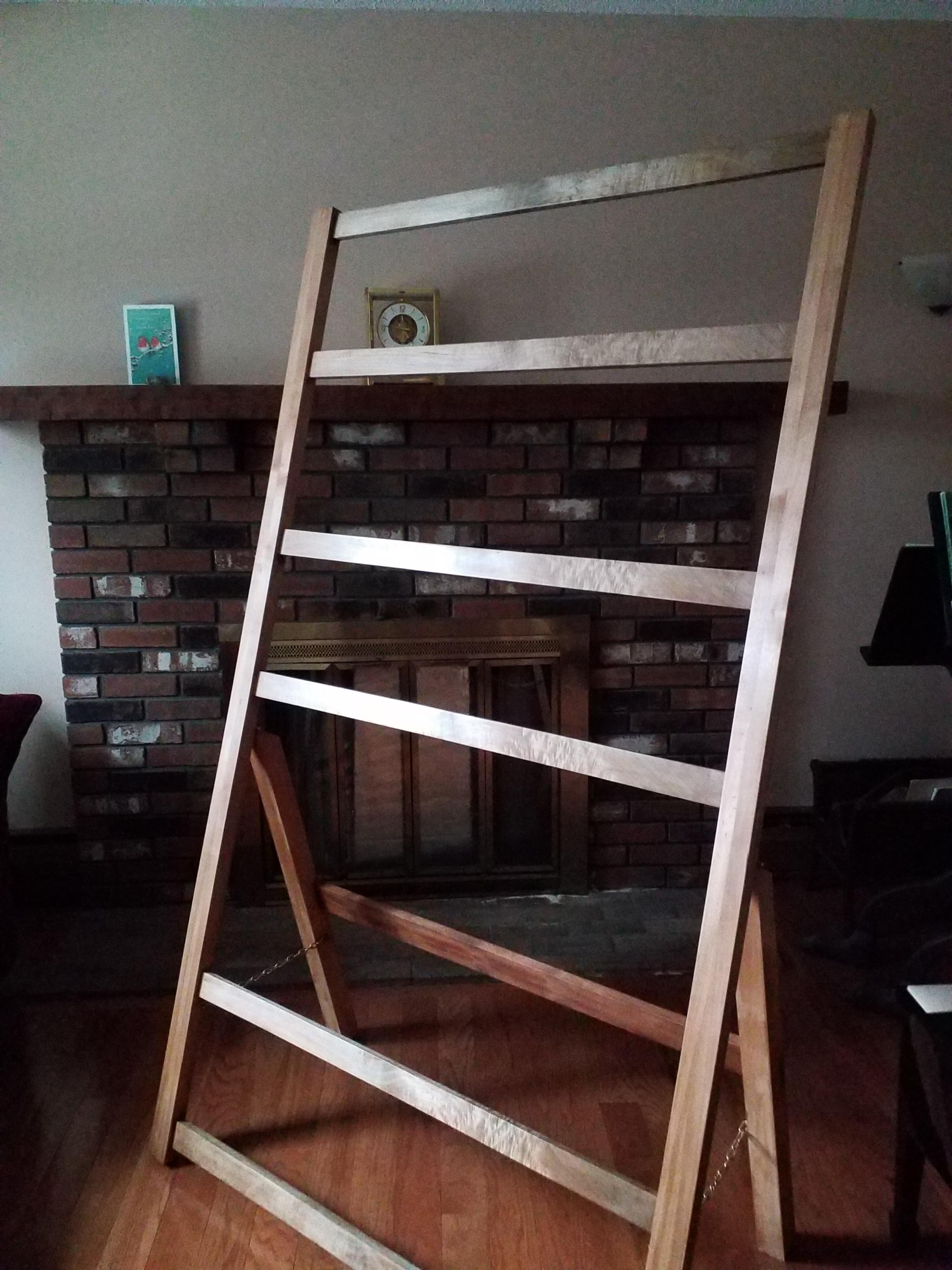 Re: A couple more

Re: A couple more
breaking edges...

That side table is clever
electric guitars...

You forgot the key ingredient

Both from Barrington, RI

Re: Both from Barrington, RI