David Weaver
I don't keep anything nice. My tools included. Nice is dependent on what you're looking for, this plane still works nicely, but I intended originally to fix the aesthetics of the side knob (it was quick work). And make a better wedge.

I came home one day last year or the year before to see "shootenstein" on the floor. Concrete floor after a near 4 foot fall. Iron out, corner busted off of the iron and a dent on the front of shootenstein's corner, and some telegraphed tails.

My wife is a habitual cleaner. Upstairs is hers, but she ventures to downstairs and sometimes cleans out my shop. This is a terrible thing, because she doesn't know shootenstein from a broomstick - I've requested "no service" in my areas, but to no avail. Somewhere during the process, shootenstein took a header off of the rolling toolbox that it resides on (think automotive rolling chest, not a small toolbox) - straight on to concrete shop/garage floor. I checked shootenstein's flatness and squareness and aside from some little cosmetic damage to the front corner (not much) and expediting of seasonal movement causing peined parts to telegraph lines, shootenstein came through fine. I guess this took some of the pressure off of trying to keep it nice.

Fast forward to yesterday, I cut all of the panels (shelves) for dovetails in the case mentioned below a little too short. First ever large error dimensioning and sawing by hand, but a story of making two marks and not being smart enough to remove the one that shouldn't be used - I used the shorter one for all of the shelves and they'll have to be used somewhere else in the future. They're flush fit with the side of the case instead of case inside width plus tails.

End of yesterday, I'd made three more shelves and was hand sawing them off to length and figured I would challenge my assertion that it's faster to plane these shelves in the vise with a bench plane. I think shootenstein may make it an even contest.

I left this out of Bill's request thread because while it's a shop made tool, it's not accessible to a beginner. At the same time, a George could make something much nicer. It can, however, be made with nothing more than some hand tools and a belt sander and a torch/small forge. The key is knowing where to use which parts (the belt sander comes in only to hollow the back of the iron to make it bed like a champ).

The comment about losing down pressure holds - shootenstein is superior at this job to a stanley, but being able to stand over the work in a vice makes things even again. This can be somewhat offset by doing heavy work when allowable (less dulling of the iron for one pass vs. 5 and starting a heavy cut is never a problem). Those thick shavings also make it easy to target parts of the board to plane to the mark so that even if the shoot board isn't perfectly square, you can still plane dead on to the mark. Hard to explain how this is done, but it would be easy to see in person. 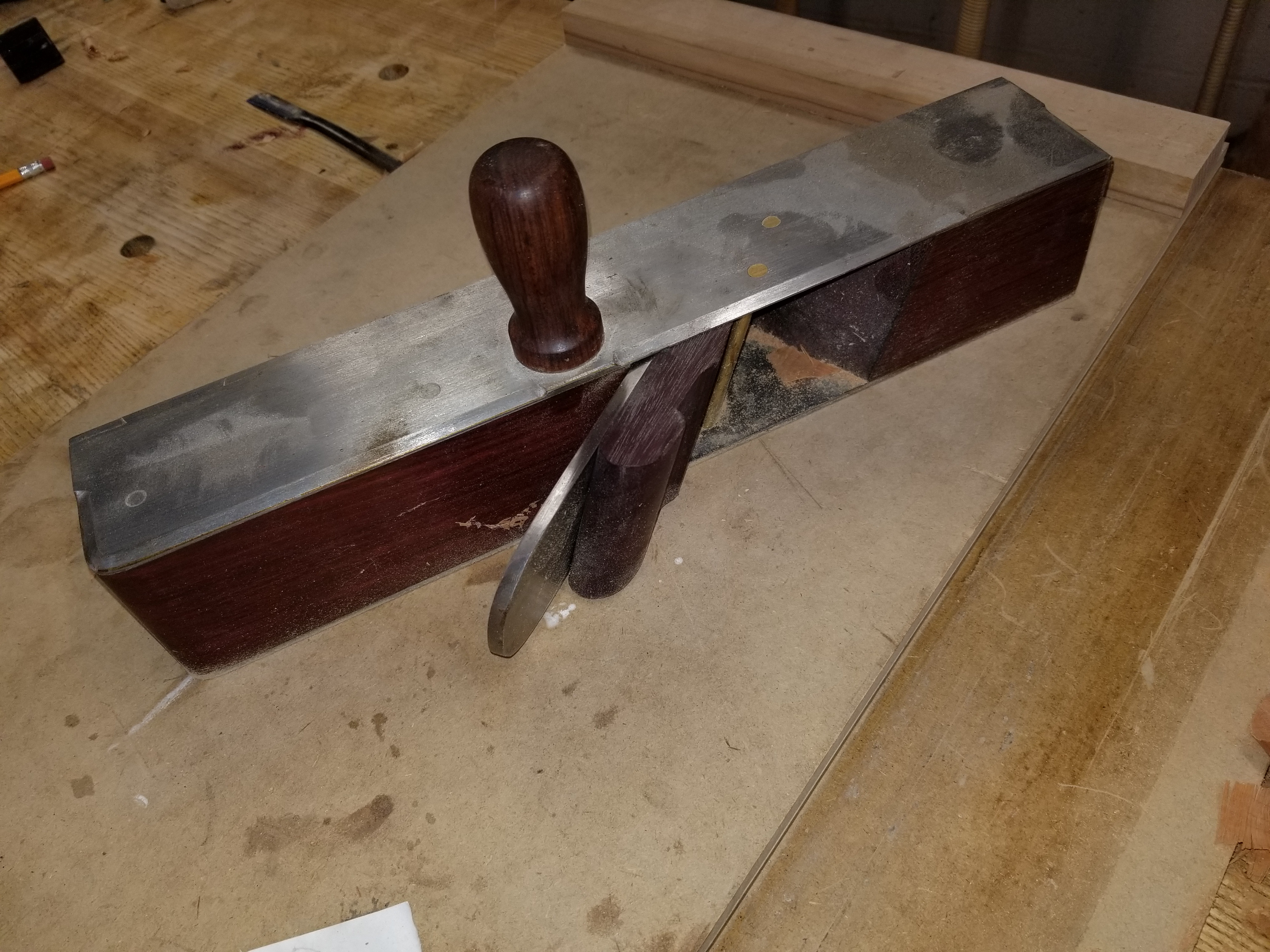 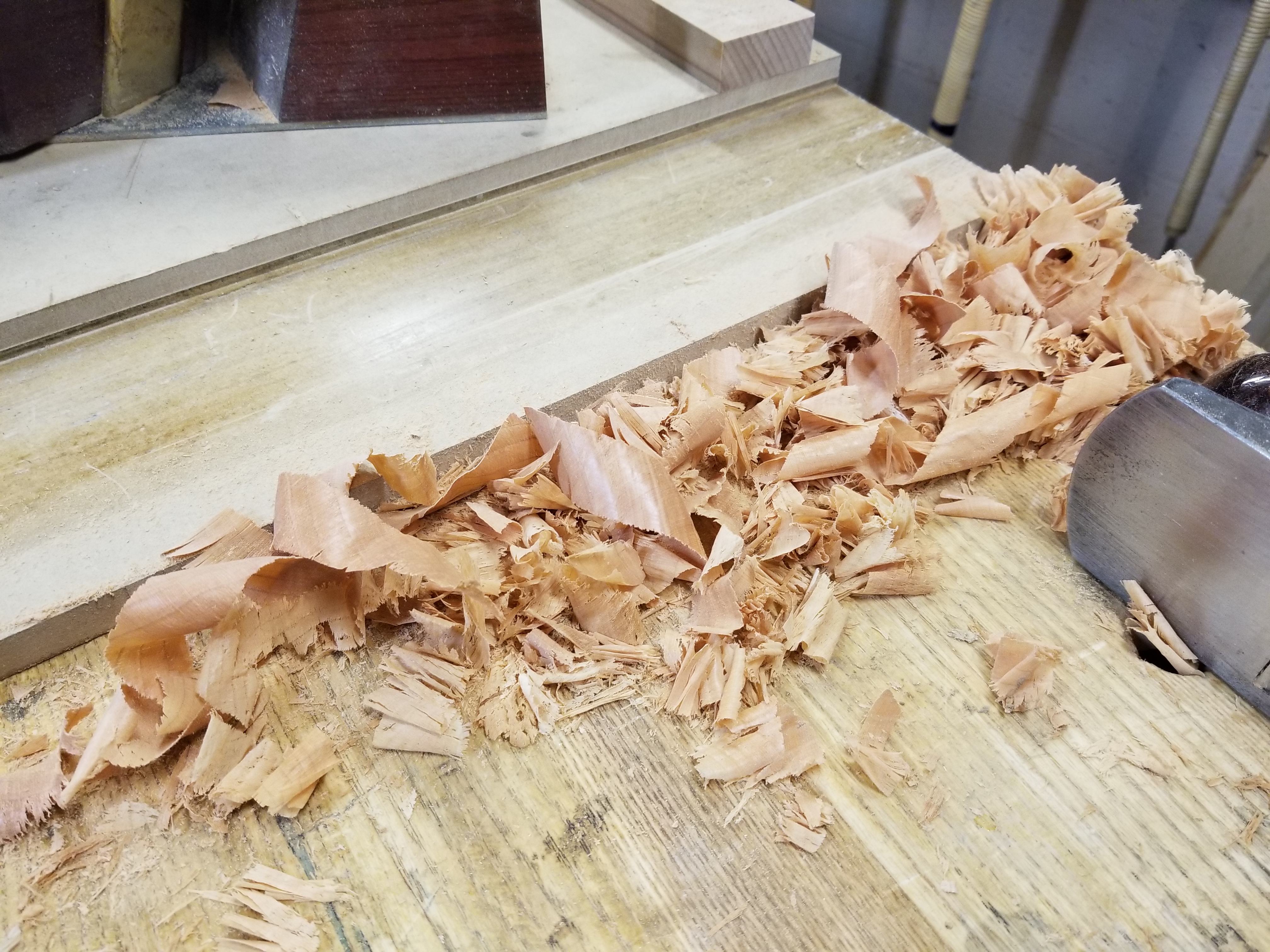 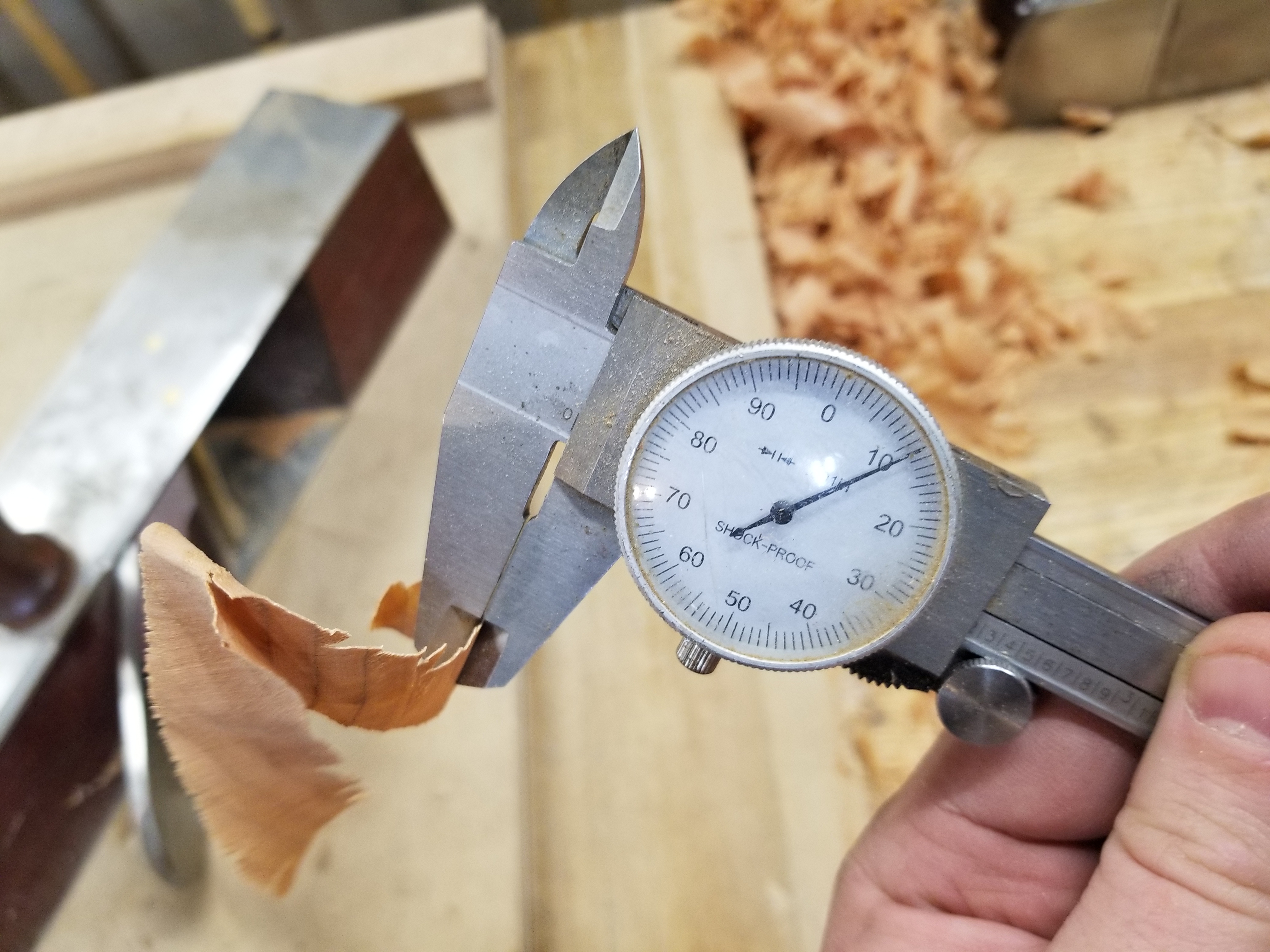 This is the only tool that I've ever made where I can definitively say it's better than any commercial tool (of the same function) I've ever used. It took considerable effort to make it and a lot of time with a vixen float filing away steel to make the bottom flat and the far side square, but it really works well - and it can survive a nose dive to concrete.

Subtle Hint in the prior pictures