David Weaver
So, after the last disaster on maple, I've settled with testing 3V and V11 head to head on beech again. I could either use beech or cherry, and beech makes more sense right now as a potential asterisk.

.. it was created by vigorous ruler tricking with 1 micron diamonds. In my vim to really be sure I'd eliminated all scratches at the edge, i created a back side wire edge. Had I stopped with the bevel work, this wouldn't have occurred, but light work on the ruler trick would've left lines going all the way to the edge and they would've eventually shown up in the work if they didn't immediately.

Fast forward, I was just refurbishing the two subject blades after they took on more inclusion today, and Phil Smith sent me a wonderful cast blanchard ground plate. I decided to speed things up and try 1 micron diamonds on it. It's aggressive compared to the wood. Much faster cutting - not surprisingly. It can easily create the wire edge I'm talking about on the bevel side if you do the ruler trick and then do not tease back and forth on the edge.

Some won't believe that, so I took pictures of it. 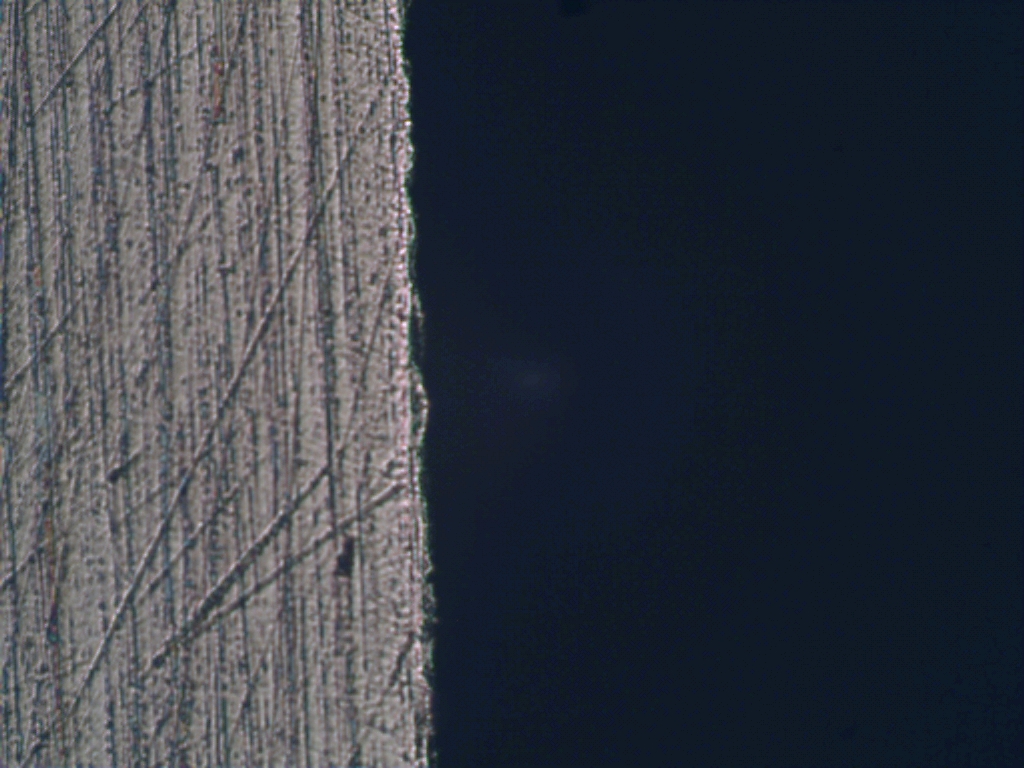 Now, see what it looks like when you strop it off (all of this wire edge was created after all others was removed - this is purely 1 micron diamond wire edge, but made very aggressive by a cast plate with blanchard grinding marks on it (I love it, by the way). 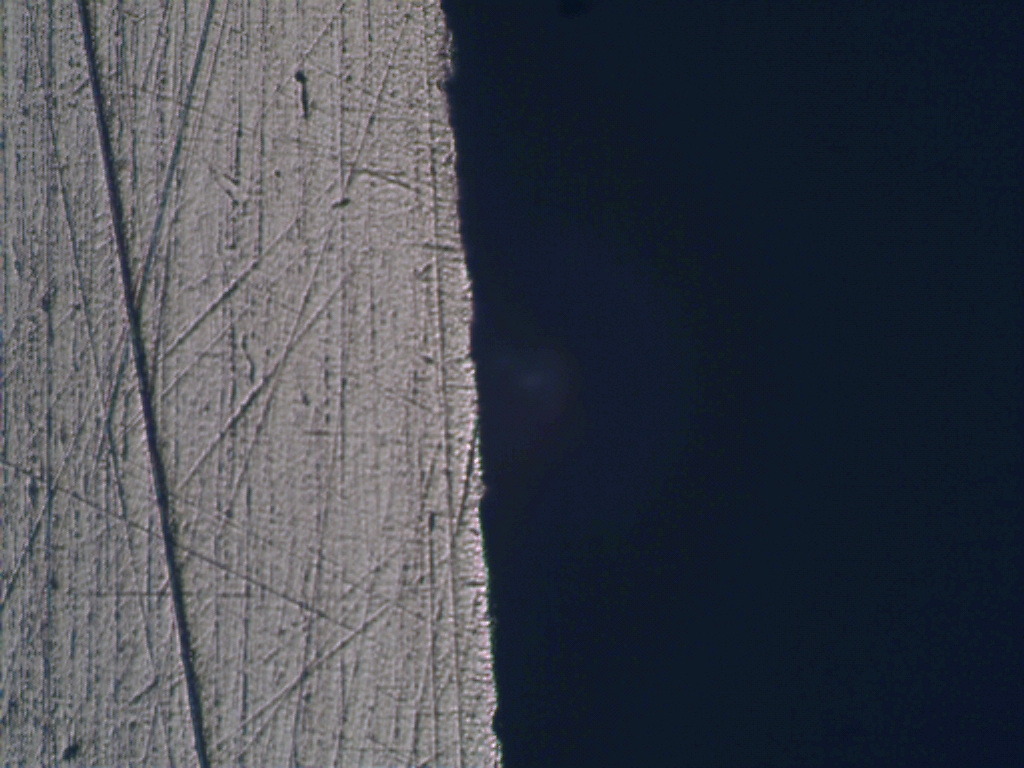 I have an arsenal of freehand trickery to deal with this kind of stuff, but I can't use it for a test like this because it's not reproducible by other people.

I also have a keen eye for edges from sharpening a gaggle of razors. I can see this on the edge with a naked eye because the little direction changes only just reflect tiny amounts of light.

This edge will plane just fine - it would probably actually take a 5 ten thousandth shaving without issue and it shaves hair off no problem. But it won't make an absolutely uniform surface.

How much is the penalty in feet planed? I don't know.

The cast plate is helpful, though - it's decisive and i can do the initial final bevel with it and then switch over to the wood for the purposes of this test.

Does anyone actually do that?

Re: Does anyone actually do that?

i vaguely recall years ago

Re: i vaguely recall years ago

Burr size is controlled by..

Re: a newbie question...

Re: a newbie question...
No problem..

sharpening with a hand lens

Re: confused by wire edges