david weaver
...and a subtest to come. Before I do any more tests, I'm waiting for a hand held scope. I've lost the $11 one that I had, but intend to take a picture of the wear on the bevel side of these irons.

Leafing through the pictures, it's strange how different beech is on an edge vs. maple. I could actually feel it a little bit. Drier, more powdery feeling (no powder hanging around, but think waxed paper (maple) vs. the texture on a paper bag (not nearly that, but that kind of feel) on the beech shavings.

A comparison of the powder metal irons on both at 200 shavings (this was after the edge battering on maple, the smooth edge pictures are from the side opposite the bark inclusion). 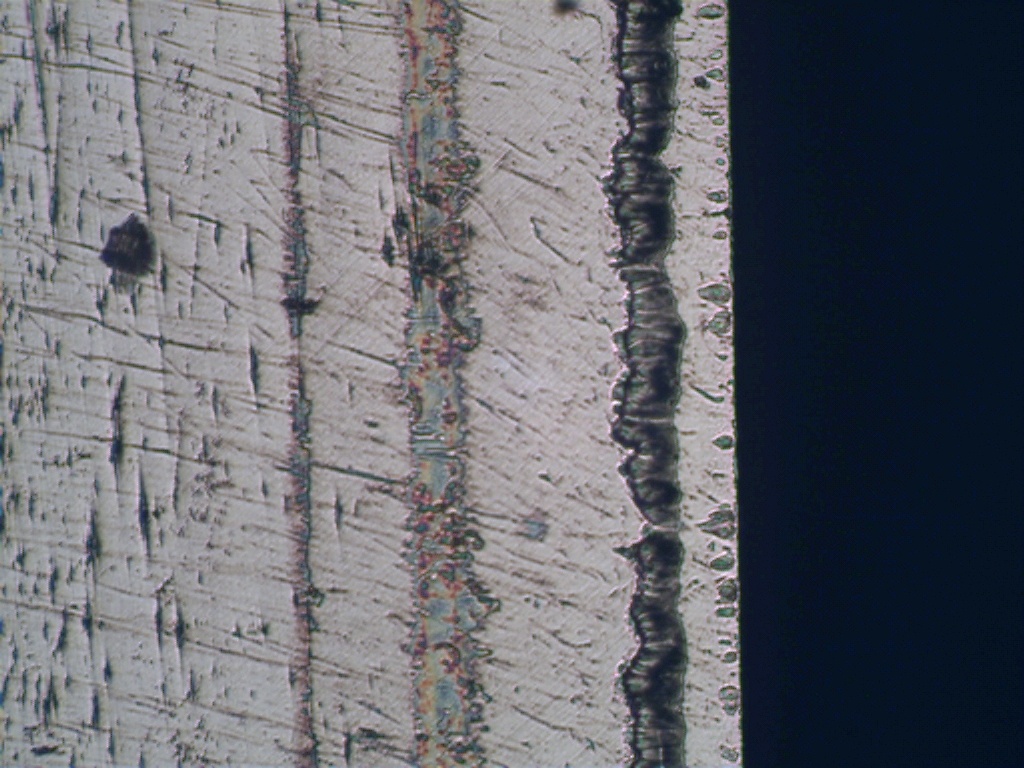 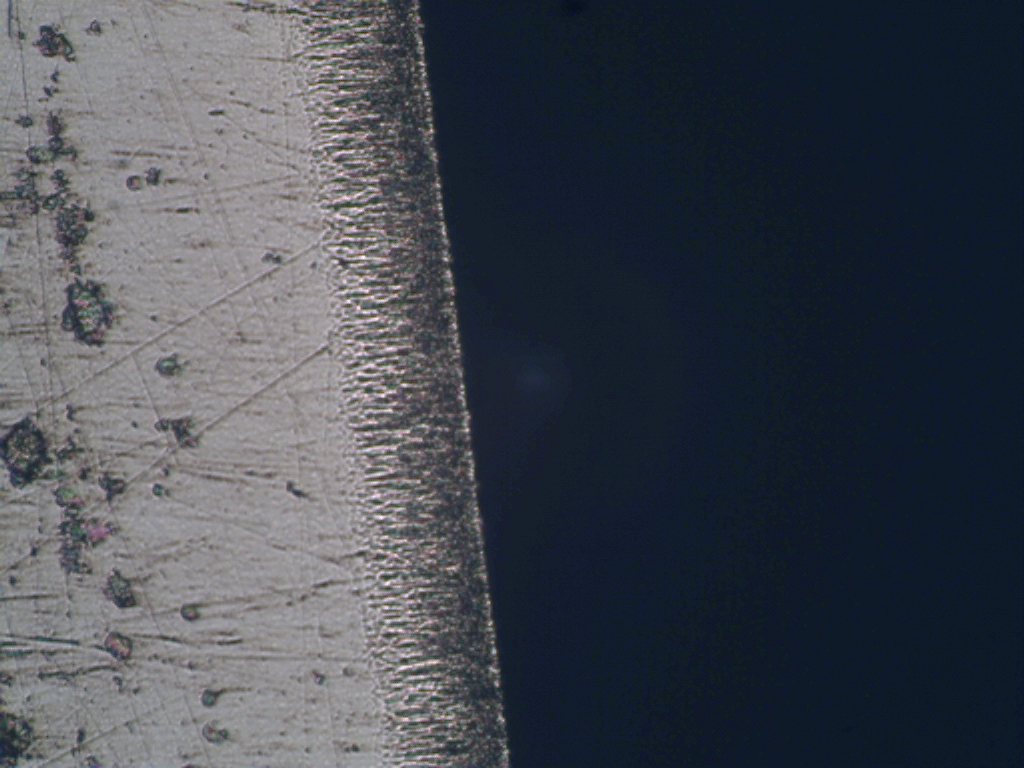 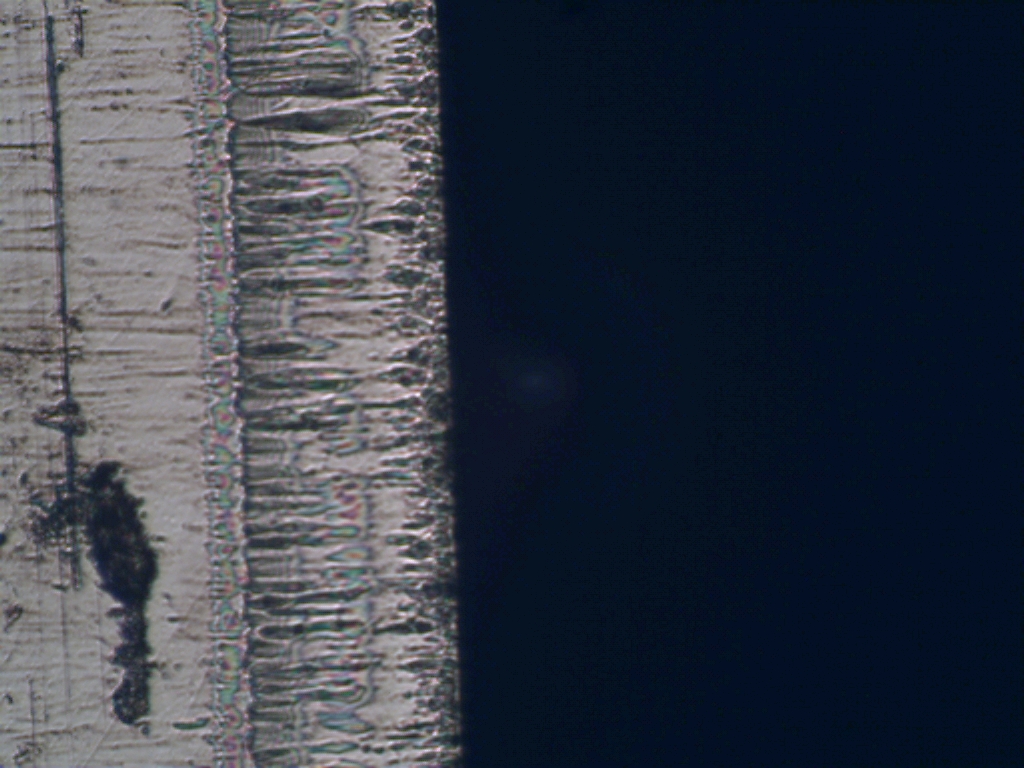 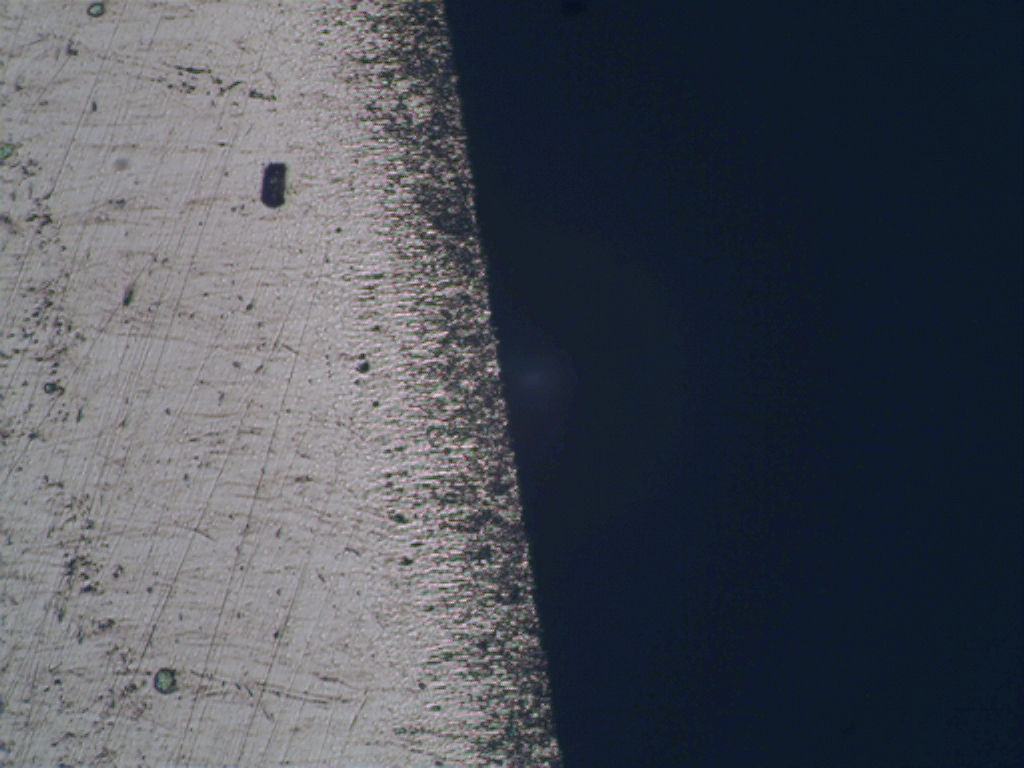 The edges are clearly coming apart differently in the two woods. Now, it may be that they're not that much different, but that the grainy texture on beech is less prominent (below the visual wavelength). Whatever the case, I'm not open to much criticism about results unless someone wants to recreate them.

As far as what the follow up to this is, subjectively during the maple test, I felt like the pictures showed less wear on the 3V. I'm not interested in retesting all of the irons just to see if I can make the results match my expectations, but these two irons were head and shoulders above the rest in maple (LN A2 was falling apart much more quickly than it did in beech, the HSS was taking a little more beating - also, if it would do better, who cares. If I can't convey the value of a $10 iron that does as well as it does, showing it in other test isn't going to make the message come through).

So, the follow up is that once I get pictures of the edges as they are on the bevel side, and before I do any other tests, I'm going to complete the maple test with the top two irons. If V11 again fares better, then other than curiosities (like figuring out if the tsunesaburo irons desire to release blobs can be avoided) the tests (end grain, different bevel angles, different levels of final finish) will be done with the O1 iron and the V11 iron only. They're relatively far apart, and we'll see if that relative gap stays there with some changing variables.

Where's patrick chase when you need him? I could count on patrick to reply that all of his edges would hold up to the same scrutiny under a microscope, but as cheap as it is to check that, I can only say - take an iron that you're using, sharpen it quickly like you normally would, and then look at the entire length under a scope. You're not likely to find perfection from edge to edge, and nobody would put a back bevel on an iron as large as I did on these - but you need to if you really want perfection at the edge of a really hard iron. The back bevel itself becomes a pain (to me) because once it has some size, it isn't refreshed in ten strokes. If it doesn't have some size, then stray scratches will go through it to the edge, and those will turn into nicks and faults (I will take a picture of the progressive development of one of those faults in 3V vs. O1, too).

Why you can't make blanket statements..

Re: You can't make blanket statements..

(It's a matter of likelihood, of course)