Subject:
pictures of the defects so far
Response To:
After 50 shavings.... () 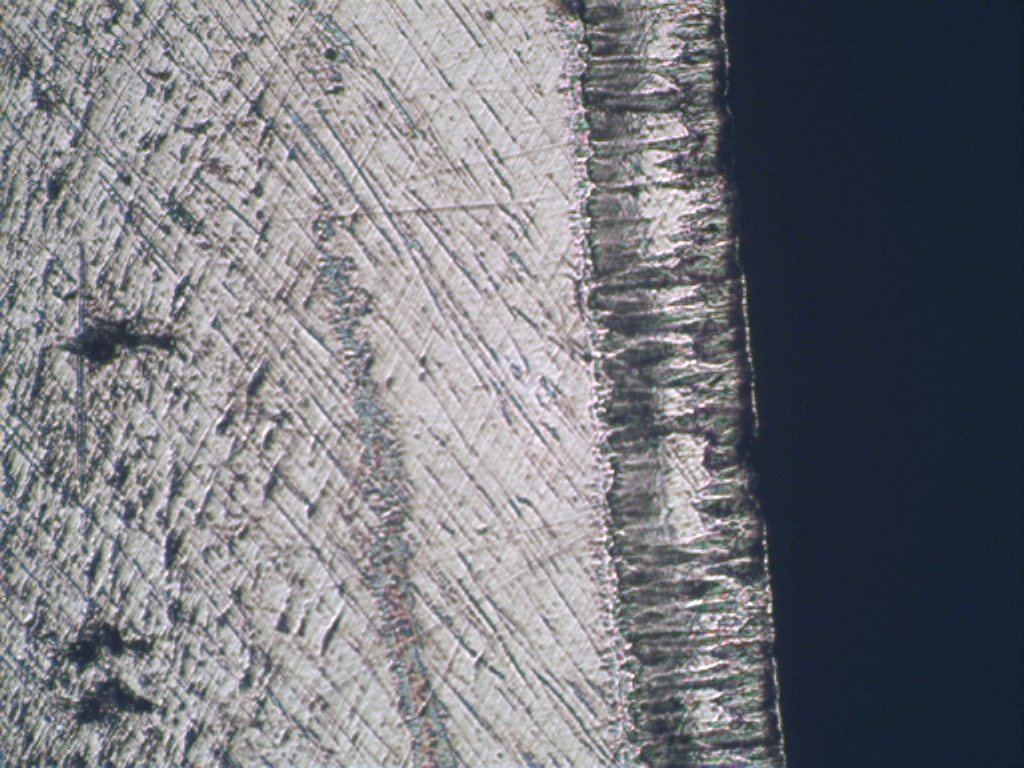 large defects (these are the biggest, leaving a nick that you can feel with a fingernail. Still something you wouldn't care about if you were scraping or sanding) 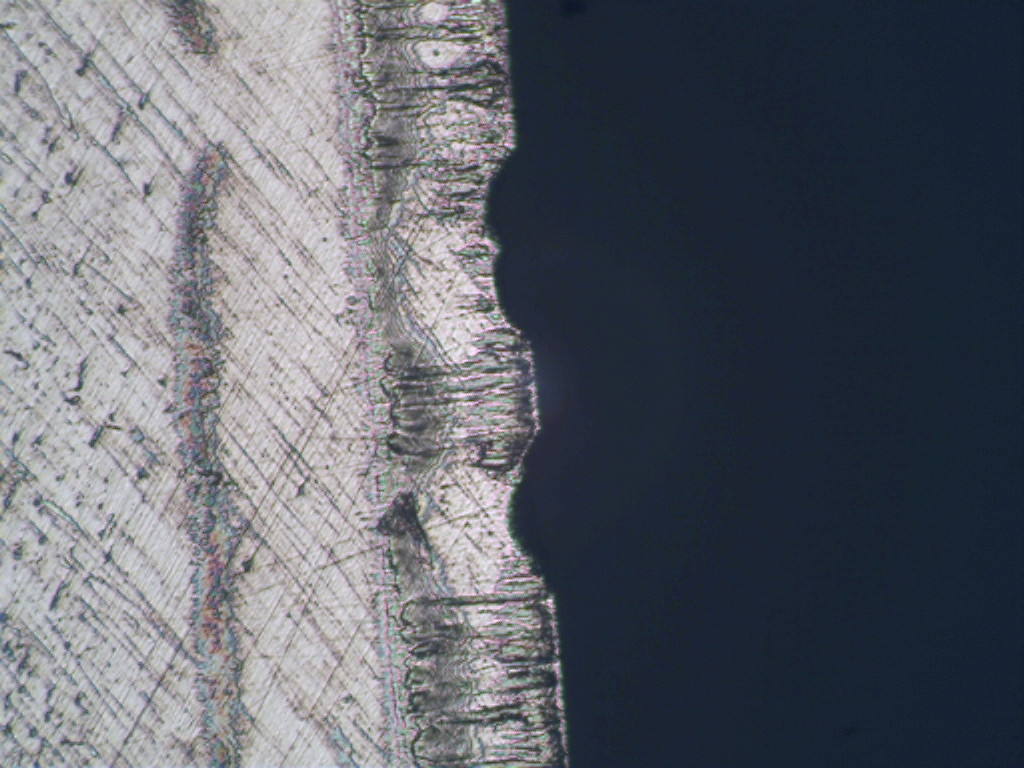 And then, there are spans that look like this: 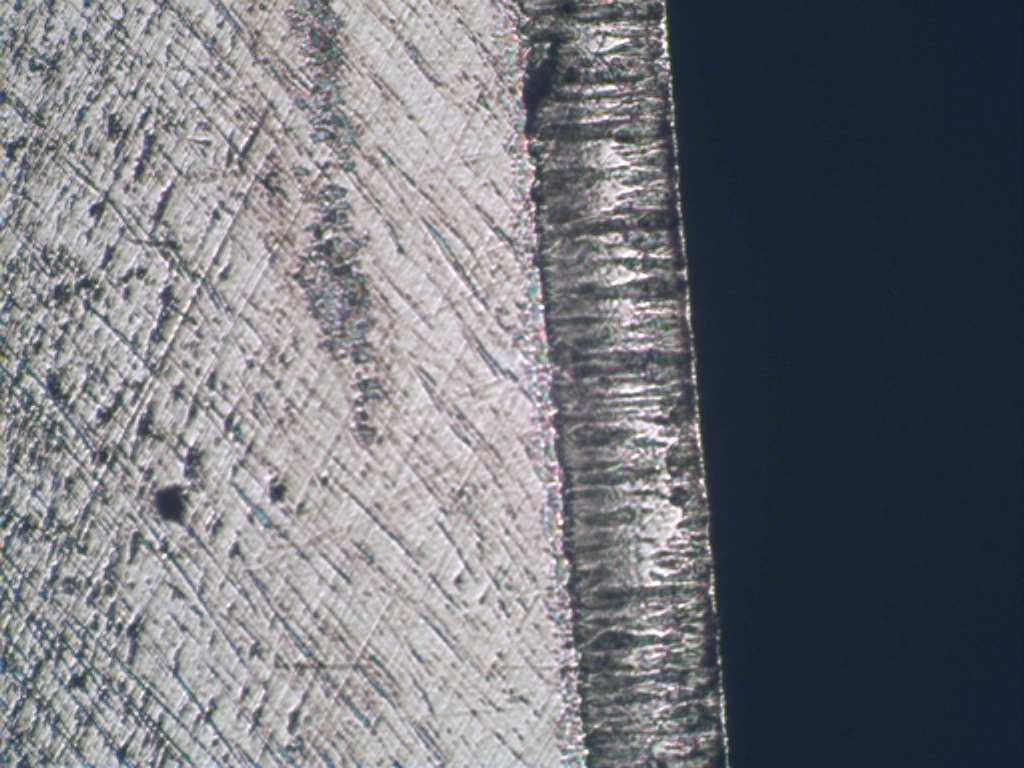 I resharpened and got the same things after 50 more passes, so the test hasn't really started yet. I realize I need to confirm for certain under the scope that the entire edge looks like the sharpening pictures before starting.

Sharpening is done with the charlesworth process because I still have my old jigs for that. Grind then 33 degrees with a 1200 grit diamond stone (Broken in), then 35 with 1 micron diamonds (thirty strokes) and heavy back bevel work with a steel ruler to make sure the diamonds get all the way to the edge.

If I can confirm that the edge is uniform when I restart the test and these defects occur again, I will continue on. I never finish planed with V11, so I don't know if this is typical or if it's me. This kind of thing is typical with A2 after not that many strokes, which I would refer to as a broken promise.

The promise is longer edge holding than carbon steel, but it's broken when you can finish a surface straight off of the plane.

I have never looked for opinions on maple, it's reasonably hard for wood from the united states, but it's very uniform and to my knowledge, not that hard on edges.

The wood that I'm using is straight grained, knot free and has been cleaned off and planed on the edge by another plane before this one to ensure that the surface is clear to start.

I had planned on making comments about edge defects only, but I realize that when I organize all of this stuff and post the results somewhere, I could be accused of bias. We all have bias. But I'm trying to make my bias in these tests toward the results being accurate, not what I think will happen.

Suppose some of these irons take defects..

Diamond sharpening is not issue if done correctly

Re: Diamond sharpening is not issue if done correc

Re: Diamond sharpening is not issue if done correc

Re: I'll go to the other end of the spectrum ..
Crystolon for 3v after grinding

Re: Crystolon for 3v after grinding

pictures of the defects so far

Re: pictures of the defects so far

Re: pictures of the defects so far

The other important part of this...

Re: The other important part of this...

Yes on the boards