Bill Houghton, Sebastopol, CA
29 years ago, my bride bought a used hot tub. Our then-12-year-old son (now age 41, which is how I know how long ago we bought the tub) gave us permission to use his little red wagon as a moving dolly, and helped us move it to the truck (six-foot-wide hot tub on a four-foot-wide truck bed made for fun driving on the way home) and then to its destination. The tub was probably 15 or more years old when we bought it - the company that made it had disappeared, so I base my estimate of age on the color/style of the ceramic tile that wrapped around the top.

I had to rebuild the controls/circuitry almost immediately, the previous owner having made foolish decisions like using a relay the size of a flashcube* to control 15 amps, combined, of heater and motor. Since then, I've been through several iterations of controls, motors, pumps, etc.; and fixed leaks beyond counting. Earlier this week, though, it developed a leak in one of two locations, either of which would be hard to fix, but most likely the tubing to the jets. I infer this by the fact that the mechanical space was not showing any leaks, nor was the area under the filter-to-pump connection under the tub, but the water was going down dramatically quickly - six inches in a couple of hours.

We decided to buy a new tub, and, when I started taking the old tub apart to remove it, I realized it was a smart decision. This is more or less what the old tub looked like (imagine the saw cuts visible in the picture aren't there): 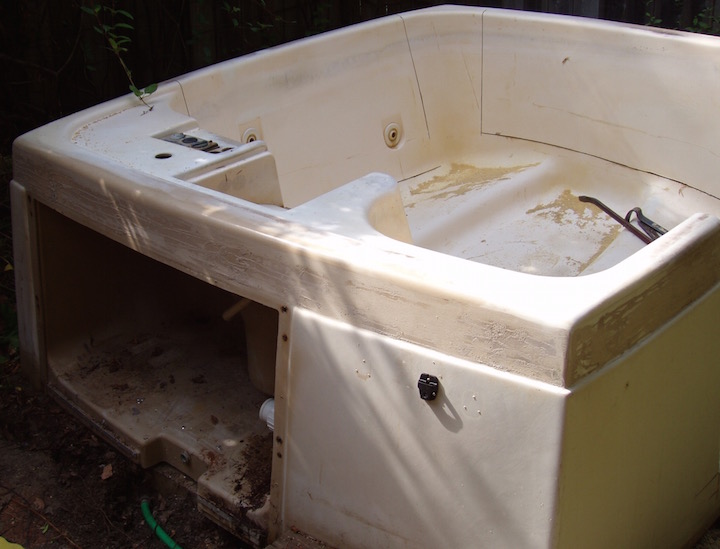 The shell was formed from one sheet of plastic, with a double wall on the sides. I hadn't realized that the company that made it filled the entire space between the inside and outside wall with foam: 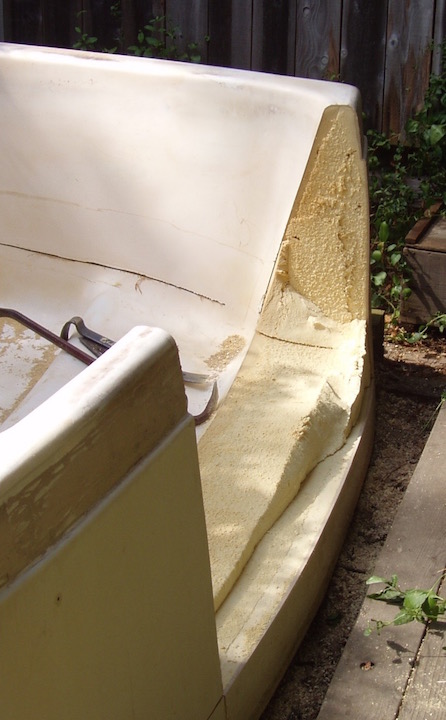 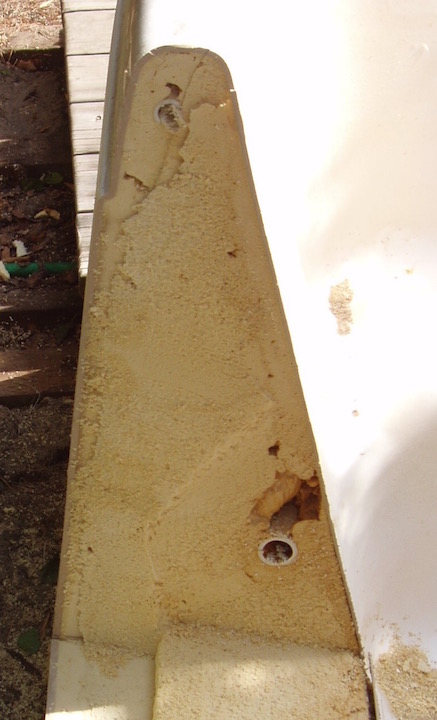 We're looking forward to a fancy new hot tub, but part of me is a little sad to see the old one go. Granted, it's been a bit like a British car: fix it, enjoy it for a while, fix it again, repeat in perpetuum. But it's been a source of pride that I did keep it going.

There's work ahead: the new tub needs full support underneath, so I'll need to build some kind of pad for it; and, while it's dual-voltage and I could run it on 120 volts, 240 volts will be better (faster heating, for instance), so I'll need to change the existing circuit over to a larger, 240-volt circuit. But, boy howdy, have hot tubs changed in 40 years! And the new one comes with a warranty, something I'm not used to having.
-----------
*For those too young to know the word, cameras once came with wee one-use flashbulbs as shown below. The camera turned the cube each time you wound it, so you could get four shots before changing flashbulbs.